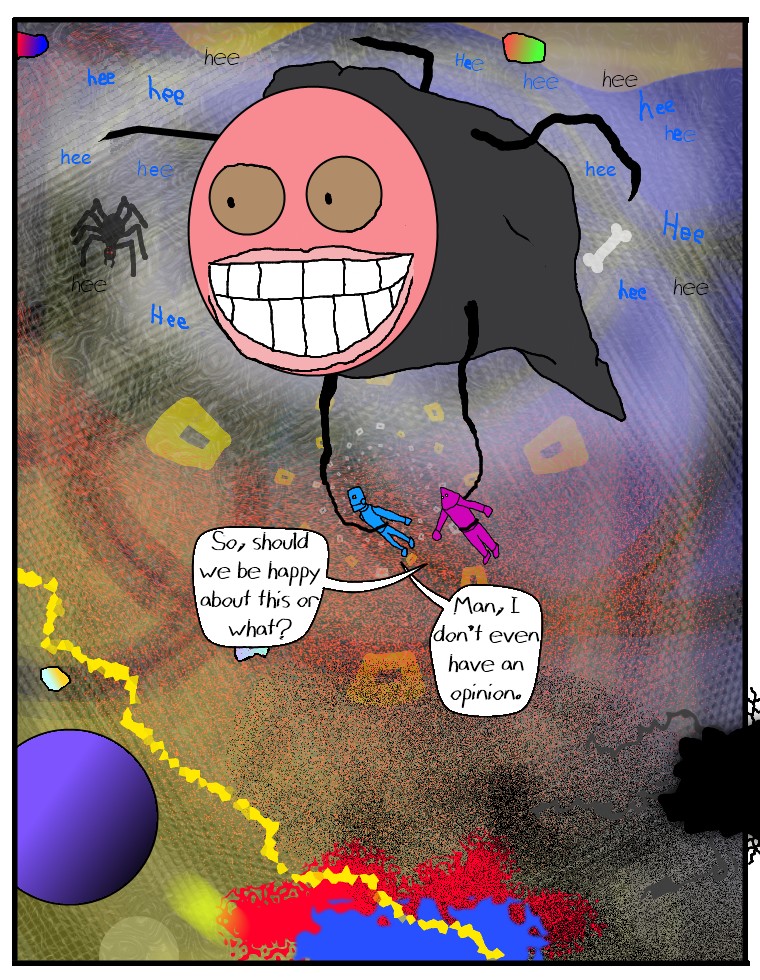 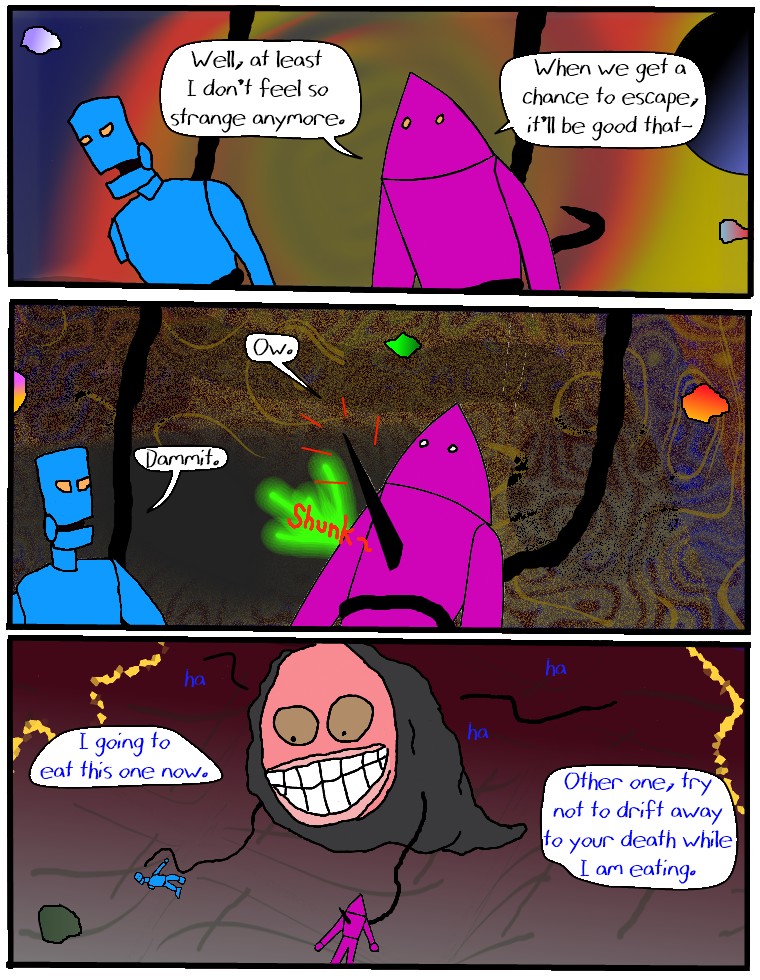 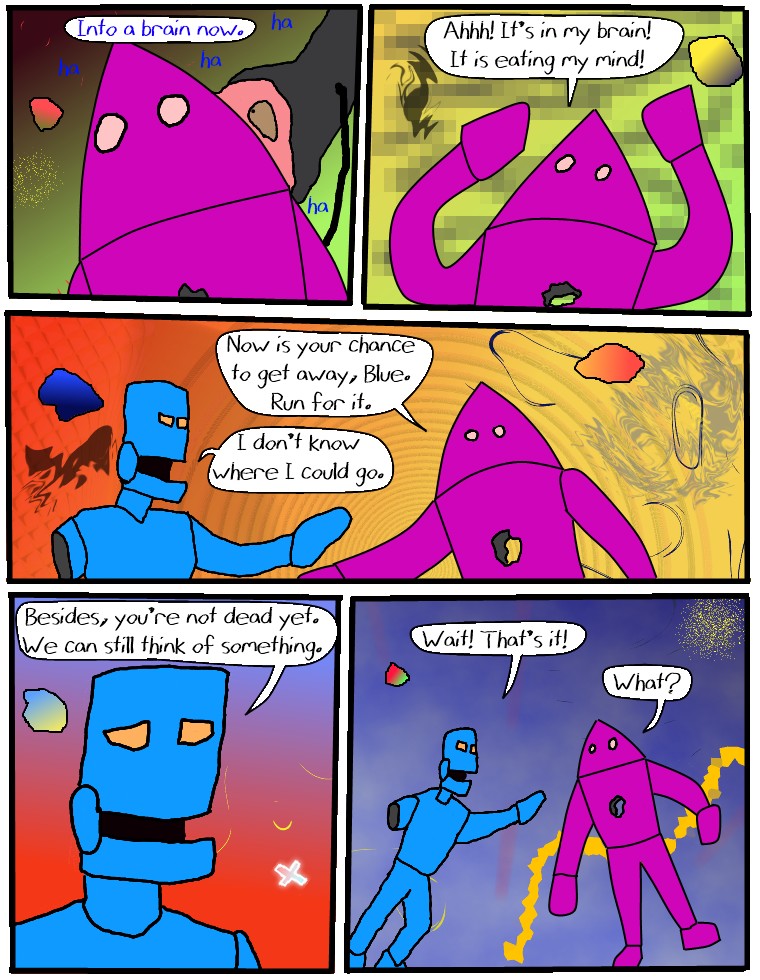 That Pulp Fiction reference on the first page was totally unintentional. I was halfway through the sentence before I realized it was happening. 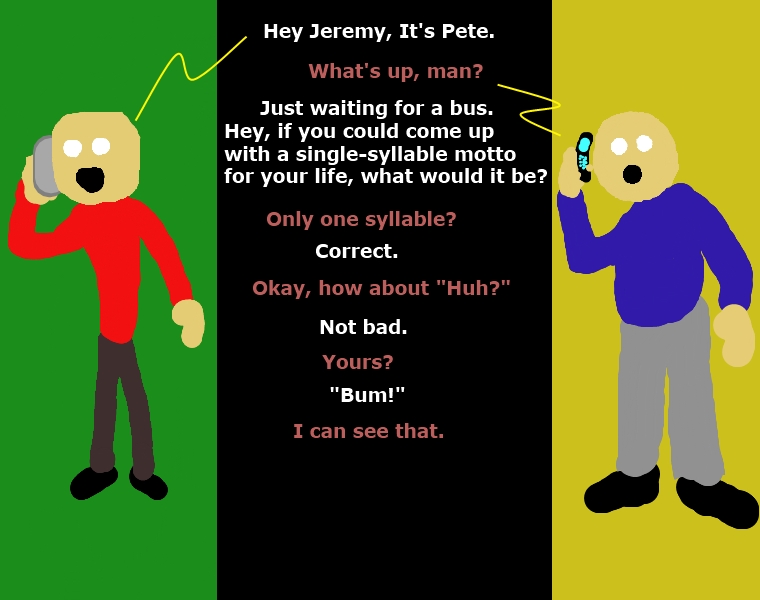 Today was a good day. On the topic of today, the weather is quite nice by PDR standards. I’d heard all these predictions that we’d be having the snowiest year in a figurative forever, but so far I don’t think we’ve had enough cumulative snowfall to hide the corpse of that hobo you would have accidentally hit when your car skidded off the road because of all the snow. There’s people out there who like to experience their holidays with snow, and sure I’d be happy for them if they had it, but I’ll personally take the bleak rainy overcast days we’ve got. I suspect it would be more popular if it wasn’t so dark, cloudy, and chilly but since I am, y’know, a creature of the night, the darkness is no problem for me. In fact since I currently do not own sunglasses, it is ideal. I wouldn’t mind a few less bone-chilling breezes, but hey, I’ll take what I can get. I mean, since there was no snow, you didn’t hit the hobo, so you don’t even need to hide his corpse! See how much better that is?

On the less cool side of this weather: the other day there was a total lunar eclipse, right? Some people even tried to make it extra cool by pointing that it landed on the equinox and that rarely happens apparently. It’s all well and good to enjoy that, but I don’t care ’bout no equinoxes, I just like eclipses. It was not visible, though, because of all those clouds that gave me the darkness earlier. Hey clouds! At night it is already dark. I don’t need you to save me from the sun at night.

I have this Halloween bucket with a cartoon Frankenstein’s monster on it that I keep on this desk here for loose change. I bought some of those little rolls for putting change in today and counted it mostly all up. I had about $150 sitting right there. Now most of that is going to go into my get a non-sucky computer fund. The little bit that isn’t? That’s going to be

Speaking of change, I was walking down Spring Garden Road today, so of course I got a guy bumming money from me. I gave change out of my pocket to him and continued walking. Then someone else asked for some, and I told him I gave it to that last guy. That happened three more times after that and each time I told them I gave it to the first guy. By far the best response was the bum who muttered, “Oh, I see how it is,” afterward. That amuses me.