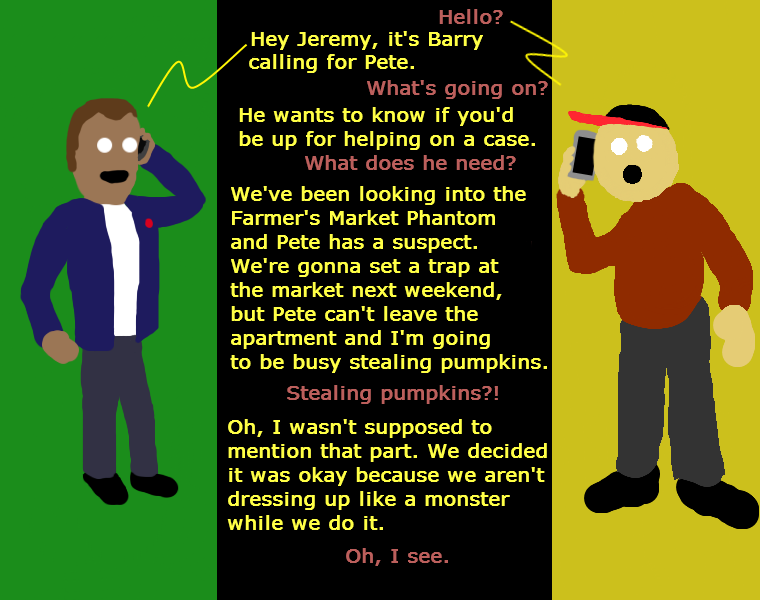 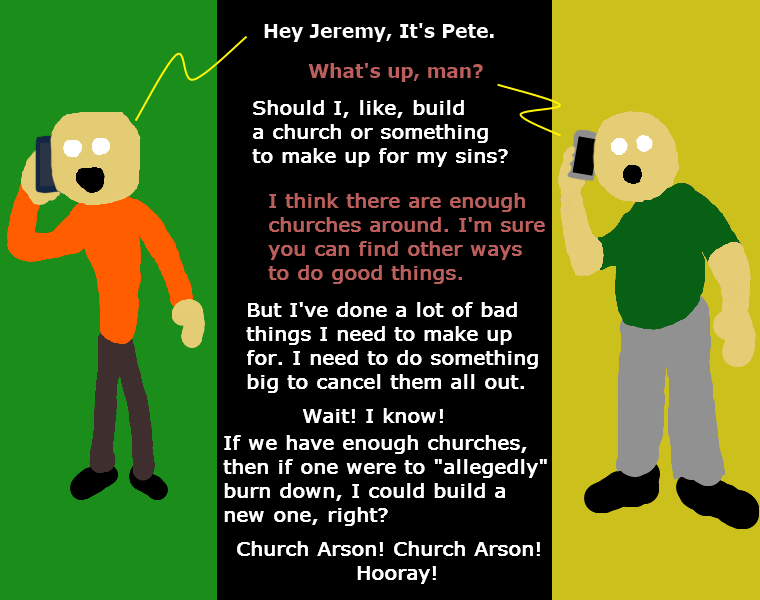 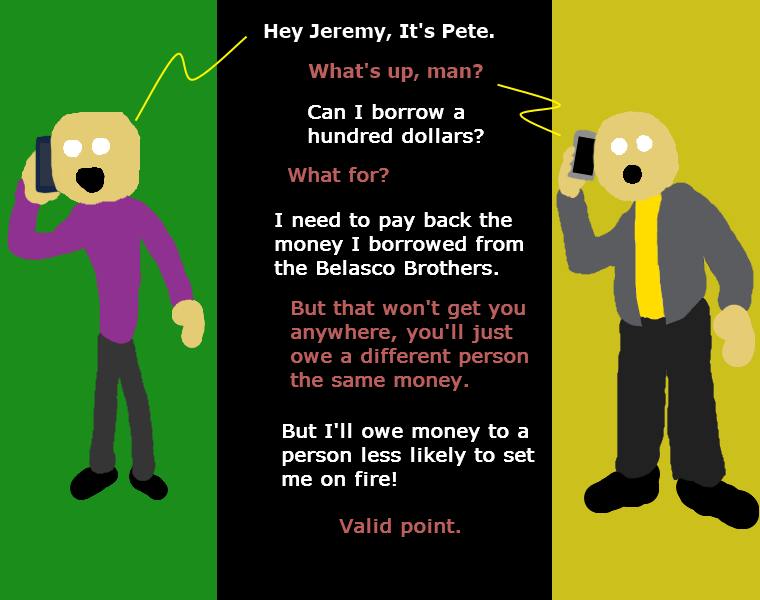 For some reason, I have put a Phone Guys comic on this website every week for ten years. It is one of the weirdest projects I have one the go. I don’t even quite understand why I do it if I’m being honest. I have purposefully gone about it in all the worst ways. Most of them can barely be classified as jokes. I have occasionally caught myself and edited something to make it less of a joke. I created a cast page full of characters that never get mentioned in the actual comic and I created a cast of characters who do get mentioned that aren’t on the cast page. I did that on purpose. One year I created an ongoing plot that ran for a year, but I made sure the strip went back to being as dumb as possible. Every year I add a new set of clothes to the Guys’ wardrobes and as time goes on I try to make no pattern of clothes repeat, except when I want one to repeat to amuse me.

Hell, even behind the scenes I’ve done a lot of work for this dumbest of strips. I’ve made notes on the history of the town that the Phone Guys live in, but I’ve never mentioned the name of that town in the actual comic. I’ve written a character study about Pete for a university class. I did a comic strip in the “Other” section once starring Jeremy’s neighbours. I’ve used online mad-libs-style story generators to write out the kind of things Pete dreams about.

To be clear, I created Phone Guys back in the Contains2 days, so they are older than a decade now by some amount of time I can’t be bothered to work out. And most of the reason I brought them back at all was because I had a punchline I wanted to use (the “veteran Aryan” one) and I didn’t have anywhere else to do it.

Why am I like this? I don’t know. But I am, so maybe we’ll have another ten years of this or maybe I’ll stop halfway through a strip and never explain why. You can never tell what’s coming with Phone Guys because the only thing I know is that it’ll be dumb. 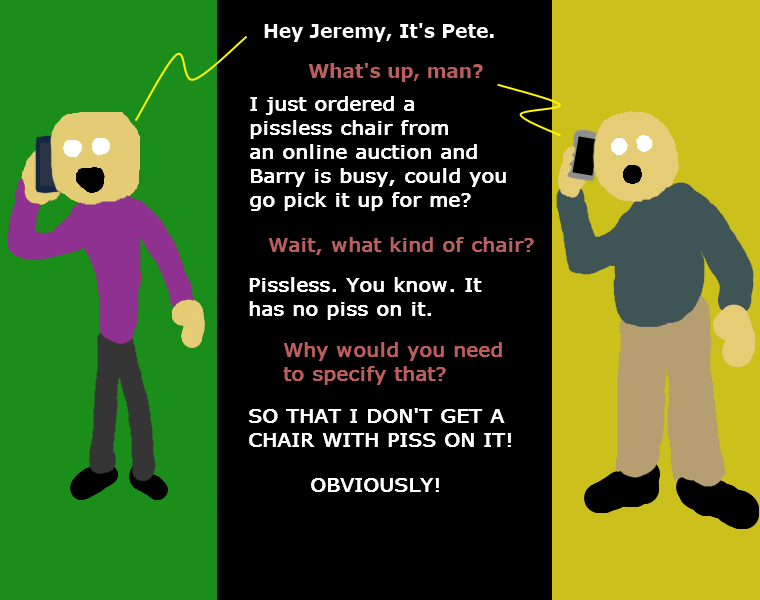 After last week’s out of this world season finale, we now begin a pissless new season of Phone Guys.