In the interests of obsessively cataloguing every detail of my life onto this site (which I have not been doing well enough lately) I want to report that on Tuesday, I took a night off work so that Marq and I could go to see comedian Dylan Moran as he begins a tour of Canada here in Halifax. I had a good time. Moran’s comedy consists of surreal tangents surrounding world-weary witticisms. In short, it appeals to me very much.

Sadly, though, I feel like the show didn’t sell out the way it deserved to. Looking behind me, I saw an awful lot of empty seats. Kinda made me feel like the city had let him down. I got to thinking, though, I wonder if it would have sold out if the students were still in town.

Now, I hate the students in this city and don’t miss them at all for the summer months, but there’s no denying they are a significant portion of our population here. We should look into finding some way to fill Halifax with a few more people, but ones who aren’t drunken idiots. That’d be welcome.

Anyway, in the unlikely event that someone in Canada finds this post in the next week or so, I suggest trying to get to one of his shows in some other city. In the more likely event that someone stumbles upon this post via a search engine a few years down the line, you’re here because I used the word “Irishman” aren’t you? Yeah, I can tell you are.

In the interests of avoiding homework, here’s some stuff I overheard:

On the weekend, I was walking home and there were these young girls, probably not drunk, but clearly excited that they would soon be getting drunk. They were singing that “Everybody’s Working For The Weekend” song. They were ridiculous.

Not long after that I saw some guy in a car roll down his window to yell at another car, saying “Hey I like your rims. You be pimin’!” and since it was cold out, I expect the driver of the other car had its windows up and did not hear. This guy was also ridiculous.

My point is that people are ridiculous.

I don’t eat fast food all that often. Oh, don’t get me wrong, I eat out a lot, it’s just that I prefer the actual restaurants where they take their time. Today I went to the KFC/Taco Bell that exists on my road for the first time in years. I had to wait a very small amount of time, like maybe two minutes, for them to make my food and when they handed it to me they apologized. “Sorry for the wait.” What? Come on! I hate that. I didn’t finish the song I was listening to on my MP3 player even. You don’t need to apologize for that! But what makes it worse for me is that they probably have to apologize because there probably are customers who would find that wait intolerable.

Some more thoughts about fast food restaurants: I remember when I was a kid the menus actually had words on them. The items of food would be listed by what they were so that you could look it over and make a decision. Now, it appears, the menus are little ads that use big pictures to try to make the food look as appealing as possible. These pictures take the same amount of room to advertise one food that could have listed half the items. I honestly had no idea how to find what I wanted. I’m an old man. Fortunately the guy at the counter knew what I meant by “Those fries with the Taco Bell stuff on them” when I asked for it.

Finally, there was a picture on the wall of Colonel Sanders appearing “on American television”. That is what it says. It specifies that Sanders is appearing on “American television” and I don’t know why. If they hadn’t specified that, would I have assumed it was a trip to Canada? What terrible chaos would have then ensued? 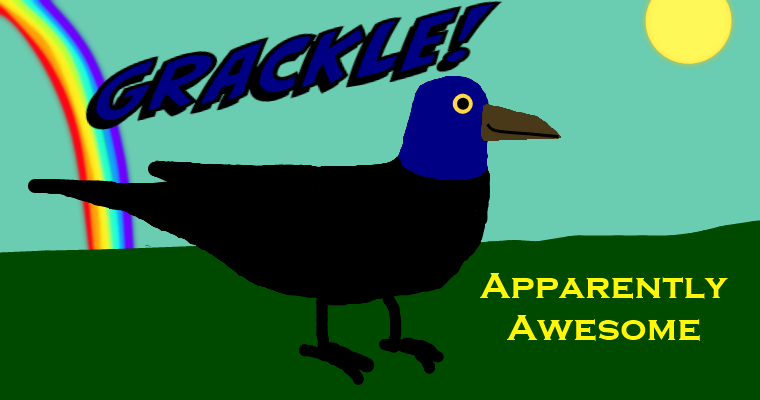 Those who know Halifax will know the Commons, a pleasant park-area-deal just minutes from my apartment. It’s a nice place. In the Commons there’s this fountain that, for no actually justifiable reason, I have been referring to as “my fountain” for years. Sometimes I like to relax by sitting near it.

Anyway, three times this year I have seen teen-agers urinating in the bushes around my fountain. Unmitigated savagery. Now I don’t like to mock people who go to the washroom a lot or anything. I know that not everyone has the superhuman bladder that I have and I just don’t know what it is like to need to pee that badly. I can’t relate. But here is the thing: There is a washroom in the Commons! They just built a whole building to hold toilets and such right there in the park it a couple years ago! It’s PLAINLY VISIBLE from the area where the fountain is. If these teen-agers are unable to walk a distance that takes less than a minute because their bladders are so useless, maybe they shouldn’t leave the house. Or at least invest in some device that allows for one to avoid the need for public urination. On MY fountain!

What is the world coming to?

In other news, when I woke up this morning I remembered the dream I’d had so I wrote about it to Marq. Now I’ll copy and paste that here to fill up the rest of this post: I had a dream where I wasn’t me, I was some woman who worked in a hospital. Then a non-specific apocalypse happened and I, and at least three other hospital workers all became undead (we called ourselves zombies, but we had no zombie-mindlessness or cravings) and we kept the hospital open for survivors who needed help (there were many). At some point a woman who looked a lot like me came in to the hospital and it turned out it was on of my ancestors who happened to be a vampire. We got caught up and she didn’t drink my blood because I was dead. Then she had to leave town for whatever reason.

And let me add something I forgot to mention in that account: There was a point where I was totally jamming my wrist in the face of my vampire ancestor to see if she could smell the blood. She couldn’t.