Because it is the holidays, and I feel like doing something different, I am giving myself the present of world-building.Today I do not give sketches of new characters, but characters who have appeared in minor capacities elsewhere on this site that I am now going to flesh out more. 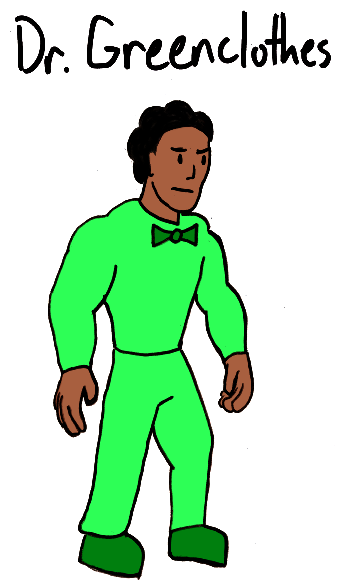 Dr. Greenclothes is his world’s foremost scientific mind. He is also an exceptionally badass adventurer. Always expanding the horizons of his knowledge, Greenclothes has delved into trap-filled ancient tombs, fought aliens on other worlds, mentally communicated with minds in other realities, and much more. He doesn’t plan on stopping his search for truths until someone sufficiently badass can stop him.

Doctor Greenclothes appeared in this comic here. I still vividly remember that strip’s creation. It was like “I want to draw something. I’ll make a head, draw some clothes, okay those are green clothes. Who would wear green clothes? Dr. Greenclothes, of course. What would be be doing? Public service announcement? Okay…” and so on. As you can see, he came into shape as if his existence was just a given. I took that as a sign that he was important, so he got a cameo mention thing in one page of a Hover Head story and he will return if I ever get around to doing more HH stuff. 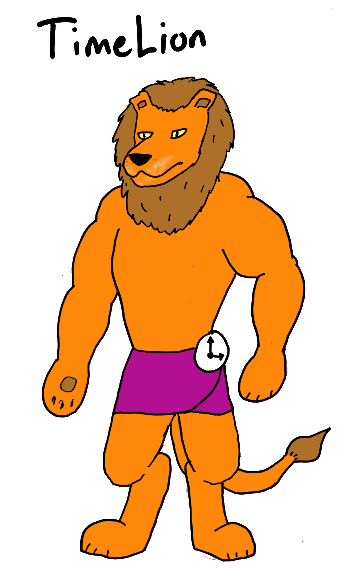 Metaphorically, it all starts in the Beginning. If we consider Time as a river, the Beginning is the waterfall from which it flows. Next to this symbolic waterfall is a castle. That castle was where the Timelion lived. Symbolically. Timelion was king of the Time Jungles, and was a just king, but one day, the Timelion’s evil brother, the Timevulture, overthrew him. They fought on the roof of the castle, the Timelion losing when he was kicked off the roof, and into the river below.

The Timelion then had to deal with existing. Once he was in the timestream, he was no longer an idea, but an actual solid thing. Shaped into the form of a man-lion by the stories told about him, he now has no way to return to his metaphorical Beginnings. Luckily, some of his loyal followers have followed him into reality in a Timeship called the Moment’s Notice. The Timelion now travels through the ages seeking some way to wrest time from his wicked brother’s control, having all sorts of adventures along the way.

Timelion first appeared here. Unlike Greenclothes, where I the character appeared and I built him up in my head, Timelion was a more thought-out idea that I decided to introduce in a stupidly minor form because that is the sort of thing that amuses me to do. Admittedly, Timelion stories are pretty low on my priorities list. 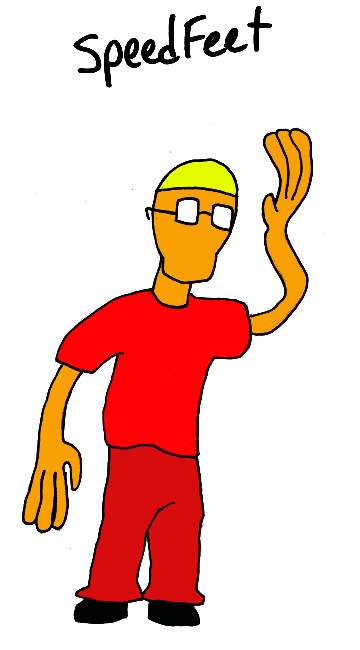 One particular demon hated it there, and made no secret of it. He lodged formal complaints, and tried to start petitions to get things changed. His whining got on everyone’s nerves, though some agreed with him deep down. Eventually the demon in question decided to take matters into his own hands and liven up the place with some plants. Pretty soon after that, he was kicked out. Using all of his mystical energies, the demon became Speedfeet, approximating the human form as best he could. He came to Earth to find a more fulfilling life. Turns out, that’s a lot easier on Earth than it is in Hell. After making a friend in Joe Gamolli, Speedfeet now runs a mildly successful flower shop.

Speedfeet was introduced in a strange Christmas story I whipped up in the Contains2 days. I don’t expect I’ll need to tell more stories with the character, but for world-building reasons, I am noting that he, and Joe Gamolli, are present on the same world as Mythologikelly. 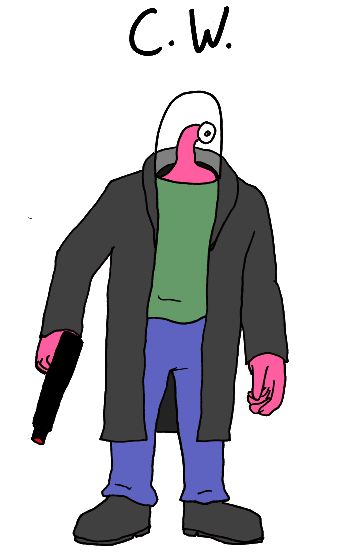 C.W. is a Fundroon. Fundroons are an alien race of shapeshifters. C.W. tends to forget he can change his shape, because he is a lot more happy just shooting.

Leaving his homeworld at a pretty early age, C.W. was attracted to the Space Army by his love of weapons. The Space Army, a pangalactic agency that welcomed beings from all worlds and species, stationed C.W. on their proud flagship, the name of which would embarrassingly be translated into English as “The Stinky Saucer”. Many adventures were had, but when the Space Army had successfully mapped out the entire universe and created a mostly-lasting peace, the Stinky Saucer and its crew were given a much-needed chance to rest. C.W. drifted back into civilian life, but never really knew what to do with himself. Still considering guns his favorite thing, he became a thug for hire, working bodyguard jobs and doing private eye gigs. Eventually, though, he got a call from his former captain, Farniconigon, who had a new mission for him. A mission that could bring him… to Earth.

C.W. was, for some reason unknown to me, the character in my Space Army comics who had most stuck with me. We haven’t seen the last of this guy if I can help it.

As I mentioned last week, the New Superhero Team is a sort of rival group for the Team of Superheroes. Here we have two more members of that team: 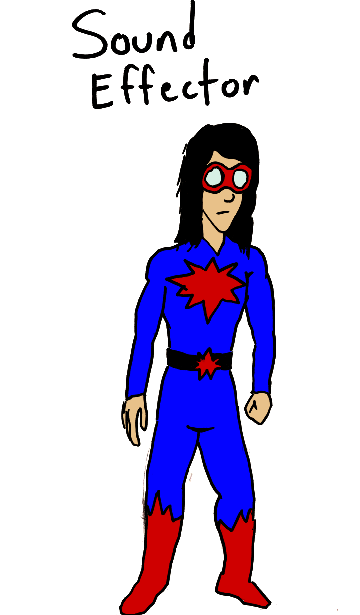 Once a prominent sound technician, Amber Yoiks’s life changed after she helped record an album by a prog rock band made up of wizards. Accidentally inhaling some of their “Mystical Smoke”, Amber gained the ability to see, touch, and control sound. For example, if she heard a “POW” it would appear before as a floating word in a starburst, which she could then throw like a shuriken, or ride like a hoverboard, or just expand to make it deafening. With powers like that, she figured “might as well be a superhero.” You heard it here first. 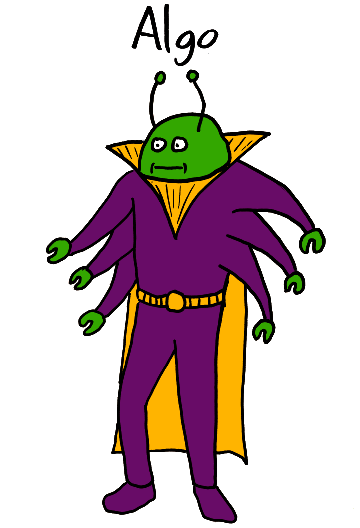 When you are on a superhero team that routinely fights alien invaders, it can start to seem like you just don’t like aliens. That’s not the sort of image a group wants to foster, so that’s why the New Superhero Team brought in Algo, the Token Alien. With a ton of weird and wonderful powers, Algo is not only useful, he’s also a constant source of entertainment. He’s one of the good ones! 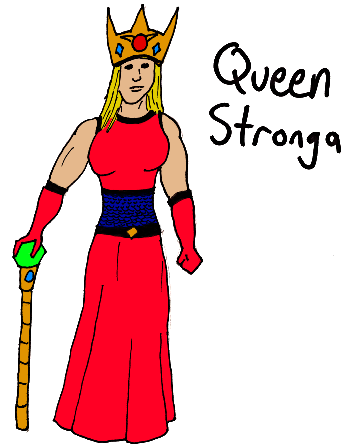 Queen Stronga, the queen of Strongania, is one strong queen. Stronga is used to the finest things in live, but she is not some pampered royal. Having been ritually bathed in space steroids since she was an infant, Stronga is fully capable of punching a hole in a diamond guillotine and could easily shrug off the blast from a dozen exploding powder kegs. Long Live The Queen. 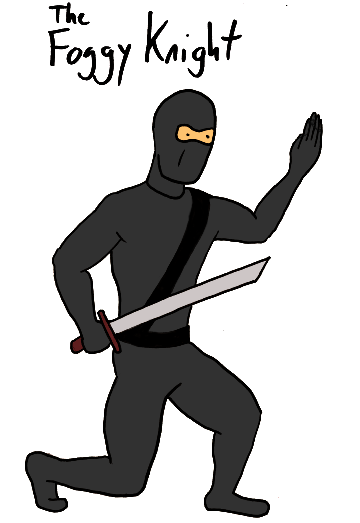 Fogbert G. Knight starred in so many martial arts movies that he suddenly became a real martial art master. Now he has the mystical ability to melt into shadows and has a sword that can sense the blood of enemies. Foggy Knight does his own stunts.

I wish I was making Hover Head stories more than once a year, but I’m not. But it doesn’t matter, because here’s one right now. Click on the first page to see the rest: 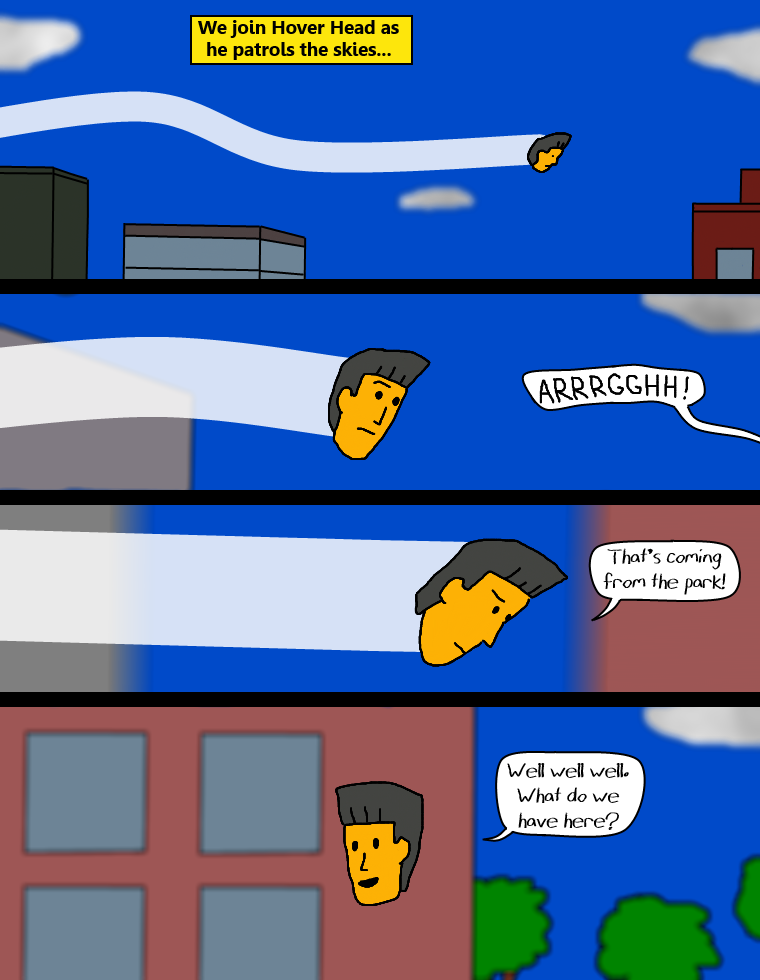 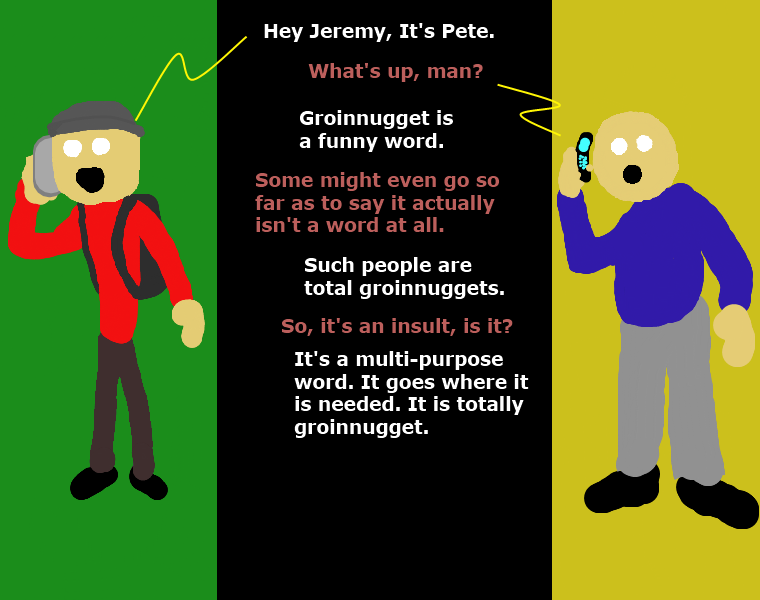 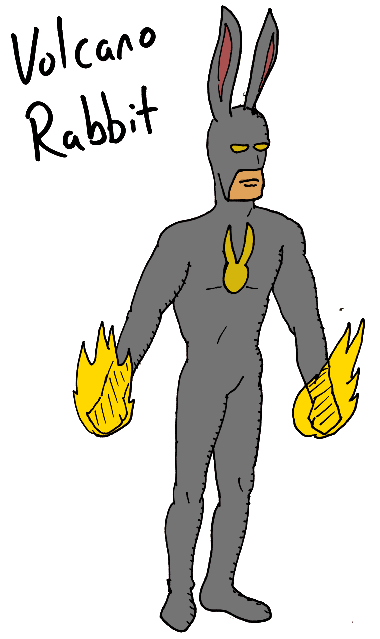 Pedro was born into a family of established superheroes who all took animal-themed costumed identities. The Family Animalia was founded by Pedro’s grandparents and was quite successful back in the day. Pedro’s parents, aunts and uncles were the high point of this team, saving the world a handful of times, but Pedro’s generation has mostly abandoned their noble traditional vocation. Pedro’s cousins are mostly content to live off their celebrity, his sister has opted out of a dangerous action-filled life to serve as the tech support to the Team of Superheroes. Pedro alone remains an active participant in the fight against crime as the grim vigilante called: The Volcano Rabbit. Some call him obsessed, but none can deny that his fast feet and fiery fists have brought down more than their share of criminal scum.

I first conceived of this guy when I was thinking of the background of Rosita from the Hover Head stories (It is worth noting that even a character like Rosita, who has appeared in roughly two pages to date, I have put a lot of thought into. I’m obsessed with this stuff, but very slow with the output). She was once Techtudinidae, a superhero in turtle-shaped high-tech armor, and from there I got to the idea about the family of animal-themed heroes. After that it was a natural progression to make one of them based around one of my favorite species of animal. Naturally, since the universe with Hover Head is my most overtly comical superhero universe, I had to make the guy based around the cute and harmless critter a badass Batman-style guy.