The Space Army is a series of comics I made back around ’96 or so. Inspired by my love of Star Trek and the Space Quest games and living by a belief that aliens and robots are easier to draw than people (I still believe this) I created the Space Army. They were just drawn on paper for my own amusement and not intended for any Internet audience, I am afraid. As such they were not kept well preserved. The scans are overly light and occasionally the papers are ripped or folded. Nothing I can do about it now.

A Bonus Drawing of C.W.: 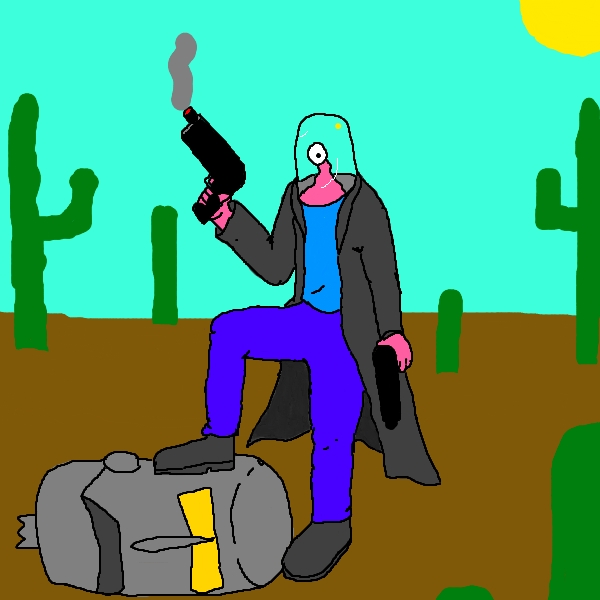 Back to the Comics Section.