Once again I’m seeking to speed up the process of working through all the Gurxian animals I’ve drawn by posting a bunch of them that aren’t connected by any single region. 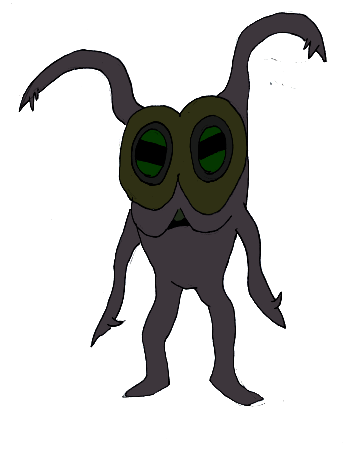 A species of nocturnal predator that hunts in the dense forests of Gurx, the Iakeab are stealthy creatures with excellent lowlight vision and a tendency to grab onto their prey and just hang onto it until it tires itself out. Iakeab like to build nests in the rotting remains of vegetation. 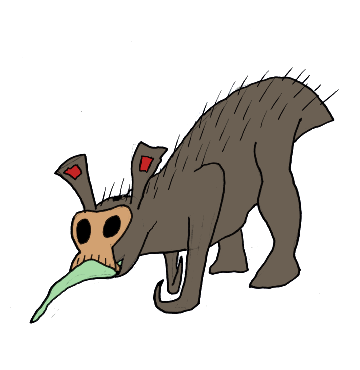 Uuggovoau are a grasslands species that has specialized in eating nests of smaller animals, especially small Vootuph that live in tunnels in the dirt. Their claws are perfect for digging open the tunnels and they can insert their long Rel to catch their prey. 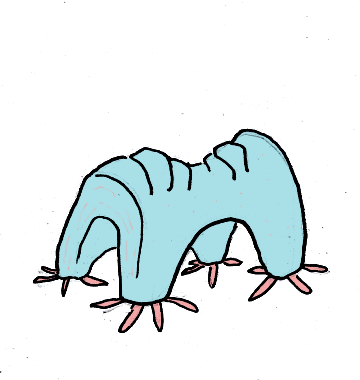 Living in the shallow waters near shorelines, Simauginis are soft-tissues filter-feeders that walk along the sands in the day, and burrow into it at night. If they are divided into chunks, each can grow into a full-grown Simauginis over time. This, and their rapid reproductive rate, makes them a plentiful food source for a variety of predators. 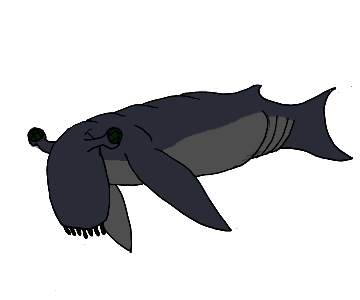 Large, aquatic creatures with eyes on stalks, the Otyanoa are docile and often farmed by Strondovarians in cooler oceanic regions. It is generally assumed that Otyanoa would be extinct if not kept by Strondos, so they’re treated as an example of the Strondos’ mastery over shaping their planet. 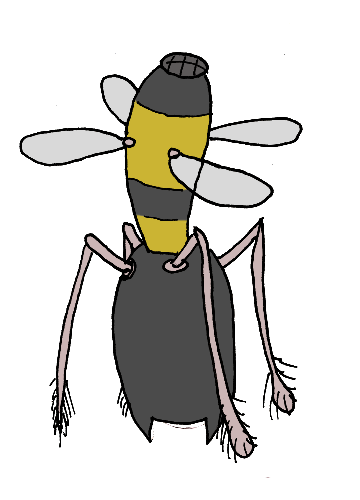 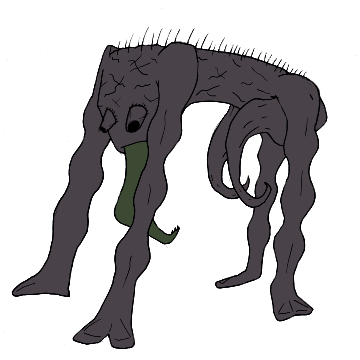 Another predatory species from the dense forests, the hindmost limbs of the Imbaukla have curled forward into limbs used to move the detritus that gathers at the forest floor to flush out smaller animals to eat. Imbaukla are tall creatures, standing as high as an adult Strondovarian, with eyes that can move independently to help them spot prey to grasp with their sticky Rel. 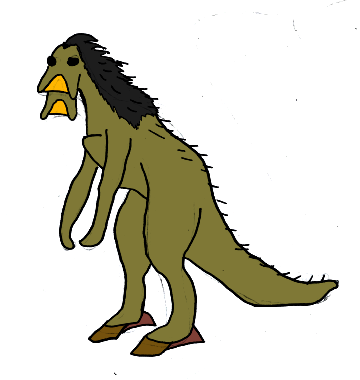 A flightless species related to the Glounaph line, the Oaushaue are nearly endangered and now only exist in captivity. This has made all three-hundred and seven remaining Oaushaue extremely notable and they are prized possessions of famous individuals and organizations. It is good luck for the Oashaue, at least, that their captors want to take care of them, lest they lose their status symbol. 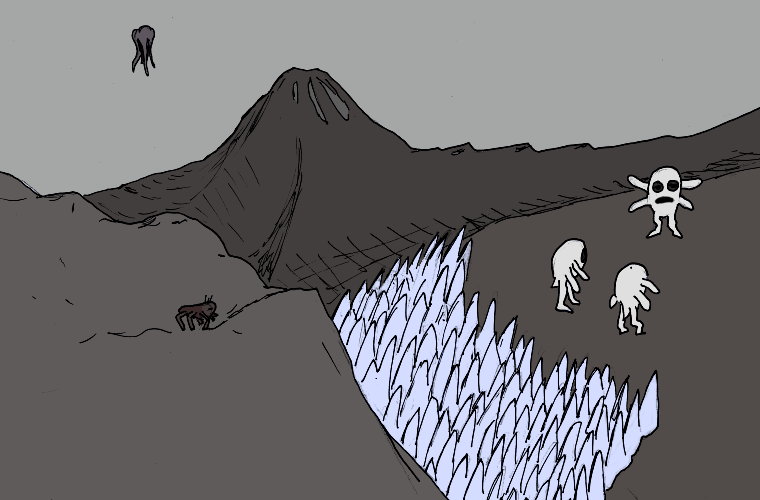 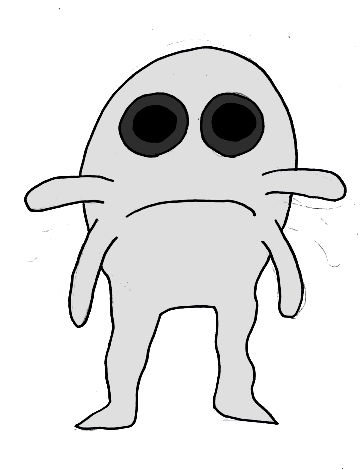 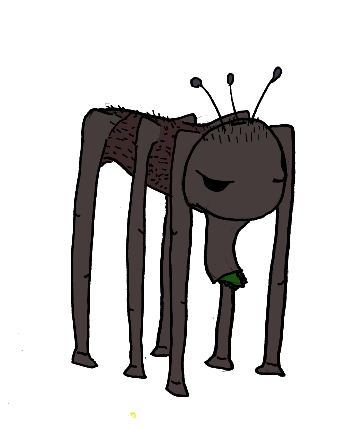 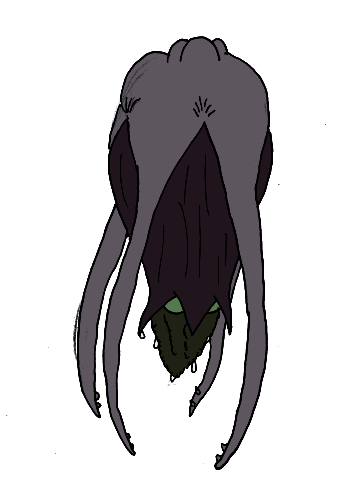 At this point we’ve covered a lot of the animal life that can be found on planet Gurx, and we may have seen some of planet’s version of plantlife along the way, but we haven’t focused on it. Here’s where we remedy that:

For the most part, the type of life forms that the Strondovarians classify as “Aataa” have roots that they use to anchor to soil, and extract nutrients and water, and many can use photosynthesis. They are as similar to the plants one would find on Earth as anything on Gurx. 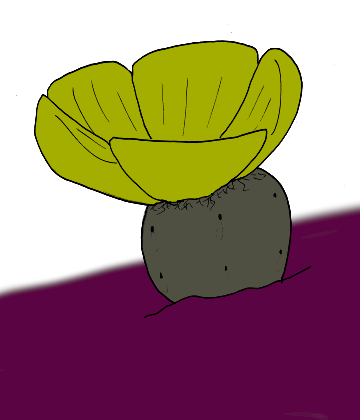 One of the most common kinds of Aataa on the planet are the Ovauep, which have petal-like leaves on top of a large bulb. In addition to taking in sunlight, the leaves will, when in the presence of moisture such as rain or dew, react by forming a sort of funnel to help the plant drink it all up through its top. The Ovauep uses this moisture to make a kind of “juice” that seeps out of its sides to attract animals who drink it. This juice contains the Gurxian equivalent of pollen, which can travel via the animals to mingle with other Ovauep and allow for reproduction. 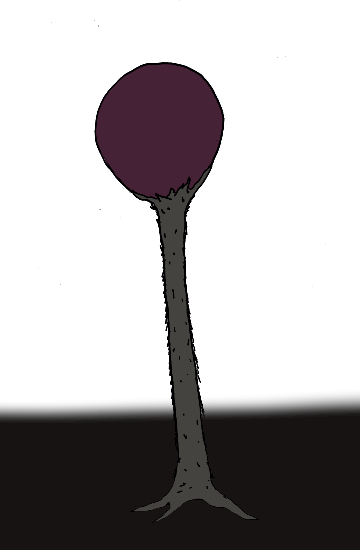 Found mostly in batches alongside rivers and streams, Aeklay are essentially straws that draw moisture from the wet soil to produce a fruitlike bulb that, when matured and pollinated, will dry up and blow away in the wind usually falling into the water that will wash it to some other wet soil where it can begin again. 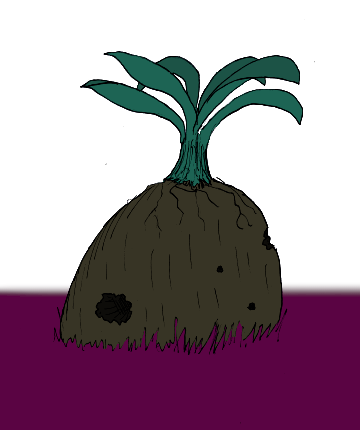 Similar to the Ovauep, the Aeossolay attract animals with the promise of a meal and will send them away with pollen. There are some differences in technique here, though: the meal of an Aeossolay is not juice, but a nut-like substance that is, by most accounts from Strondos, quite delicious. But don’t get too greedy, because if an animal digs in too deep (where the food is softer and easier to eat) while the plant is hungry, it can trigger the Aeossolay to release a chemical that will paralyze and digest the animal. 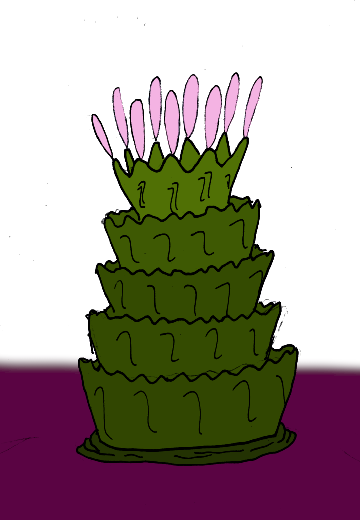 Considered beautiful by Strondovarian culture, the Aishiaro are an ancient form of Aataa that grows in a sort of layer-cake form. Each year, a new tier of the Aishiaro grows from the middle of the last, building up and up until the time comes for it to release a cloud of spores, which are followed by the beginning of next year’s tier. 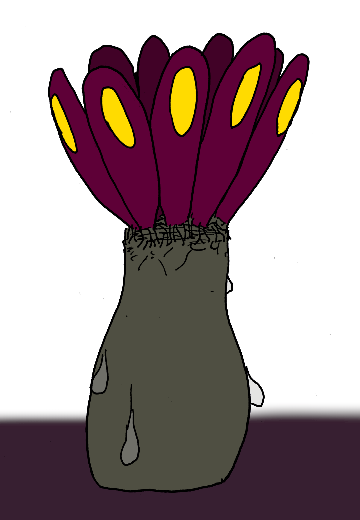 Located on the dark floors of the Gurxian forests, the Ooabbi are named something close to “blinkers” for the bioluminescent patterns they use to attract their prey. Like the Aeossolay, these are carnivorous Aataa, but they do it with poisonous pollen-juice that can drop a victim dead near-instantly when it comes into contact. Luckily for the Ooabbi there are some species of small Vootuph flying about the forest floors that love to scavenge and are immune to this poison, so these Aataa can still pollinate and reproduce effectively even as they pile up corpses around them. 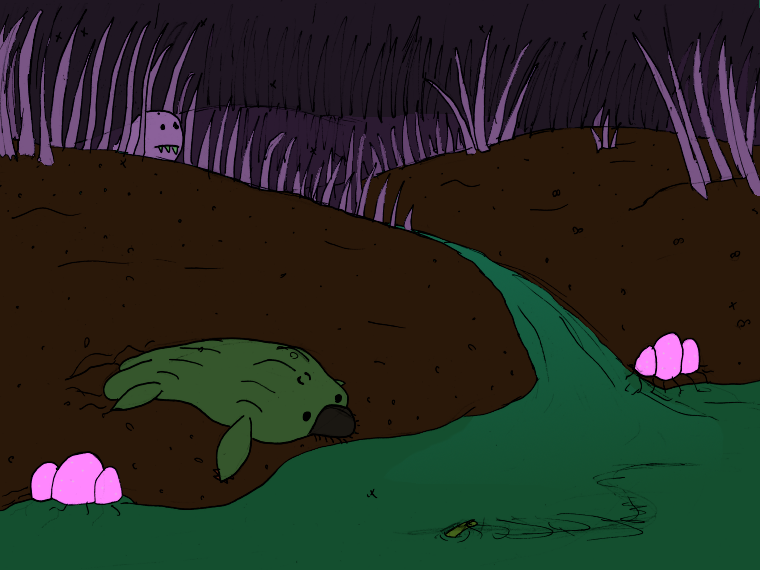 In a swampy region near the slimelands, an Ekilaei returns to the stream while other animals nearby watch for a potential meal. 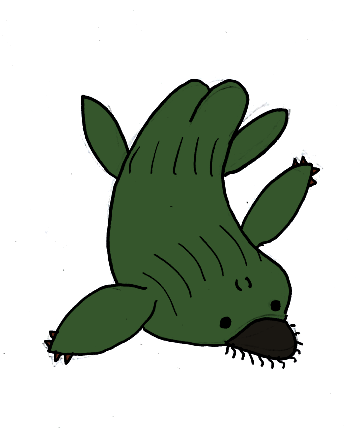 An Ekkpay species that has evolved to live a mostly aquatic life, the Ekilaei still come to land for things such as escaping aquatic predators and, more importantly, burying eggs. Full-grown Ekilaei have barbs on their forelimbs that can deliver a small amount of toxin to a predator, but Ekilaei young hatch under sand then make their way to the nearest body of water, with only luck helpinig them to avoid predators along the way. 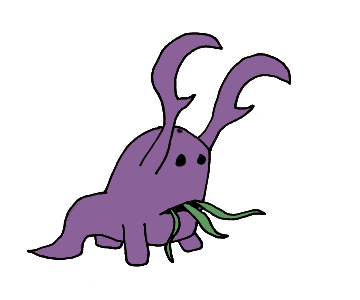 Lurking among the grassy plants is a Sesennrel, whose name means something close to “Stabtongue” in English. This is because the Rel of the Sesennrel is split into three sharp tendrils, each coated with a paralyzing ooze, that can be used to stab prey. Their primary mode of attack is that of an ambush predator, waiting among foliage until a victim wanders within range, but they are not unwilling to act as scavengers when the opportunity presents itself. 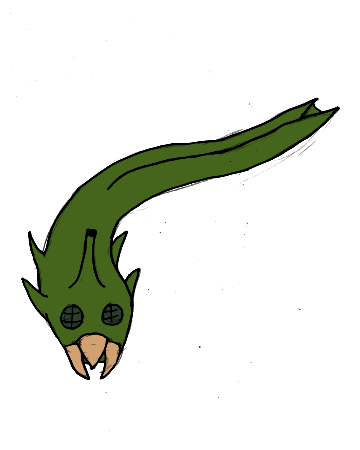 Hidden in the water here is an Elleero, a type of air-breathing, river-swimming predator. A cousin of the Ekkpay, the rear end of the Elleero is developed for swift bursts of speed in water and their beaks allow them to grab smaller animals. The flexible snorkel allows them to remain still and wait to pounce, acting as another ambush predator. Things like infant Ekilaei make a good meal to an Elleero. 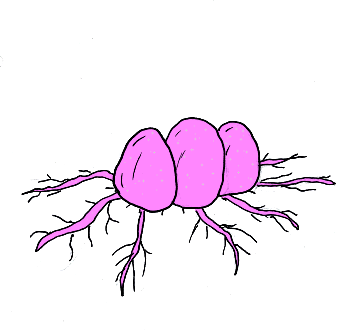 There are a couple more animals in there, but sedentary ones that could be easily mistaken for a weird sort of plant. The Chirgen look like balls of gelatin with tendrils that hold them in place along the flow of rivers and streams. The tendrils extend into the water to leech nutrients from slime runoff. After reaching maturity, about once a day they will deposit a tadpole-like offspring into the water which will swim off to find its own place to anchor, though only a few survive the trip. Mature Chirgen are quite poisonous, but they were a useful ingredient for Strondo medicine in the early days of the species.

The Strondovarian word for death is Mev. As you would expect from any intelligent beings, the idea of death holds significant place in Strondo culture, but not in the exact way it does for humanity.

Strondos don’t look forward to their own death by any means. And they absolutely consider the deaths of their loved ones with sadness. But the tragedy they see in death is less tinged by a fear of the unknown, and more seen as an unfortunate end to ongoing work. Certainly, if they find themselves in a situation where imminent demise is threatened, they will fight against it, but unless they are noticeably near death they don’t spend time worrying about it the way many humans do.

It’s may be hard to translate in human terms, but they genuinely see the effects that a person has on the world around them as a part of that person themselves. If people are still talking about a deceased person, they still live on in a way. If the Knowledge Bank has information about the deceased, they are not forgotten. The changes that person made while alive represent proof that they existed. The tragedy is that they are no longer around to make changes. 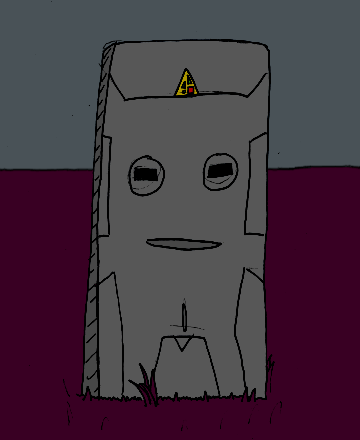 That’s not to say that belief in the afterlife doesn’t exist on Gurx, but over the thousands of years that the Knowledge Bank has been a fixture there, it has essentially become the dominant religion. Many Strondos posit than in the distant future, after the New Gurx project is finished, perhaps, Strondos may be able to use the information in the Knowledge Bank to recreate individuals and place their minds in new, undying bodies.

Pictured to the side here is an Eoumbao, a kind of carved stone which could be likened to a tombstone on Earth, but it isn’t really that. It doesn’t mark the location of a corpse, it just serves to remind anyone who notices it that a certain Strondovarian used to exist. The standard Eoumbao depicts the deceased’s face, but the important thing is the Phrob (let’s translate that as “info-icon”), which is the colourful bit embedded into stone. When scanned by a device connected to the Knowledge Bank, it will bring up all the information it can about the person to whom the monument is dedicated. It’s standard practice for the Eoumbao to depict the honouree’s limbs extending off the stone, to represent their continuing ability to effect the world.

All of this, of course, is of no help to the poor underclass on Gurx who get to notability in society, essentially being barred from the afterlife due to a lack of notability. But even they seek to live on in the memories of their families and loved ones.