Lately I’ve gotten into an unfortunate habit here on the Book of PDR. I’m doing the weekly comic/sketch posts and, usually, the twice-weekly SecGov posts, but I’ve not done much in the way of general posts where I talk about what’s going on or what I’m up to or whatever. Well, no more! Here is the important update you’ve all been waiting for: 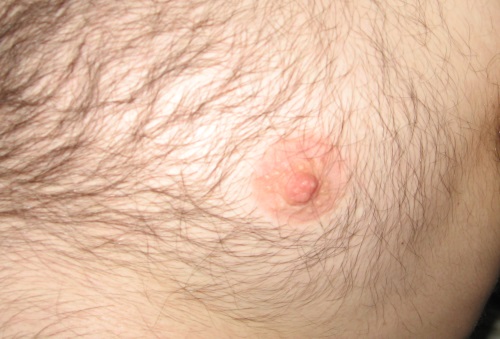 PDR’s nipple is doing well. It is trying to find a nice balance of doing as much with the Summer as possible, but also work and stuff. If nothing else, PDR’s nipple is getting some reading and movie/television watching done, which was not as possible during the school year. Still, Summer seems to be going by quickly, and there’s still so much to do…

Hey, why not talk about the spam? I used to complain about the spam in my comments all the time and I don’t want people wondering what happened to that plot thread. So here’s the deal: Back in the day I was manually fighting the spam myself, deleting the comments as they came in. When it got to be hundreds a day, I was goin’ nuts. But then Marq, my man behind the scenes, hooked me up with Akismet, some sort of program thing especially designed for the dealing-with of spam! How convenient.

So anyway, it seems to be working super well. As of the moment I am writing this, it is telling me that it has “protected (my) site from 22,643 spam comments already.” And the really impressive thing, to me anyway, is that the spam is slowing down. The robots behind it all are finally getting the point that I didn’t want them doing it on my web site. Isn’t technology grand? And also ungrand since it caused the problem in the first place?

I smell the ganja.
It’s wafting through the window
from some other realm.

Is that how “ganja” is spelled? My spellcheck seems to think so, but I’m no expert on the reefers and my spellcheck has steered me wrong in the past. It doesn’t even recognize the word “spellcheck”.

In other news, Marq is working harder than ever on the site. He’s got buttons and banners coming and going. Basically, just accept any changes you see over the next while for what they are, the hard work of one of the people on the site, but not the other.

Well, we have a space for advertising on the Book of PDR now. Over in the sidebar, under the menu, I’m sure you can see it. I had resisted doing such a thing because it is sort of ridiculous, but now I’ve done it anyway. Isn’t that a great story? It sure is. The bottom line is that it would be cool to make any amount of money, no matter how small, from this website, seeing as it is one of the main things I enjoy in life. It may be a long while before you actually see any ad there, though, since I don’t get a lot of hits to this site and people probably prefer to advertise in places that do.

In a world of pie.
One man must learn about love
And eat all the pie.

Here’s a terrible idea for a video game: The alien bad guys are summoning their armies through a Star Portal Machine that you destroy in the first level. After that you just have to kill the hordes that have already made it through, so there is constantly fewer dudes. As the levels go on they just keep getting easier and easier because there isn’t many bad guys left. The final level is just you leading an army against the one alien left who is just scared and hiding. It’ll be easy, but think of the sense of power you’d get. You’d be like, a really terrible guy!

Okay, I can’t really think of anything to talk about today, so I’ll just say what’s going on. Marq has added a dropdown menu to the sidebar there (—> There) that will let one navigate through the various Secret Government Robot story arcs. That will help anyone who actually has cause to look through the stories.

In related news, later this month I plan on adding SecGov updates to Saturdays. I’m currently just ahead of schedule enough to delude myself into thinking that this’ll work. It’ll probably be rough at first, but it will allow me to get through the stories that much quicker. I would be doing a page a day if I could keep up with the pace.

The sun sets on Mars.
The Martians watch with delight.
Nothing else to do.

Anyway, as I said, I don’t have much else to say. I’ve got five minutes until I have to start getting ready for work… Gotta think of something to say… uh… Giant Enormous Face Eats The Train And Dies!

Okay, so, the first SecGov page to be put up in the new fashion is up there. For now I’m thinking that I’ll be scheduling SecGovs to go up on Tuesdays and Thursdays and then we’ll see how that works. Still a work in progress all this, but we’re doing our best. Or at least our not worst.

Dr. Skeet Bonzo studied asteroids. But one day, through no fault of his own, just pure dumb chance, one of the asteroids he studied crashed into Skeet’s car. Skeet, who had been in an appliance store when the car had been destroyed, recognized the asteroid even after the impact. “Why, that’s BF2990P” he exclaimed as saw the wreckage. And then he realized something that sent a shiver down his spine: That asteroid’s designation was the same as the license plate number of the car it had just destroyed. “I never noticed that one of the asteroids had the same number as my license plate because I dealt with so many asteroids,” he said to some kid who had wandered to see the damage up but didn’t actually care what Skeet had to say. Skeet, for a moment, was so amazed by the coincidence that he was dumbstuck. “The odds of that asteroid hitting that car were astronomical! I can’t believe that it happened!” but Skeet fought off thoughts he considered unscientific by rationalizing it, noting that the asteroid’s designation existed only as a thing given to it by the scientists, and was not an actual property of the asteroid itself. And besides, given the vast amount of time for coincidences to occur in, they are more likely to. Anyway, because his car had been crushed, Skeet had to walk home carrying the microwave he had just bought. On the way he was mugged and shot. The mugger ran away and, as he lay dying, Skeet happened to notice that the serial number on the microwave was “BF2990P”. With that, Skeet said “Well, that’s just stupid. I’m glad to be getting out of here” and died. Skeet’s fellow scientists decided to pay their respects to Skeet by naming an asteroid after him. A year later that very asteroid came crashing to Earth, hitting an apartment building and destroying one apartment. What apartment? Specifically apartment number BF2990P. And the resident of that apartment who was killed at that time? The very criminal who had killed Skeet and who, by sheer coincidence alone had also been named Skeet Bonzo. Suffice it to say, when they met up as ghosts they all had a good laugh.

Anyway, that’s it for today. I gotta go. In the meantime, I wonder what would be involved, legally, in arranging to get my skull encased in amber when I’m dead…