What could be more appropriate for the Halloween season than a team of monster hunters? Well, here’s one of those:

Monsters and ghosts are not confined to the planet Earth by any means. Luckily, there is a team of aliens working together to fend them off: 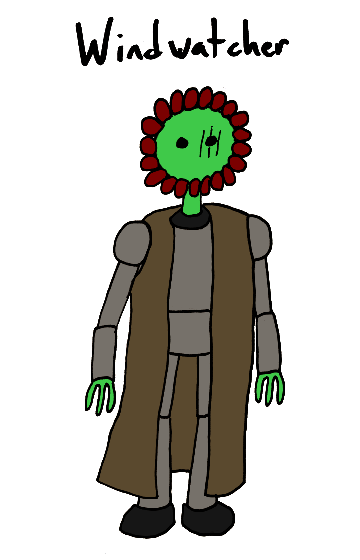 A member of the species known as the Rootfolk, Windwatcher is the leader of this team of monster hunters. Windwatcher was given their name after claiming to see spirits as a youth. While nobody ever believed Windwatcher’s claims, Windwatcher continued to see invisible things, but kept it a secret. After serving in the war against the Strondovarians and the Omnivoroids, Windwatcher noted an increase in the amount of angry ghosts causing problems for the living. After trying to convince the other Rootfolk of the problem, and again not being believed, Windwatcher went off alone into the cosmos to form a team that could do something about supernatural threats. 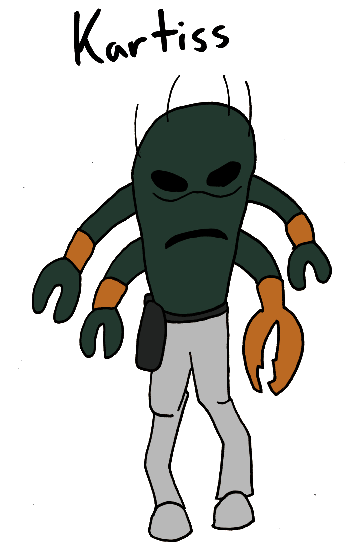 Being a Strondovarian, Kartiss would normally be an enemy of Rootfolk, but Kartiss has no loyalty to any species’s petty politics. Kartiss is only concerned with the destruction of monsters. Born and raised on a space station near the construction site of the artificial planet New Gurx, Kartiss was the sole survivor of an invasion of monstrous beings from beyond reality. Kartiss would have died when the space station self-destructed, but was saved by Windwatcher, who had arrived to investigate the mystical energies present. The two are now loyal friends devoted to supernatural investigation. 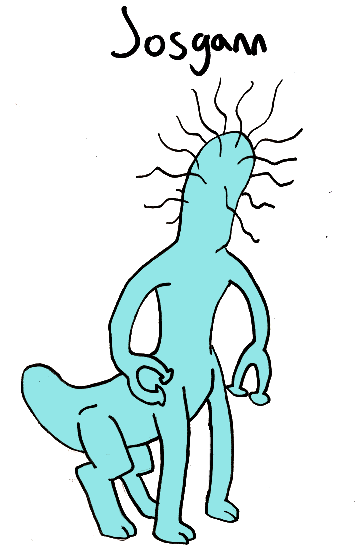 Josgann is a mysterious being, the origin of which even its teammates do not know. What is known is that Josgann is extremely capable of detecting the supernatural. It is said that Josgann can detect a ghost manifesting on a planet light years away. The team suspects that Josgann may be a demonic entity similar to many of the monsters they fight, but aligned to their cause of destroying the bad ones. Josgann has offered nothing contrary to this, simply stating that it is here because it is needed. 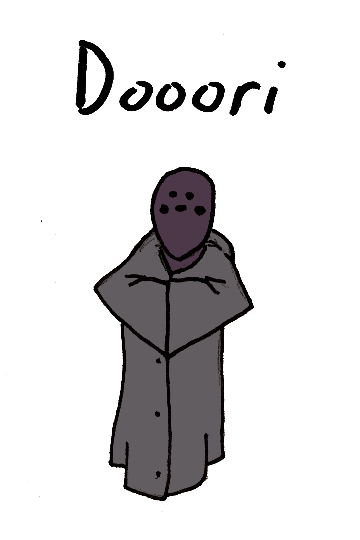 Dooori is the member of the team who facilitates communication between the species that make up the team, being able to communicate with any of the individual members, and relay messages to others. Dooori is also the team’s exorcist, capable of drawing on some higher power to expel evil spirits from the physical plane. Dooori’s also preaches a system of religious beliefs that none of the others are all that interested in, but they can’t deny the results. 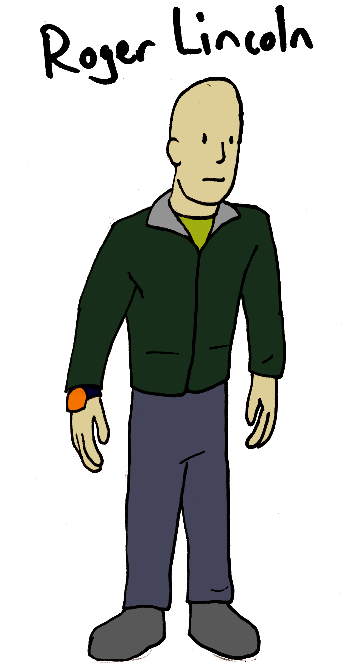 A member of a family of Earthlings that are hunted by demons and monsters and therefore have devoted themselves to the hunting of demons and monsters as a survival tactic, Roger was banished from his homeworld by a sorcerer. It was mostly dumb luck that helped Roger meet with this crew of monster hunters, but it has worked out well for all involved. Though Roger does think of returning to Earth, there’s no rush, because he’s doing good work hunting for monsters out in space and making monsters fear the Lincoln family on entirely new worlds.

(Roger is related to Natalie and Claire, and his brother Reg was killed in a SecGov storyline.)