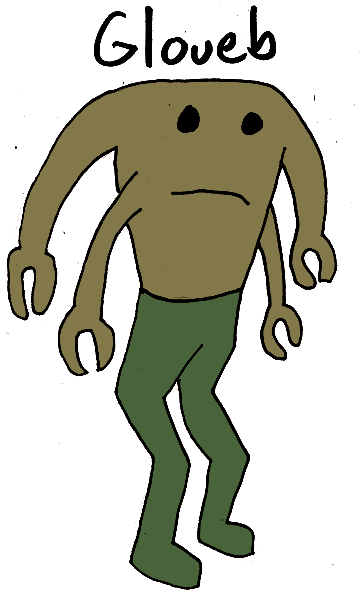 The Strondovarians are an intelligent people. Their planet, Gurx, is not terribly large and it had quite limited resources, which meant that the Strovdinians had to learn quickly to work together. Their culture came to value intellect and cleverness because those were the traits that ensured their survival. But for all their focus on brains, they are not weak by human standards. The average adult Strondovarian stands over two metres tall and their four powerful arms are strong at both pinching and punching.

Gloueb is an astronaut. With the resources of Gurx running out, the Strondovarians were quick to seek out other worlds that could be useful, and they found them. They now have a vast space network of spacecraft that are gathering resources to build a New Gurx, a giant artificially-created world that will be more appropriate for their race. Astronauts like Gloueb have, for generations, been collecting asteroids, comets, and materials from other planets and gathering them together in orbit around the chosen star where construction on the superstructure has begun.

Evpel is a contributor to the Knowledge Base Of The Strondovarians, the massive digital collection of all information deemed important to the species. For whatever reasons, the Knowledge Base is not a complete repository of information, but just that they deem “Noteworthy”. It is part of Evpel’s job to determine what is Noteworthy and, unfortunately for Evpel, there are Strondovarians who want little more than to be remembered throughout history by getting declared Noteworthy. These attention seekers don’t care what they get famous for, as long as they are famous, so they will try to become famous for all sorts of criminal acts. On one occasion Evpel was even kidnapped by someone trying to prove their importance. After Evpel’s was rescued, all information that could even suggest the kidnapper existed was stricken from the Knowledge Base, from making sure the crime was not mentioned, all the way to reducing the stated population for Gurx by one. 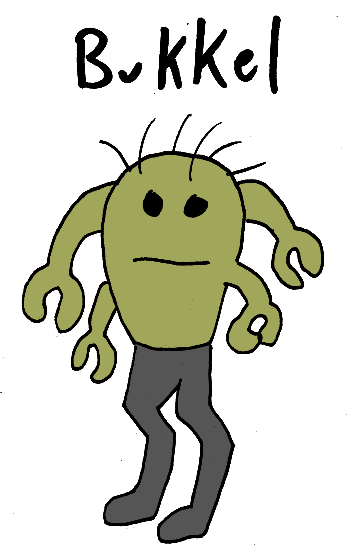 And Bukkel is devoted to the study of the mind and unleashing any and all mental powers that could be possible. A lot of Strondovarians consider the ultimate goal of life to be the transcending of physical form to become beings of purely mental energy. That may still be a long way off, but Bukkel is hoping to make strides toward turning that into a reality. A lot of the research involves actually performing operations on living subjects, either volunteers, infants bred for the purpose, or unwilling subjects sentenced to this as punishment. Bukkel also makes puzzles for fun.

A Fact About Strondovarians: The design of Strondovarian knees (which they have several of in each leg) is such that they move almost every which way. This makes it very hard for a Strondovarian to be knocked off balance, but they can’t run particularly fast because of how complicated it gets.