What is the Book of PDR?

Who or what is PDR?

PDR is what I am. Patrick D Ryall. To learn everything you need to know about me, you can look over here. But if you just want a summation of it all, I could go with: “PDR is a man who is too smart to be dumb and too dumb to be smart. He’s trapped in a civilization he doesn’t want to be in and as such is lonely and wants to find his place.” But I won’t. Instead I’ll go with: “PDR likes dogs, pie, and robots and thinks it is funny when things fall down.“

So what is this site about?

It’s about whatever I feel like writing at any given time. If I want to write a story about gangster flamingos who find true love, I will. If I want to write a list of reasons to put heroin into your Christmas tree, I’ll do that. Usually though, I’ll just complain about how I don’t want to go to work the next day. And sometimes I won’t even do that.

But beyond that I’m secretly hoping that anyone who reads the site will notice my brilliance and begin to see the world as I do, so that one day we’ll be able to overthrow the norms and create a utopia of coolness. And also I am salvaging as much of my stuff from Contains2 as I can.

What is Super Sunday?

PDR needs an outlet for his creative energies, but doesn’t always have stories as well as he’d like. To keep from bursting, he often just draws characters and makes a background for them. On Sundays he posts them to the site, generally following a theme. First was Superhero Sundays, then Supervillain Sundays, then Supernatural Sundays.

PDR would love to actually do something with the characters someday, but that takes more time than he currently has to work with.

What is it with the Beekeepers?

PDR has declared the he is the world’s foremost expert in fictional beekeepers, and he aims to prove it by reviewing them all. He reviews them on how mythically badass they are, intent on spreading the word that beekeepers should be ranked among ninjas and pirates and vikings and all the other badasses of the world of fiction.

And what is this Contains2 you keep mentioning?

It was the Internet’s one and only Official Nonsense Homepage for a span of several years. Contains2.com was founded by PDR and an assembly of other dudes he knows. Perhaps like many popular website, Contains2 got its name from a fridge magnet. To quote Contains2’s own About Page: “Contains2 came together in May of 2002, growing out of smaller Internet efforts that came before it. These included The Adam West Batcave, Little Choy.com, Retro Afro and such. While none of those proved themselves capable of holding all the stupidity and mundanity that we produce, Contains2 showed us that it had all the right moves. It has survived!”

But then it didn’t survive anymore. By 2006 most of the dudes had either lost interest or just become too busy. Not PDR, though. While disheartened PDR continues to do essentially the same thing on this new Website. The Book of PDR continues to keep the link to Contains2 at the bottom of the page, even though it only goes to some cyber-squatter page. And even with Contains2’s site in ruins, the Contains2 empire lives on and Shall Return.

The Contains2 Empire? What is that supposed to mean?

Contains2 is a conglomeration of somewhere between two and eight people who work together to create stupid things. This website is pretty much the sole surviving portion of the Contains2 empire on the Internet, but rest assured that PDR is not totally alone. Several other Contains2men continue to work on projects and even more continue to offer ideas to the ones who are still working.

Marq is a former Contains2man who continues to serve as the technical behind-the-scenes guy for this site and has the thankless job of serving as the publicity guy for a website by a guy who shuns attention. Sometimes he actually does something. He’s got quality cheeks.

Does Marq have anything to say at this time?

“There is not goat.”

What’s that about an PDR living in an independent nation?

PDR has indeed declared himself a nation independent of any and all others. He has yet to be officially recognized and currently still pays taxes and such to Canada in the hopes of keeping good relations when they finally do recognize his sovereignty.

But note that he does not LIVE IN an independent nation. He is one.

Hey, What if PDR got rich?

What kind of books or movies does PDR like?

If you’re interested in what DVDs PDR happens to own, this page is where you need to be going. If you’re more curious about what novels he owns, check out this one.

Why are you such a horrible person?

Because I think it is funny. I have offended with jokes in the past, but to me it just seems like people are taking whatever topics too seriously. It is essentially my belief that if someone is offended by a joke, they make themselves a fair target. It is not a belief that others often agree with.

Not likely. Very few, if any. They are harder to answer.

It’s the number than can be punched into a telephone to allow that phone to communicate with the one in my home. If your home has a phone, you likely have a phone number as well.

Why is my son gay?

You didn’t beat him enough. If he’s under seventeen, you still have time. If not, you might as well just buy him a pink house and forget he exists. Except, of course, when you need something gayed.

Yes. Studies have shown that black people can in fact experience every emotion that other people can and are not limited to rage. Shame on you for assuming otherwise.

Yes. But not because of the death. It’s wrong because it’s just been done so much it has lost all its flair and originality. Try stabbing someone to life. That would impress me.

Why do bad things happen to good people?

If a group of crows is a murder, what’s a suicide?

A group of lemmings, I suppose. But I don’t work in the sciences.

So, are aliens real? 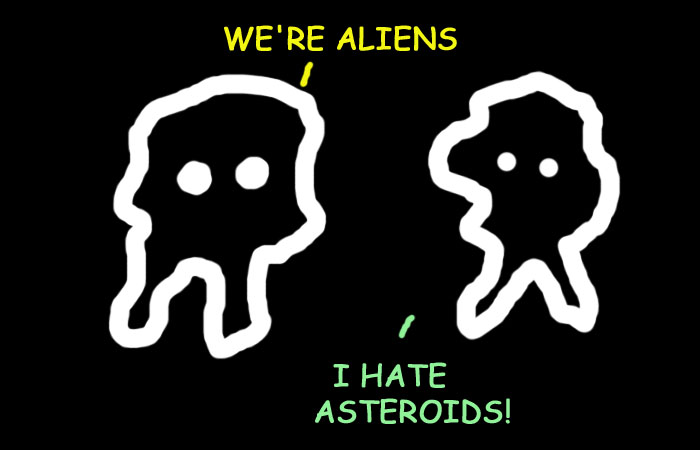