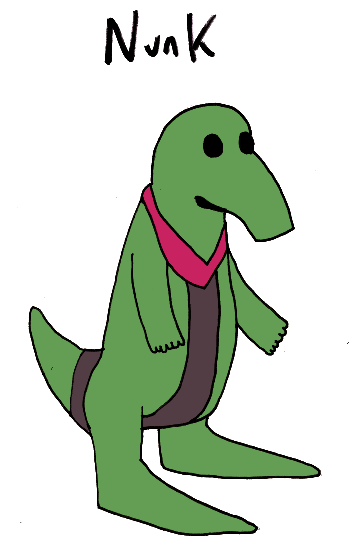 By most human standards, the Omnivoroids are basically monsters. They stand about three meters tall on average, and as they have begun to spread across the galaxy they have learned that they love to eat any of life forms they find on other worlds. The form of digestion they have evolved allows the Omnivoroids (called Goulos in their own language) to digest biological life regardless of its origin. As such, they have no respect for other sentient beings, seeing the universe as one big buffet presented for them. Led by a ruler that we might call an emperor, the Omnivoroids are spreading across the galaxy in vast colony ships.

A couple of Omnivoroids can be seen over here, and then being visited by Little Choy over here. Surely everyone has been full of questions about them after those thought-provoking experiences. 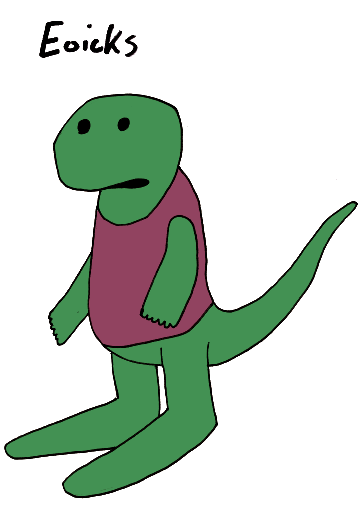 Nunk is a commander of a Goulos Space Ship. It isn’t one of the colony ships that is bringing Omnivoroids to other planets, but instead a scientific scout ship that is mapping and cataloging the universe. If they detect an atmosphere that seems to support life, Nunk and his loyal crew will boldly go there to eat it.

Omnivoroids have very weak hearing, but their sense of smell is so advanced it it practically magic compared to anything on Earth. Because of that, there is no music among Omnivoroids, but there is a technique of timed incense burners that are meant to tell stories or evoke emotions in the way music is among humans. Eoicks is a scentsmith who creates such smell experiences. While most of the mainstream scentwork on planet Goulog these days is meant to be uplifting and life-affirming, but Eoicks is trying to challenge that by creating the scent-equivalent of punk rock music, harsh and challenging smells that run counter to the popular stuff. 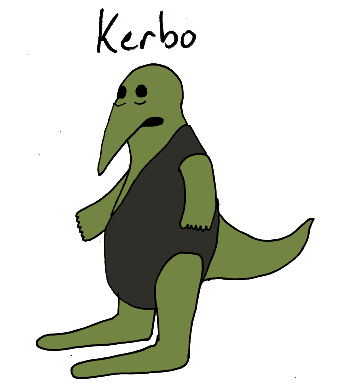 Kerbo is a medical worker. The Omnivoroids are a particularly hardy group, viruses and bacteria are not a big concern for them, so the biggest medical concern is physical injury. Their equivalent of a hospital operates on principles that resemble a pit crew or an assembly line, with whole teams of workers toiling together to patch up injuries as quick as possible.

A Fact About Omnivoroids: Omnivoroids desire to mate for life is so strong that the ideal of promiscuity or adultery are utterly foreign to them. Mate pairing isn’t seen in a “romantic” way as it is on Earth, though couples are often quite fond of one another. Romantic love doesn’t exist among them, but loyalty is supreme.