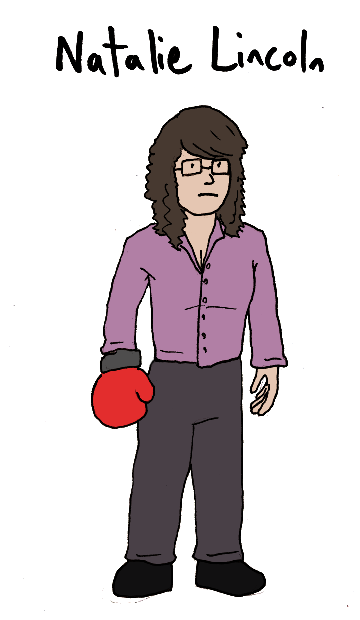 A long time ago, someone pissed off some powerful supernatural entity. That entity put a curse on that man, one that his family would carry with them forever. The curse marked all who carried that man’s blood with a mystical sigil visible only to those skilled in the occult arts. It told them “Attack this person and you will be rewarded”. The supernatural being was good on its promise, any sorcerer or demon who killed a member of this family was granted whatever they could wish from the supernatural being. This meant the family was under constant attack from greedy mystics and monsters, but the family did not die. They were a hardy group, they were survivors. If anything, this curse has made them stronger. The members who survived to procreate were those most skilled in fighting supernatural threats, and they passed their skills on so that, in the modern day, the family is the source of the world’s most skilled supernatural-fighters.

Natalie Lincoln is one of that man’s descendants. She was fighting off wizards by the time she was nine and survived her first ghost attack at twelve. She now possesses a magic boxing glove that deals special damage to mystical threats. The occasional idiot still makes an attempt on her life, but Natalie finds it little more than a minor annoyance.

One of Natalie’s cousins in the Lincoln family has already appeared in a PDR work. A handful of others are out there, so maybe I’ll squeeze another one in before Supernatural year is over. 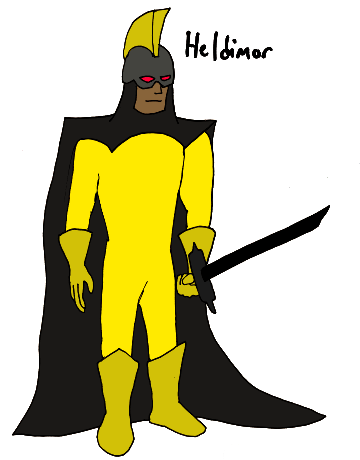 The besieged city of Mendonia was the setting of a climactic battle against an army of evil dark gods and monsters that had rampaged across the land. from all over the world had fallen. All seemed lost until Heldimor’s arrived with the weapons and armor of his ancestor Lodimor and leading an army of enemy prisoners that he had freed. Heldimor had found a potion that turned the prisoners into mindless slaves, who only acted at his command. This rush of unexpected reinforcements was just what the good guys needed. They drove off the enemies at last and the world was safer than it had been for generations. Heldimor was, of course, regarded as a hero. For a time anyway. Eventually it was realized that the army of prisoners was stuck in that state, just a mindless army that answered only to Heldimor. It allowed Heldimor to build himself a castle with an incredible staff of servants, but other people started to wonder if it wasn’t a horrible thing. Heldimor had enslaved living beings, even if they had once been enemies. Tension grew between Heldimor, who now also had a number of non-mindless followers, and the Mendonian government who appreciated what he had done, but saw problems with what he was doing. Eventually Heldimor withdrew, keeping to his own small realm not far from the city he had once saved. There, it is said, he begins to feel angry toward those he feels have rejected him and now the Mendonians worry if there isn’t a new evil army that will someday sweep in to conquer.

This is me starting to fill out my fantasy universe. As I’ve mentioned, I’ve got a ton of characters for this among my notes, but for some reason I still haven’t dipped into those. Heldimor, like Weggles before him, is just someone I made up on the spot. Digging notes out of a filing cabinet is so much work, after all.