As discussed in other posts about Planet Gurx, the Strondovarians have been expanding far from their homeworld across space for about nine thousand years now. They have colonies on other planets and space stations and are building a new homeworld from scratch. In that time, they have encountered multiple species also capable of space travel and the Strondos have had to admit that these alien beings are as intelligent as Strondos are. They call such beings Pwotuvarian, which translates to English best as “Wrong-folk” or “Alien-minds” or something to that.

For various reasons, no Pwotuvarian has yet been made welcome on planet Gurx. Still, making contact with alien life has greatly affected the Strondovarians, so let’s take a look at how Strondos relate to some of the other intelligent species they’ve met.

Pwot Pharvarian
These strange creatures with plant-like appendages were the first “intelligent” alien species met by the Strondos, and it went poorly. The “Rootfolk” are long-lived, so they remember the Strondos as their enemies in the Great Cosmic Conflict and they still hold a grudge. While the Strondos learned from that giant war that they should be more cautious as they explore space, the Rootfolk only learned that they need to be more powerful. Even now the Rootfolk will attack Strondo ships and colonies on sight.

Pwot Tibgeddavarian
Another species that the Strondos first met on the fields of space-battle, the “Omnivoroids” suffered badly in the Great Cosmic Conflict. Their planet’s technological progress was blasted back significantly. With considerably shorter lifespans than either Strondos or Rootfolk, the Conflict was thousands of generations ago and lives on in their memory as myths. The Omnivoroids of today are reaching into space once more, and they’ve met the Strondos again. Though the Omnivoroids hold all other beings in contempt (seeing them primarily as potential food), the Strondos are in a more powerful position, so the two species are occasionally able to work together and exchange goods. 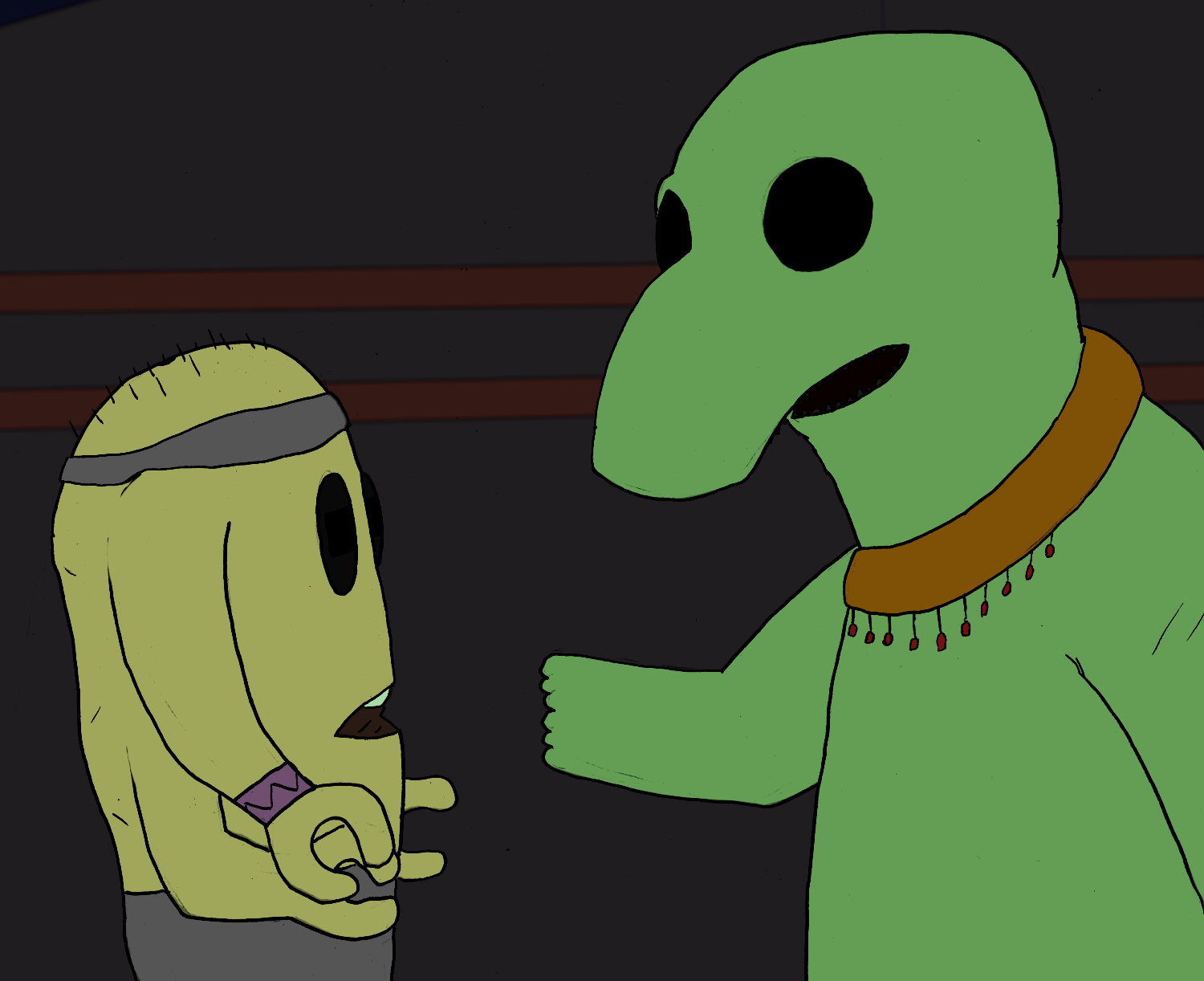 Pwot Bulongivarian
Of all the species the Strondos have encountered, they are on the best terms with the “Multitude of Blong” a six-legged people who have not yet travelled far from their home system. Relations between the Strondos and this younger species are so good that the planet Blong has been given devices that allow them access to the Knowledge Base of the Strondovarians, an honour bestowed on no other species thus far. This means that the Multitude of Blong have the information needed to learn the location of planet Gurx, something not given to other species. The Blongians don’t quite have the technology to get there yet, though.

Pwot Verrmiss
A bipedal species that has rarely even managed to leave its home planet, the so-called “Pwot Verrmiss” are not even recognized as “Varian” by Strondos. But some more enterprising Strondo scientists have reached the homeworld of “Earth” and begun experimenting on the Pwot Verrmiss, but most of the primitive people have no idea Strondos exist. Perhaps someday the Pwot Verrmiss will be seen as worthy of the Strondo’s respect. 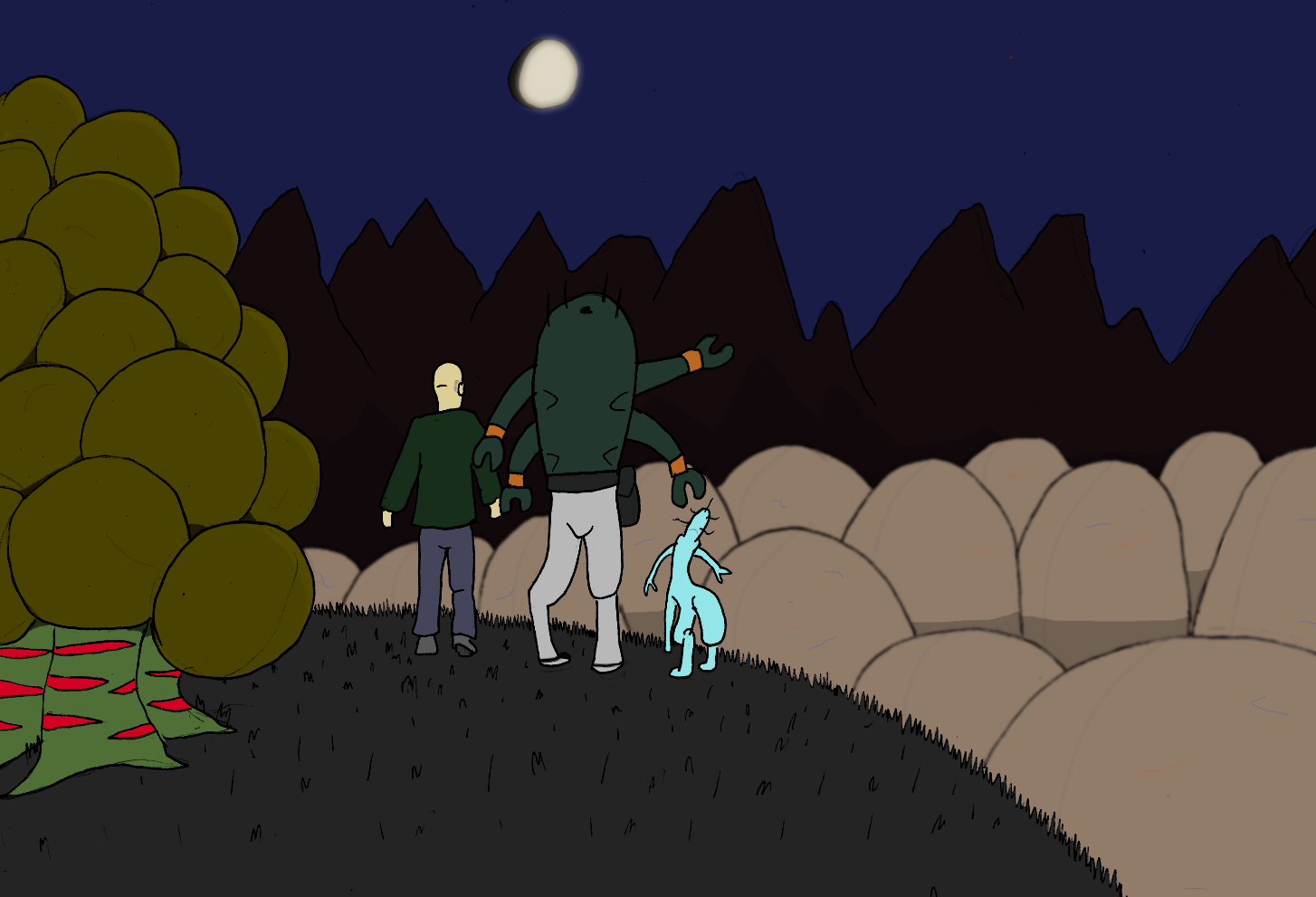 Infiltrators
The Strondos don’t yet know about the Infiltrators. There is no name for the Infiltrators in the Knowledge Base. And while no Pwotuvarian has been welcomed to planet Gurx, hundreds of Pwotuvarians are there. Posing as Strondos (and other Bwotyaxgurx), they have been working their way into roles of influence and preparing the world for the next wave of their kind to arrive.