The Multitude of Blong 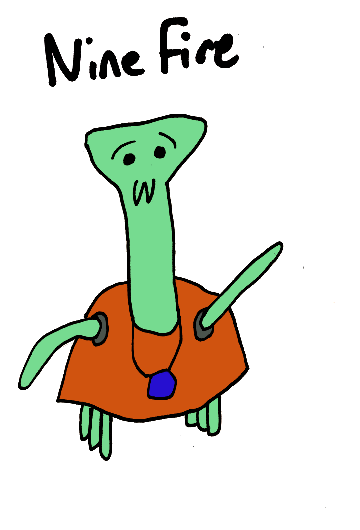 The species that calls itself the Multitude of Blong believe very strongly in the concept of fiction. Their system of belief states that all stories made up occupy a mythical realm called the “Ocean of Ideas” which, when full, spills into reality and all the stories come true. They posit that at the start of the universe there was only the “First Storyteller”, a lonely mind that told itself stories to keep occupied, until all those came true. The characters from within those stories then went on to tell more stories. And the cycle continued, on and on like that, until the present day.

Nine Fire is a member of the Blongian equivalent of the police, but a division we don’t have on Earth. Nine Fire’s job is to investigate storytellers who have told stories that contradict other stories. Since they believe that all stories will come true, any contradiction could be ruinous to the fabric of reality itself. Nine Fire’s specialty is examining stories being told on the streets for recurring elements that might be useful in tracking down the original storyteller. 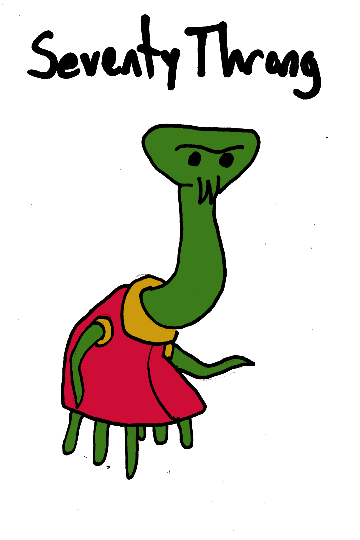 Seventy Throng is very unhappy. Seventy Throng has been told, as every Blongian has, that their life is a story that someone told in the previous cycle now come to be real. Well, Seventy Throng thinks that the person who told that story was an idiot. Seventy Throng’s life has been a total mess. There’s been plenty of suffering, but not an excessive amount. That would have at least make it clear that it was a tragedy. Instead, Seventy Throng’s life has been confusing and utterly mundane, full of events that don’t seem to come from anywhere or lead to anything, and individuals who never seem to stick around long enough to serve any narrative purpose. Long stretches of boring peppered with hasty nonsense. If this life was a story ever told by anyone, what was the point? What could possibly be interesting about any of this? Seventy Throng would like nothing more out of life than to meet that particular storyteller and cause them a lot of bodily harm. 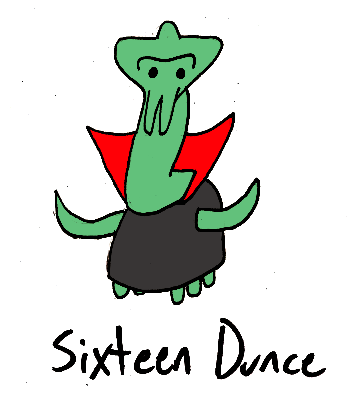 And then there’s Sixteen Dunce. Sixteen Dunce is a stunt performer. Driving vehicles off ramps and climbing steep cliffs while juggling. Death-defying feats that really bring in the crowds and make Sixteen Dunce famous all the world over.

A Fact About the Multitude of Blong: All three of these examples from the Multitude of Blong are from a culture with a specific naming convention. Newborns on this planet are hatched in caves, and the number part of the name represents the order in which they climb out. So, Nine Fire was the ninth to climb from that cave during that hatching season. The last name is related to the year the hatching took place, years in the Blongian calendar being given titles. Other cultures on the planet have different ways to name individuals, but this is by far the most common.