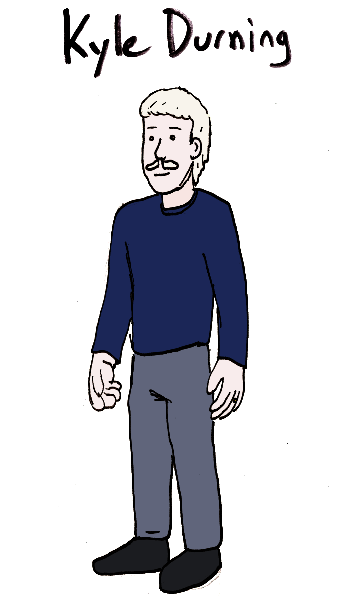 The planet Earth is home to a race that calls itself “Humans”. They are a bipedal mammalian species with two eyes and front limbs that end in five-fingered appendages. They have spread all over the planet, numbering nearly ten billion, and have built city in every type of climate the planet has available. They’ve developed a decent amount of technology, definitely enough that they could be colonizing other worlds, but a vocal amount of humans consider space exploration a “waste of resources” and so instead they’ve focused more on the technologies that help them kill each other.

Several characters who have shown up on Super Sunday before are humans. This includes Bella Harrison, Dan Hastings, Elsa Geheimnis, Jo Melville, and of course, Epic Bro. But that isn’t all. I’ve actually hidden references to “humans” in my Super Sunday stuff since the very beginning. I bet nobody could find them all. 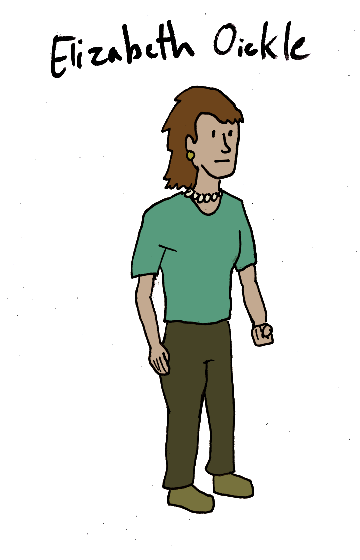 Kyle Durning is an albino, which is a rare condition that effects some Earth creatures, causing them to be born without pigmentation. While this makes him extra sensitive to sunlight, but this hasn’t been much of a problem, because Kyle has just stuck to working night jobs. Currently, he is a security guard working overnight shifts. Some of his co-workers can be scared of deserted buildings in the darkness, but Kyle has never found the night to be anything but comforting.

The daughter of a prominent news anchor, Elizabeth Oickle has lived a decently well-off life so far. In a country called Canada, she has just recently graduated from university after studying various things that she didn’t actually care about. She is now taking a year off to travel the world and “become wise” before she decides how she actually wants to spend her life. Really, though, she wants to spend her life travelling the world and becoming wise. People, her father included, think that is a cop-out answer that she needs to grow out of, but is it really? Elizabeth doesn’t think so. 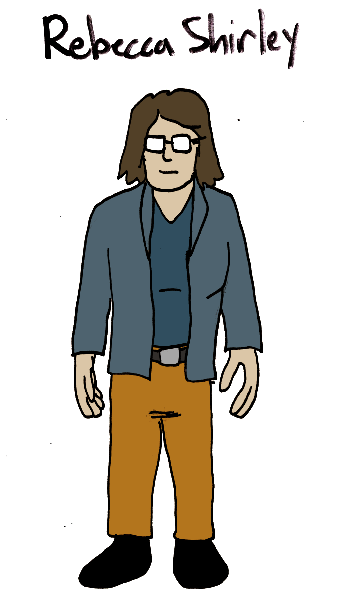 Rebecca Shirley is the kind of human who the rest of them are kind of embarrassed about. She has devoted her life to trying to help those less fortunate than her. She has created a business in her home town that lets people make their case as to why she should help them. She almost always take the case. Obviously this is not a highly profitable business model, and so far it is only the charity of those she has helped that keeps her from starving. Still, this is how Rebecca chooses to live her life and she will do so until she has fixed the world or starved to death while trying.

A Fact About Humans: Some humans are Beekeepers. This is a special class of humans who have trained to work with an insect species known as “bees”. The beekeepers protect the bees and the bees work to create things like honey. Clearly this particular subsection of humanity is the most impressive.

Here’s the thing: I have really enjoyed making a bunch of aliens. I enjoyed it so much that I have enough left over to do another year of it. So I am. 2017 will also be an Aliens Sunday thing. (I already have them scheduled and everything.)