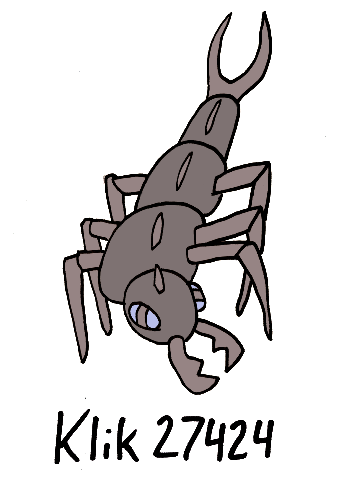 The race we would know as “The Infiltrators” are an insect-like species bent on total domination of the universe. To this end, the Infiltrators disguise their soldiers in the forms of other races and send them to those worlds to take them over in secret. In their distant past, the species would mature by entering into a cocoon state and coming out in a different form, but the intelligent bugs eventually found a way to control what the resulting form. Over time, they become more and more effective, and they are now able to craft almost any kind of biological form. These metamorphoses are permanent.

While metamorphosis modification may be the most impressive technology they have, it is not their only technology. The species has also developed forcefields and spaceships. Those are also handy for invading. The Infiltrators do not have access to faster-than-light travel. Their soldiers are born and raised on colony ships heading toward the planets they are to invade. During the ages spent approaching the worlds, the Infiltrators study anything and everything they can about their targets in the hope of making their infiltration effective. These soldiers will never be able to return to the homeworld they are so trained to love. 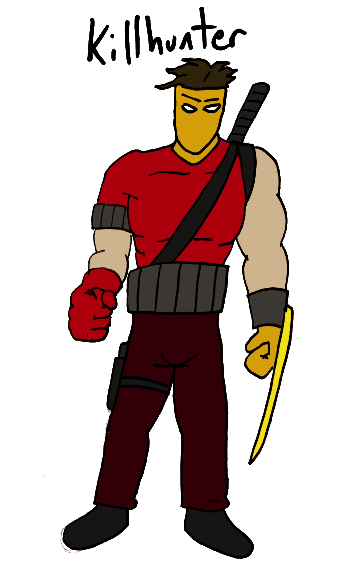 Klik27424 is an example of the species before they enter their cocoon. Six legs, pincers, mandibles, all about the size of an earth rat. 27424 is an eager soldier, reciting the Oath of Invasion on a daily basis and dreaming of getting into a new body and killing in the name of the species. That said, 27424 is also pretty nervous about being turned into some ugly species. So many aliens are hideous and it would be awful to be in one of those forms for eternity. But still, sacrifices must be made for domination of the universe.

Killhunter was one of the Infiltrators disguised as human and sent to infiltrate the planet Earth. Things went poorly there, though. The invasion force found themselves in over their heads and many died. While one went on to become an edgy superhero called Kalpa, Killhunter coped in another way, becoming an assassin working for the highest bidder. Killhunter and Kalpa have a rivalry and face off in bloody battles on a regular basis. 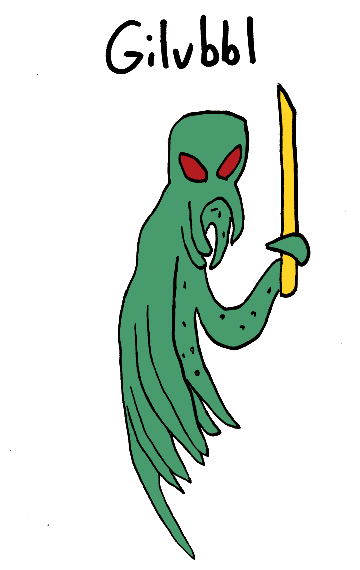 On the Pllvm homeworld, the Infiltrator invasion has gone better than on Earth. Though there were still many casualties in the initial years, those who survived have infiltrated Pllvm society and now are moving into positions of influence. Gilubbl, for example, is now in charge of one of the planet’s most powerful criminal organizations. While the organization isn’t exactly open about their crimes, such as weapon smuggling, but they have a deeper secret: they are establishing a nest and awaiting the arrival of the second phase of the invasion. If successful, the Infiltrators could have complete control of the world in a single generation.

A Fact About the Infiltrators: While all the examples given here are of Infiltrators posing as what we would consider the “dominant” species on their target planets, they do not only do that. For example, there are Infiltrators on Earth posing as elephants, dogs, rabbits, dolphins, and lions. Similarly, they are present in the form of various animals on the Pllvm homeworld. No species is safe from infiltration.