It’s time for a night of must-see situation comedies! A single plotline wends its way through four of the sitcoms established in earlier Super Sunday posts. And they resolve around this mysterious individual: 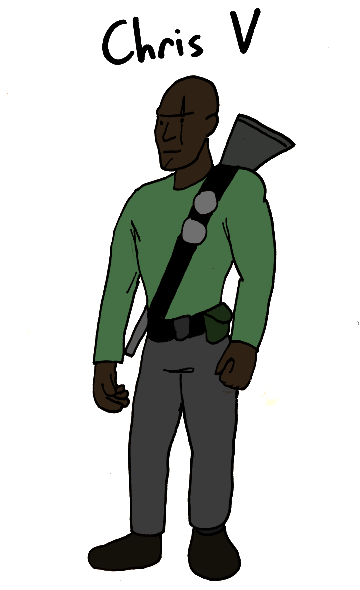 Only identifying himself as Chris V (and that may be V as in five), this heavily-armed muscular man has lost his memory and is trying to figure out where he came from and what his mission is. He begins his quest by wandering around aimlessly, and he keeps getting hit on the head, which resets his amnesia between shows.

My Third Mother: Hannah and Evelyn try to enjoy a Date Day because they haven’t been getting enough time together lately. Their lunch at a fancy restaurant is ruined when the strange Chris V barges in and tries to take over the restaurant. In the B-plot, the kids meet Ray from the next show.

Minds of Their Own: When Ray sees Chris V’s superior fighting skills and impressionable state of mind, he tries to recruit the super soldier into a street gang, which consists only of him so far. While Ray brings the soldier around to frighten those who bother him, CJ and JC try more earnestly to help Chris find his origins, and discover the Oddity Shop owned by a family that shares their surname.

Kane’s Oddity Shop: The two Kane families mingle while Chris V is baffled by magic tricks. When Chris V is so surprised that he bangs his head again, he flees into the night dressed as a magician.

We Can’t Just All Get Along: Armed with magic tricks and his mysterious military instincts, Chris V follows police officer Ming Doswell to her home and tries to force her to help him, while entertaining her children in a bizarre hostage situation. Eventually, Ming captures the super soldier.

Flood River Prison: Chris V is sent to Flood River Prison, where the warden tries to use him as a hitman to take out problem prisoners. Sparkleshiner eventually solves everything by just magicking Chris V back where he is supposed to be. The audience gets no closure! Suck it, audience!

And the whole thing turns out to be a marketing campaign for some terrible action movie that’s coming out that weekend.