Our cast are inmates in Flood River Prison, and they have a secret. 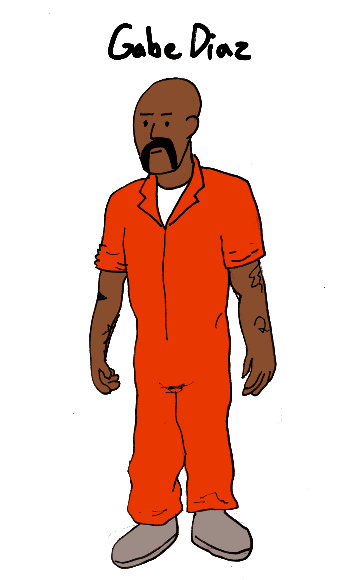 Gabe went to prison after an armed robbery went bad and he was shot by his supposed partner. Full of hatred for both his betrayer and his self, Gabe wasn’t much enjoying his stay in prison. That is, until he met Sparkleshiner… 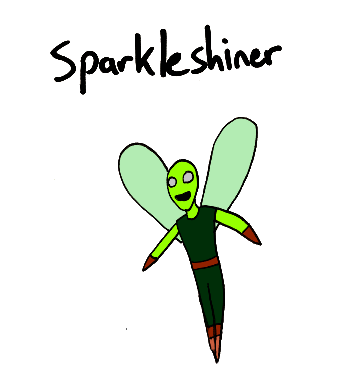 Sparkleshiner is a magical pixie sort of thing that lived in the forest that was destroyed to make room for the prison. With nothing better to do, it went to explore the building, where it befreiended Gabe. Now, with its magical powers, Sparkleshiner periodically helps Gabe out of jams, but also frequently gets him into them. 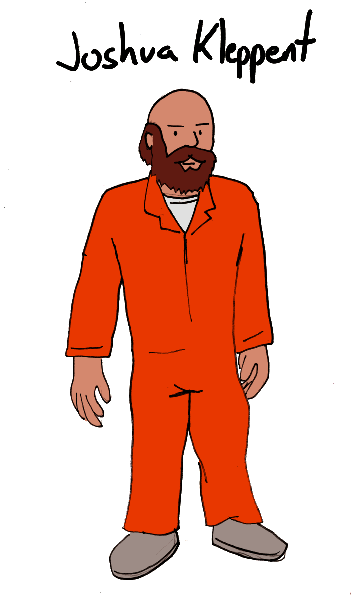 Gabe’s cellmate is Joshua Kleppent, notorious former hitman who may or may not have dabbled in cannibalism, and he was pretty rough on Gabe for a while. But when Gabe made a supernatural friend, Joshua was brainwashed to be friendlier. Now he is Gabe’s best friend and helps keep Sparkleshiner a secret. 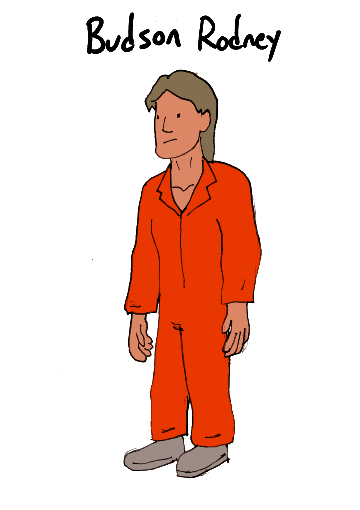 Budson was just weeks from getting out when Gabe first came to the prison, but his sentence has been extended because of all the trouble he’s gotten into trying to prove that Gabe is up to something. His constant efforts to snitch to the warden, and his constant failure to prove anything, have driven him over the edge and now he wants to murder Gabe. 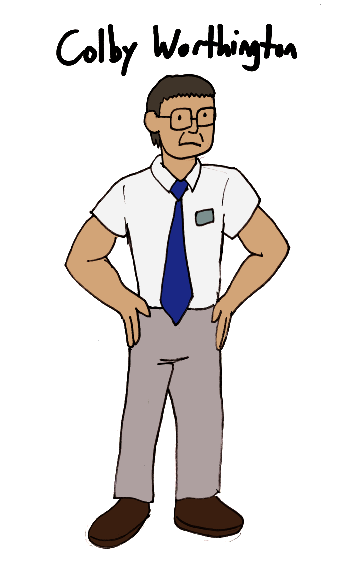 If it isn’t obvious, this is my bizarre take on the I Dream Of Genie or Bewitched type of sitcom, in which a character has magical powers and they have to keep it hidden from someone. I decided that that would be funnier if everyone involved was a terrible criminal.