Hey, we’re nearing the end of this year, and I think we can finally stop doing new alien species every week. So today I’ll throw everything I have left at the Super Sunday. It’s some new species, some revisited old species, and even some Superfluous Sunday expansion of detail for existing characters. I’m just going to burn through the remaining alien character sketches that I haven’t used and that will be that.

A Random Assortment of Aliens
Nuffn 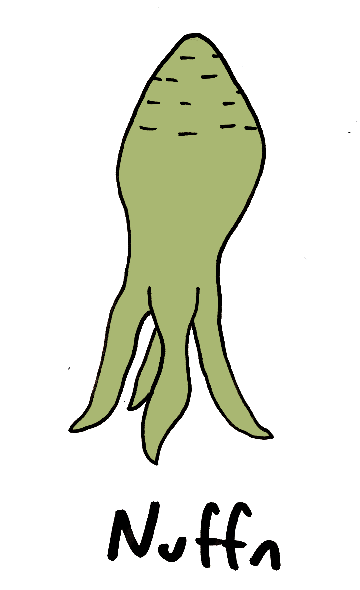 Nuffn is a Hk’Lennsr, from a strange dimension of different physical characteristics. Nuffin’s progenitors were killed in an accident and now Nuffn devotes all their time to preventing other such accidents from occurring. It’s a noble cause, but Nuffn’s friends are getting sick of hearing about it.
Universe: N/A 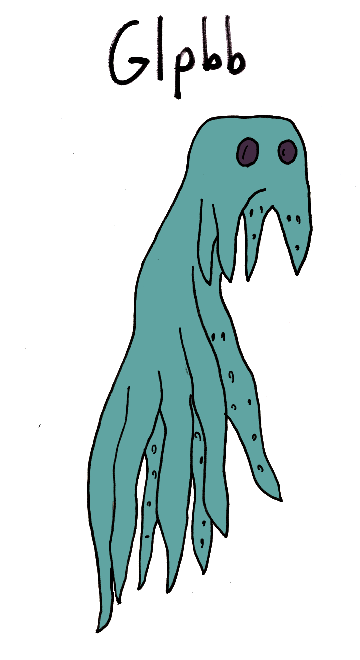 Glpbb is a Pllvm who was once insulted by Little Choy. After that incident, he did not have the nerve to go back to school and instead got a job at an advertising company on a colony world. Maybe his life is better? It’s different at least.
Universe: Green 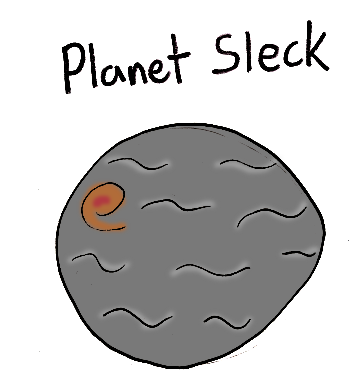 Sleck is and entire planet. Or, at least, the primordial ooze that has come to live on this world, which has gained intelligence and a strong hive-mind capability. So while it may just be slime or gunk, it covers the entire surface of its planet with one mind. It knows how to manipulate its weather to take in sunlight when it needs it, and obscure it when it doesn’t. It has yet to encounter any life beyond itself, but it is smart and might be able to find a way to communicate if it ever did.
Universe: Grey 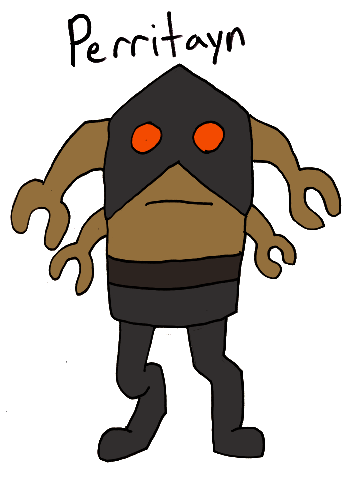 Perritayn is a Strondovarian who works on the species’s most enormous undertaking, the creation of a new planet. Perritayn’s job is somewhere between security guard and exterminator, being to prevent the spread of unwanted lifeforms on the artificial world.
Universe: Blue 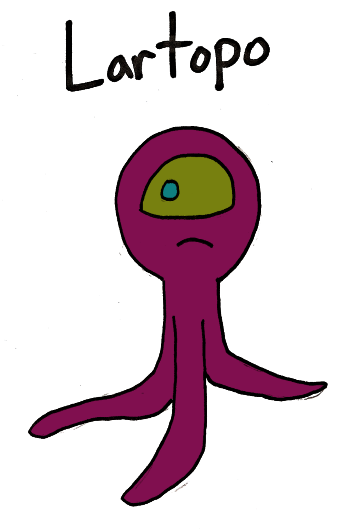 Lartopo is the sidekick of the Universe Wizard called Goolo. Lartopo doesn’t have any magical powers, but is pretty good at dealing with people, which is helpful in the quest to repair the damage done by evil Universe Wizards, since a lot of planets are now very untrustworthy of magic in general. Lartopo considers Goolo a good friend, but apart from that is along for the quest just for the fun of it.
Universe: Brown 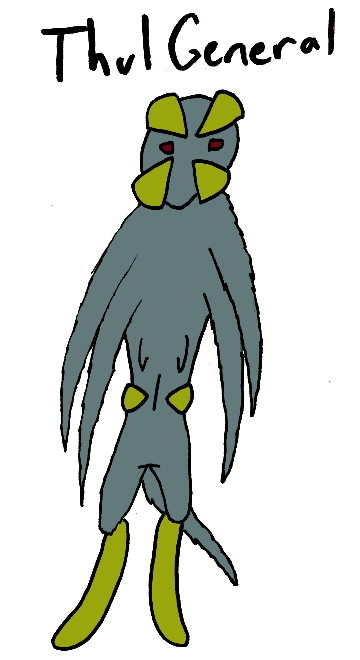 Given no name as we would understand it, the Thul General is merely a general in the Thul army. The Thul army is that which serves the powerful cosmic entity known as Thul’Hamaya (the same being the Efmon family worships as Thalamaya). As is typical of such beings, the Thul General hates any beings that don’t worship Thul’Hamaya and wants their complete destruction. Leading an army of thousands, the General prepares from the next war, in whichever universe that may take place.
Universe: Beyond Local Multiverse 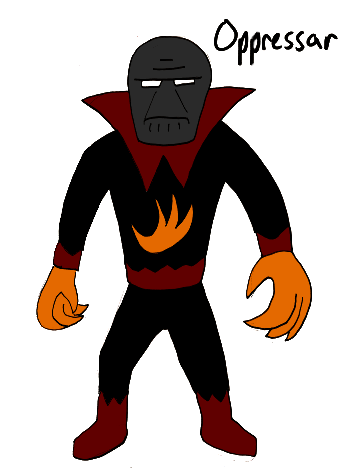 The cosmically-powered tyrant called Oppressar is the powerful ruler of the Bronze Zone and cares about little else than making sure those beneath him suffer tremendously. He has vast armies serving his every whim (including the human Dr. Zarkad), but he is not unopposed in his rule, however. His former servant Bludgeonak leads a resistance force. Oppressar doesn’t mind the opposition, though, as it gives him an excuse to engage in ever more cruel methods of oppression.
Universe: The Bronze Zone 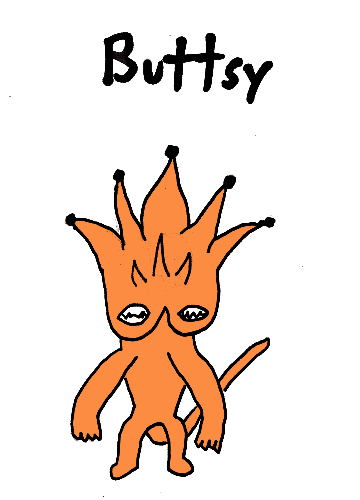 Buttsy is a member of a species whose name we can’t pronounce because it requires two mouths. Buttsy works for the Space Alliance of Piano Repairers, but is actually a double agent trying to bring them down from the inside.
Universe: Bronze

And I think that’s enough for today. Expanding my fictional multiverse by exploring alien species has been fun for me, but I think now that I’ve got so much breadth to work in, it is time to start filling things in. Aliens will turn up again, of course, but from now on, let us check out some smaller-scale ideas.