During the Supernatural Sundays I did a bunch of alien wizard called Wallfixers and several members of that group were of a species called the Pllvm. These undersea octopusish people, I decided, exist in many alternate universes because humans aren’t the only ones who get to be ubiquitous. Today, let’s take a tour of some of those universes: 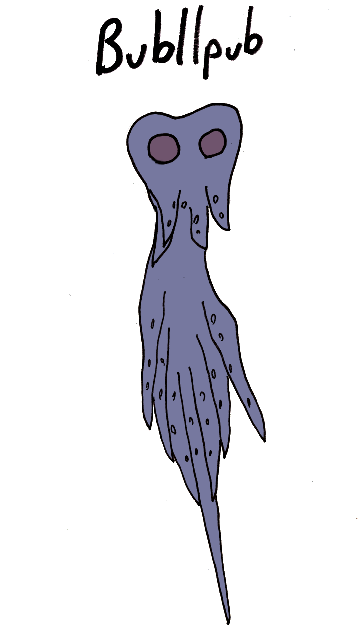 Bubllpub is an aide to the Pllvm’s royal family. In his universe the Pllvm homeworld is ruled by a single government, a monarchy whose lineage stretches back many generations. The royal family is not perfect, a few of the members are particularly cruel and set upon conquering other worlds, but most of them are decent enough rulers of the planet. First contact with alien species was only made in the current generation, and it has not always gone well. Bubllpub has been personally assaulted by six different alien beings. Still, he holds out hope that the planet’s entry into the galactic community will end up being beneficial for all involved. 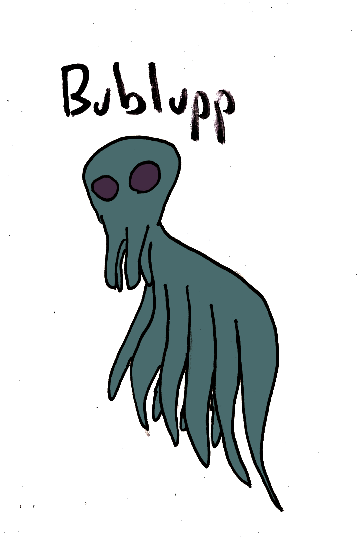 On a Pllvm homeworld that has not made first contact and has hundreds of separate nations spread over the oceans, Bublupp is just a working class “normal” person. He makes a living by delivering batteries to businesses with energy subscriptions and it is pretty easy work and he doesn’t hate it. Bublupp is focused on raising a family, and has two children, though his mate was killed in a tragic accident. He tries to be a good father, but the pressure gets to him sometimes and he will eat illegal intoxicating plants to relax. 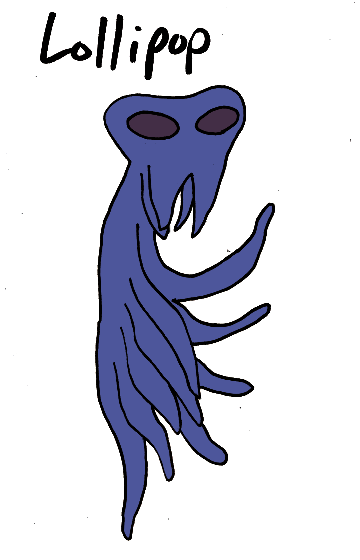 Lollipop, whose name being similar to an English word is just a coincidence, is a criminal for hire. Living in a significantly corrupt society, this sort of criminal mercenary work is about the best one can manage. But that doesn’t mean that Lollipop doesn’t have other ambitions. He daydreams of being able to make a living doing comedy. He stays up late at night working on his material alone. 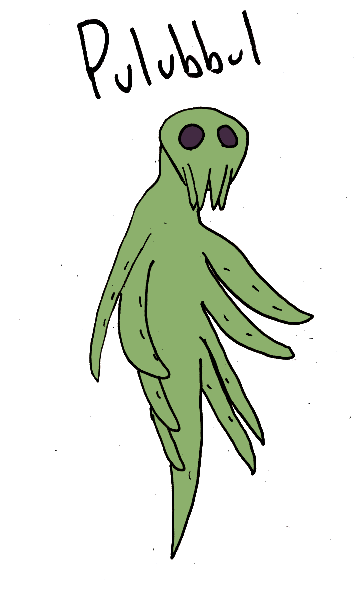 Though her homeworld is the capital of a federation that spans several star systems, Pulubbul has never been off-planet. She’s a homeworlder who thinks that the planet has everything she’s ever going to need and that other planets are basically for rustic idiots. That attitude is going to give her trouble when her rich uncle on a farming planet dies and leaves her his estate at the same time she gets kicked out of her apartment and has to go live with the “country bumpkins” she had no respect for. It’s a real fish out of water situation, except still very much in water. 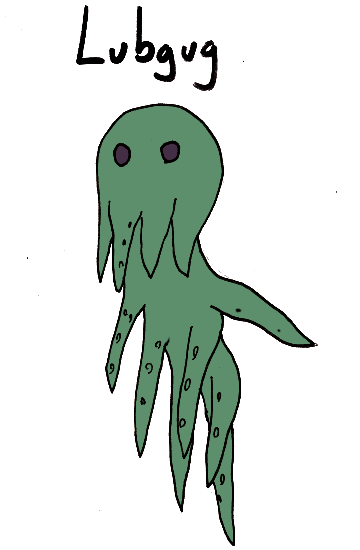 Lubgug‘s version of the Pllvm homeworld is beset by demigods. Some of the Astrolympians have visited this world, so naturally they’ve had children here. Those children of the gods have, as is their wont, been unruly and tend to fight one another. Lubgug is in the employ of one of the nicer demigods, called Helper, a compassionate being who pities the Pllvm and tries to stop the meaner gods. Lubgug and the other members of Helper’s following try to clean up and repair the damage after the fights. 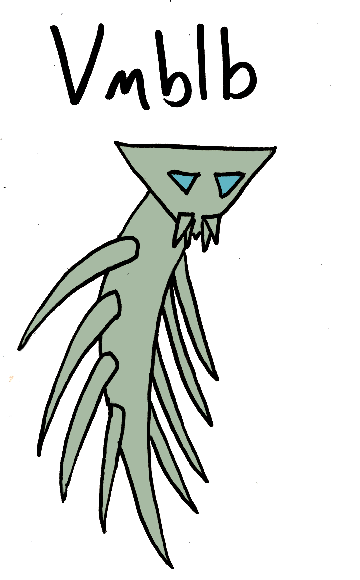 The Pllvm homeworld of Vmblb was once twisted by a dark magical entity, and Vmblb was among the Pllvm who were mutated and forced to serve that being. Though the monster was driven away and the mutated horde regained their free will, Vmblb has had trouble returning to normal society after all he’s been through. 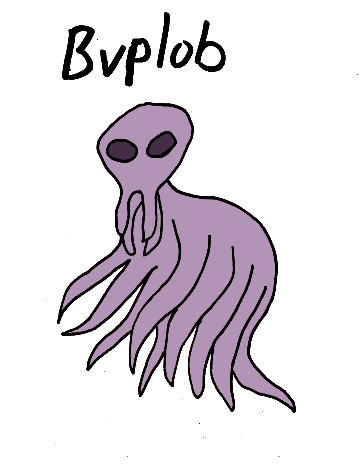 Bvplob is a scientist on her version of the Pllvm homeworld. This version of the planet has two rival governments waging open warfare and Bvplob is employed by one of them to create super soldiers. Bvplob does her job, but she has doubts about whether her side is any better than the other side when it comes down to it. As she goes about perfecting her formulae, she makes plans to use the resulting super powers on herself to try to put an end to the conflict she sees as pointless.