At some point, I wanted to create a He-Man style franchise which would have a bunch of characters that would fight in space. The idea was that they were all wizards who rode around in space on magical things. They just stood on the backs of their “Steeds” (that looked like worms and saucers and stuff) and held on to some reins and soared through space. I didn’t have any notes, just a single page of sketches of some characters. I guess I’ll have to flesh out the idea now, taking the four characters I sketched and adding a few more more, and coming up with a concept. I can never have enough magical aliens, I suppose: 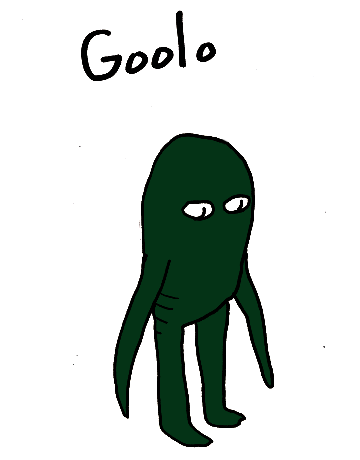 Goolo is a Vurjileod, which is the species that invented the techniques of the Universe Wizards. Centuries ago the wizards there learned to draw upon the very powers of the cosmos, the wizard created magical steeds they could ride at speeds greater than light. Sadly, this power corrupted the species and they spread throughout space with reckless abandon, causing all sorts of damage, both to the Vurjileods and to the other species they met. Now, in the present, there are not a lot of Vurjileods left, and those who are, like Goolo, are trying to fix the mistakes of the past by keeping Universe Wizard power out of the hands of those who would misuse it. 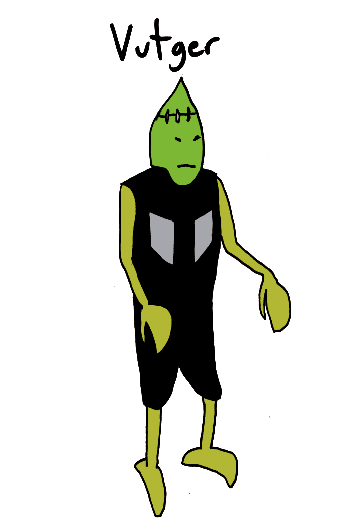 Vutger is a Universe Wizard of mid-level power. Strong enough to impress those who are not magically inclined, but not enough to make a name among other Universe Wizards, Vutger craves power and respect more than anything else. With that in mind, Vutger spends a lot of time posing as a god on primitive worlds, and any other time scheming against anyone more powerful. 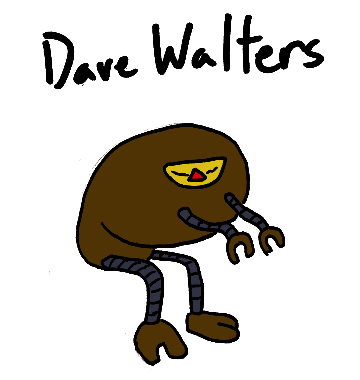 Dave Walters has a name that sounds human, but that is sheer coincidence. Dave is actually a Gurmikon, a species that has suffered under attacks by evil Universe Wizards in the past. Learning the ways of their magic, Dave has become very powerful and now opposes any and all other Universe Wizards, hoping to remove the knowledge of their powers from the entire universe. 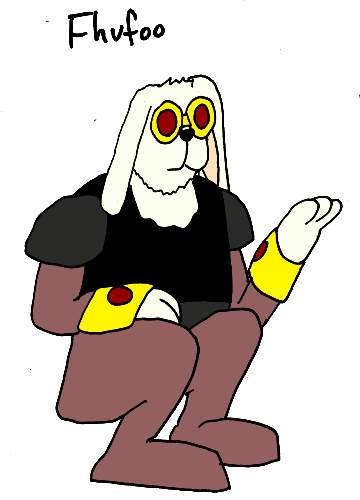 Fhufoo is a Trabban who has mastered the Universe Wizard skills and left the homeworld behind. Fhufoo has claimed a small planet and uses it to horde wealth gathered in travels throughout the universe, either going on treasure hunts or as an adventurer for hire. 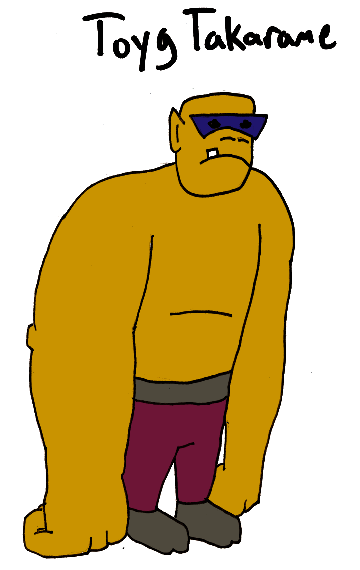 Toyg Takarame is a Groean, which is a large species whose homeworld is the seat of a royal family that uses Universe Wizards as its elite soldiers. Toyg is one of those, using the vast magical power to patrol the limits of Groean territory and defend against cosmic threats. Toyg is a noble and loyal sort, and pretty powerful as well. 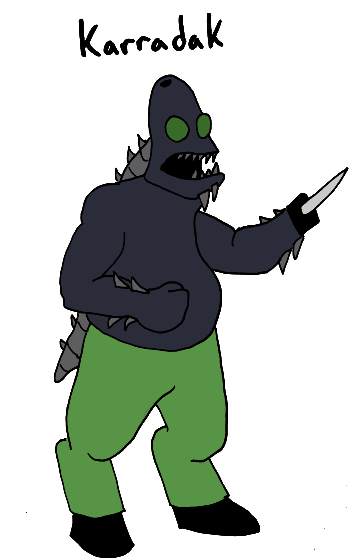 Karradak is the vilest of the Universe Wizards, interested only in serving his own interests. He is also one of the most powerful Universe Wizards still in existence, having killed several others to drain their powers. Wanting nothing less than complete and utter conquest of the universe, Karradak is as much a villain as one could be. He lost a hand in a fight against Goolo, but has replaced it with a spike, which he finds suitable.