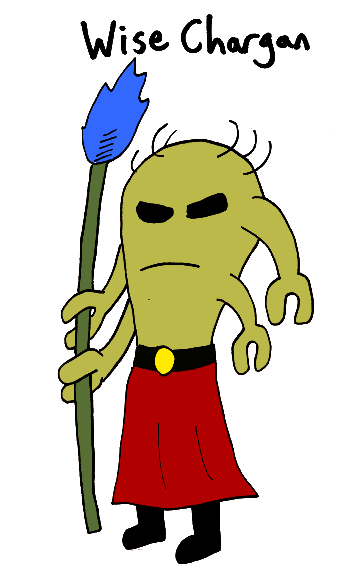 Planet Gurx is a world where knowledge is highly valued and collected, but sometimes forbidden knowledge has escaped the records and now only exists in the minds of those who call themselves “The Wise”. Chargan is one of the wisest Strondovarians in this sense, full of occult knowledge that is too dangerous to be made public. Chargan employs a small army of loyal subjects who infiltrate all sections of Strondovarian society and keep Chargan informed if any important “secret” information should be discovered. When that happens, everything in Chargan’s vast power is done to make sure that information is lost anew.

The project to create a New Gurx, a giant replacement planet for the tiny homeworld, is secretly being financed and led by the Wise. They have had their secret employees filling the interior of the planet with occult runes with meanings unknown even to those employees.
Universe: Blue 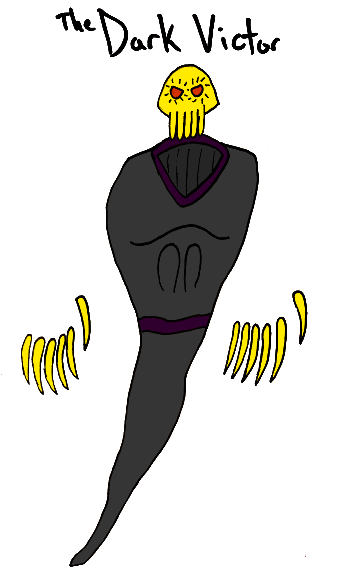 Centuries ago, the planet Jinnar was ravaged by wizards who wanted to wrest control of the planet from the technology-based governments that had ruled for so long there. A long war resulted, which left that planet in ruins, but at least the wizards were wiped out. That is, save one. A single one of those wizard found terrible secret ways to cheat death. So now, as the only remaining survivor on either side, that one wizard can safely declare himself the Dark Victor of the war. But even having survived, the Dark Victor did have to leave Jinnar to find a better place to recover. The Victor now roams from planet to planet, haunting the cosmos as a magical alien ghost monster, occasionally attempting to take over some other nice species. It’s a good gig, but it also makes him a prime candidate to be hunted by Konwaag the Magic Hunter.
Universe: White 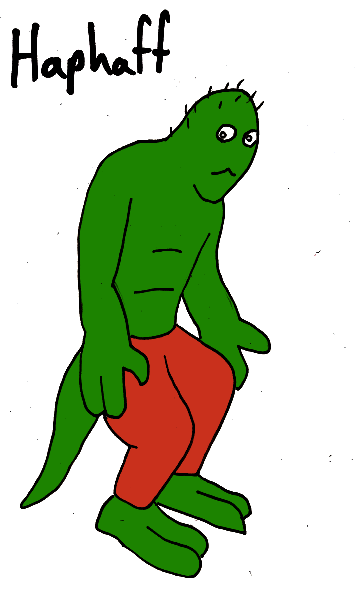 There was a time when otherworldly beings were present on the planet Dellwell and they were worshipped as gods. Though those beings seem to have left the world, their traces remain, but none more strong than Haphaff, who claims to be descended from those very beings. Essentially this makes Haphaff a demi-god, and his strength and durability seem to agree with that assessment. Though boisterous, Haphaff has not drawn too much attention to himself over the years, but there are elements working on the planet who would like to get their hands on him.

I didn’t mention it when I did the Dellwellians’ profile, but this is a species that was one I found among my notes from back in my youth. It was just two pages, one with a few Delwellian “superheroes”, and the other with the Dellwellian religion. Haphaff was the thing combining the two. I maybe thought it was clever that the species is hunched over normally, but this example of a more “bestial” Dellwellian stands upright, a reverse of how that might go with humans.
Universe: Orange