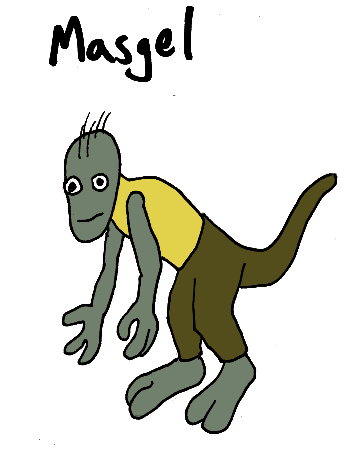 The Dellwellians are a humanoid species whose homeworld (Dellwell) is in a relatively small, but very populous galaxy, which they call The Circle. In most galaxies, the meeting of two intelligent species is a momentous event, but with over a thousand species in a pretty tight space (cosmologically speaking), it’s pretty standard here. When Dellwellians invented their version of telescopes five centuries ago, there was enough activity present in their skies that there was no doubt, they were not alone in the universe. First contact came and went, and the Delwellians joined a galactic neighborhood that was active and lively.

Some Dellwellians do leave the planet, but many just remain on the homeworld, which has become very built-up and over populated. The planet’s location, near galactic shipping lines, makes it an ideal stop for spacefarers of other species. 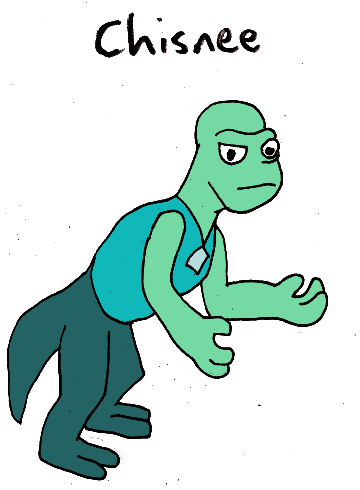 Masgel is a typical young Dellwellian. She has given birth to one child, and raises it while she pursues her own education. When she is older, she will abandon her young and go on to a career. She is hoping to get into the entertainment industry.

Chisnee is one of those few Dellwellians who spend more of their life off Dellwell than on. Working with a shipping company, Chisnee is a translator who tries to keep language and customs operating smoothly between the many different species encountered on a regular basis. Since the galaxy has been operating like this for a long time, there are vast databases on the subject, but it seems like there’s always some new thing that alien species will find to hate about one another. 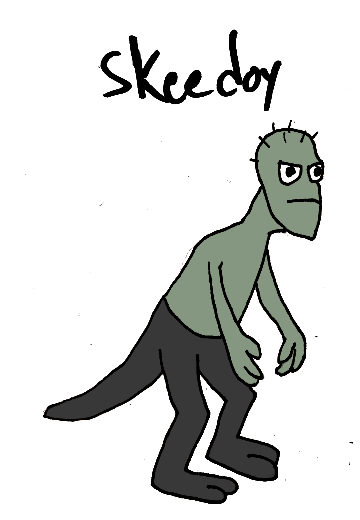 Skeedoy is the Dellwellian equivalent of a private detective. If someone needs a problem solved, they hire Skeedoy to do what he can to help. Because of this occupation, Skeedoy has seen the worst that Dellwell has to offer, and the worst that the rest of the galaxy brings to the planet. He’s become a very cynical and bitter sort. He’s not just world-weary, he’s galaxy-weary.

A Fact About Dellwellians: When Dellwellians reach sexual maturity, they are female-like in nature, possessing something similar to the egg and womb system of humans. When they run out of eggs, their body switches to a more male-like form, providing the sperm equivalent. After that they spend the last half of their life asexual.