Two characters this week defined by their parents. 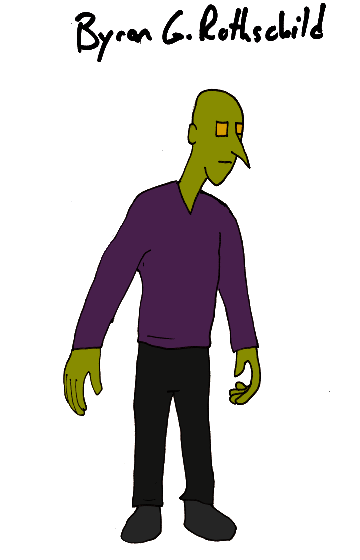 A strange, powerful, amorphous being from higher dimensions materialized on Earth to satisfy its own curiosity. During that visitation, it met Derek Rothschild and, as the being took a human form, a relationship began and was consummated. The entity left. Imagine Derek’s surprise when, seven years later, the entity returned and informed him of their child. Leaving the child with Derek, the entity left again, never to be seen on Earth again.

The child, now called Byron, doesn’t look entirely human, but luckily his family is rich enough that they can get away with it. When private tutors were brought in to teach the boy, it was discovered that his otherworldly mind could handle data and facts at a level unheard of by even the best computers. It seemed, however, that he did not have emotions, at least not in a way humans can understand. Though the family tried to force Byron into interactions with other kids, hoping he might make friends, Byron only became more aware of his outsider status and withdrew. He rarely left his family estate until, now a teenager, he developed a curiosity like that of his mother. He began sneaking out on his own and, in the process, made some friends more organically. With these other kids, Byron now solves mysteries. 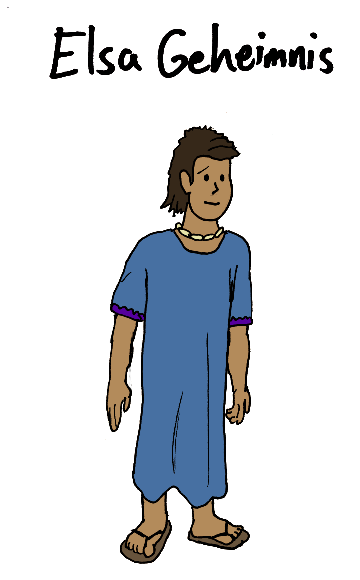 Though Elsa lives in the desert city of Kashgar, her father is a German. And he doesn’t even live in Germany, he’s in Thrakodacia serving as the right hand man of the Hateful King. Though her father has no pretensions of being a good person, he wants good things for his daughter. Not least, he wants her to be safe. He knows that his employer would use the presence of a daughter as leverage (though they work together, there is little trust between them), so he sent Elsa off to live with her aunt and uncle in secret. For now, as far as anyone knows, that secret is safe.

Elsa is living as normal a life as she can under those circumstances. Still, her family history being what it is, she has picked up some hints about the occult world. Finding some books that her guardians had hidden, among them her mother’s diary and some manner of spellbook, Elsa has found her mind awakened to strange things. Currently this manifests as an ability to project her mind to an astral plane where she can eavesdrop on meetings of stronger mystics. Perhaps she will learn much from this, but perhaps also she will accidentally draw attention to herself.