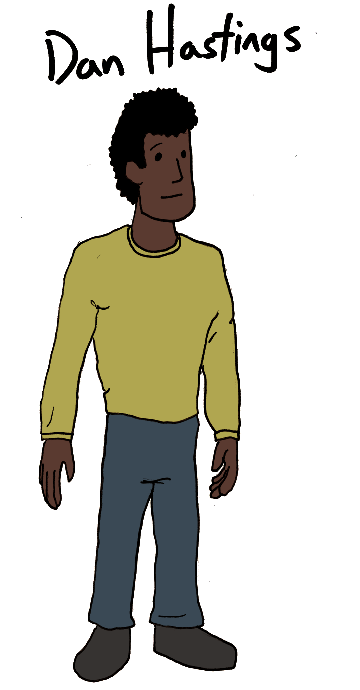 I’ve spent a lot of Sundays now developing alien races and the year is coming to an end. Is it time for PDR to do something different? Well, if it is, I’m going to ease myself back to those “human” things by looking at a couple that have been interacting with aliens.

Dan Hastings is a university student who has a part-time job at a grocery store. If he were asked, he’d probably say he was a pretty ordinary guy. The truth is, though, that Dan has trouble sleeping. For as long as he can remember, he has had dreams of strange beings surrounding him and doing strange things to him while he can not move. At least, he tells himself that they’re dreams, though he believes that they are real. What Dan doesn’t know is that the beings who have been doing this are a Strondovarian science crew that orbits the planet in a secret station and is experimenting on Dan’s mind. The first Strondovarians to discover the planet they are interested in testing the limits of the human mind by giving Dan Hastings mental powers like telepathy to see what he does with them.
Universe: Blue 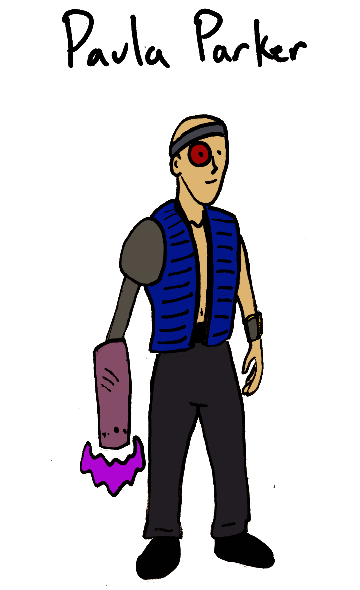 Unlike Dan, Paula Parker has not returned to Earth after she was abducted. Paula was only seven years old when she went missing during a family picnic. Her family never got any closure to her disappearance, because she had been stolen by an alien who had created a wormhole to reach the Earth, taken the child and left. The abductor, whose purpose Paula never learned, was a large creature with advanced technology but never expected that the child could be a threat. Paula lashed out at her kidnapper, smashing a piece of alien equipment and causing an explosion. The alien died, leaving Paula stranded at the alien’s headquarters on an apparently otherwise empty world. Paula survived, learning what she could of the alien technology. She eventually figured out how to use the wormhole device, but had no idea how to tune it back to Earth. She had adventures on many strange planets and met many strange peoples, none of whom had any idea what humans were or where they came from. The universe is large and finding a single planet in it is near impossible if you don’t know where to start. Paula had to give up on ever seeing her world again, and for over a decade has fought for her survival among the stars.
Universe: Orange 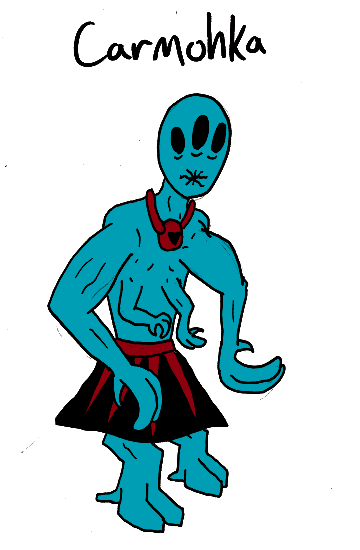 It must be noted, however, that humans aren’t the only ones who are getting stolen by weird forces from beyond their homeworld. Carmohka is a Hivrhin One, the strongest warrior of her city, perhaps of the entire planet. She was participating in a plan to raid a neighboring city’s Queenhouses, if the mission had been successful, her city would have become the dominant power in their hemisphere. But without warning, while en route to the job, a strange flying craft appeared above Carmohka for just a moment, and Carmohka vanished. Her allies never got any explanation, her superiors had to assume she’d become a coward and fled. Even Carmohka doesn’t know the truth, because as soon as she was aboard the strange craft, she was placed in suspended animation by her captors, an alien race intent on capturing the best warriors and preserving them for a threat they predict will arrive in the future.
Universe: White