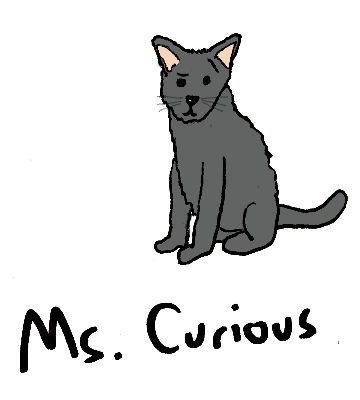 Cats are more in tune with the supernatural side of the world than humans are. And the especially intelligent cats can be downright experts in the field. Ms. Curious is the world’s foremost paranormal investigator. Avoiding notice from the humans, she seeks out stories of haunted houses or monster sightings and looks into them. If anything truly out of the ordinary is happening, she will do what she can to help. She’ll help ghosts find their rest and, if necessary, she’ll bring down monsters whatever it takes.

I can’t draw cats even more than I generally can’t draw things. Still, I like the idea of a cat out there solving problems that humans don’t even realize are going on. 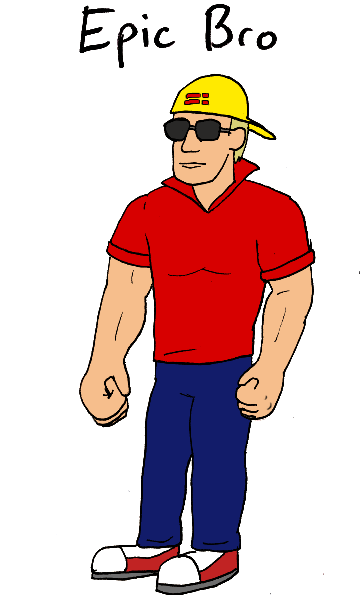 Tyler Watson is straight up trippin’, dawg. He got the mad skills. He be punchin’, he be running, he be fuckin’ shit up. You know he’s bomb, ’cause he’s Epic Bro.

Okay, look, I can’t write “bro” lingo. It is beyond me. I can’t fathom it. But still, what we have here is a superhero character who embodies that type of attitude. I figure Tyler here was about sixteen when he developed supernatural powers, not knowing that he inherited them from a father he never met, and, while he does try to do “heroic” things, he’s also the kind of young idiotic person that cares more about style than substance. It is not uncommon for him to attempt his heroics while in an impaired state (Say, if a crime happens while he was at a kegger). And worse, he’d the type who things it is important to prove himself in a fight. If I did a story about him, I’d try not to paint him as a bad guy, but he’d have to grow up to be a real hero.