Once again, only one page of Robots: 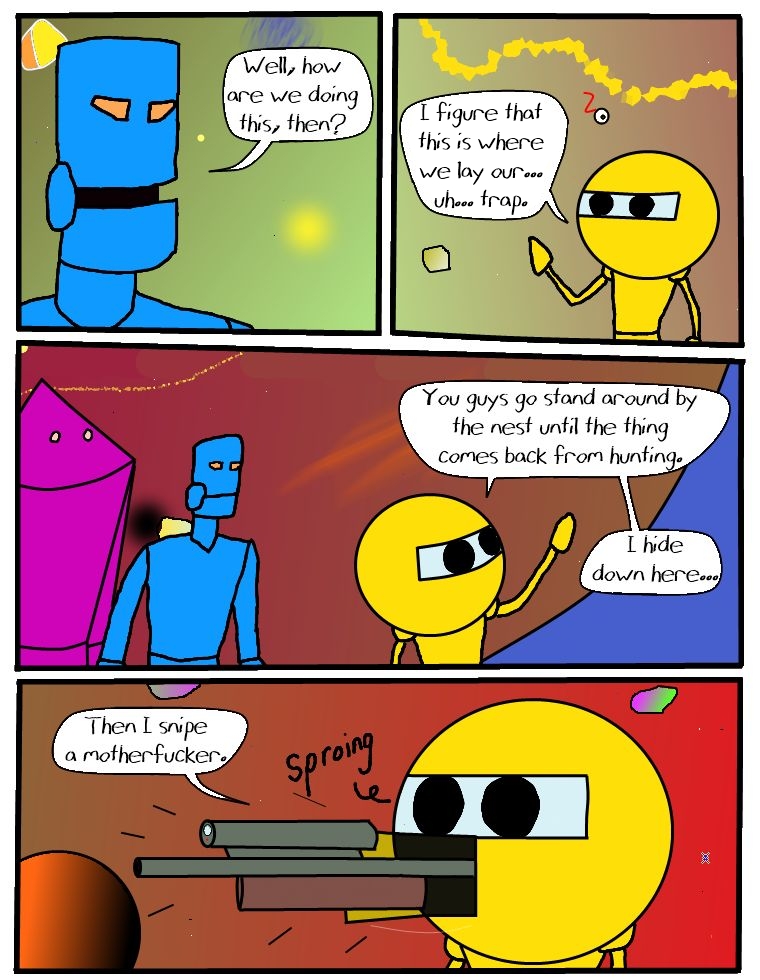 And, as ever, the Phone Gentlemen: 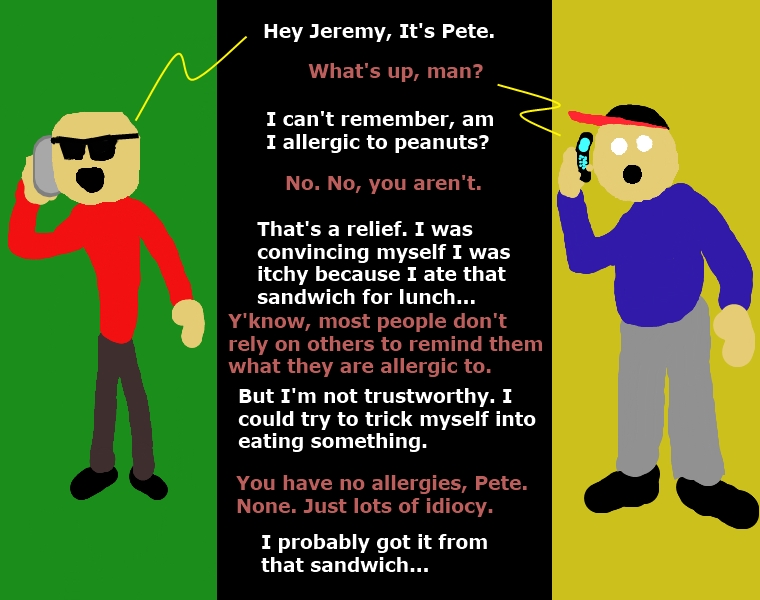 The good news is that, according to Dictionary.com the word “Fuck” when translated into Estonian, becomes “Jamama” which is awesome. The bad news is that it only does so when used in the sense of “To fuck with some one’s mind” or “I’m gonna fuck with those guys over there so they think dogs are made of ham” or whatever, but not as a simple curse. Which is a shame, because the idea of some guy dropping a hammer on his toe and yelling “Jamama!” really did have an appeal to me.

This guy was totally baking a fried ham when it bit him. Surprised that his ham had a mouth, teeth and the necessary musculature to bite he took it back to the store from which he’d bought it. The storeowner explained that that particular ham was always troublesome. The man got his money back and the storeowner threw out the ham. The end.

That’s neither a joke nor a story, really. It’s just a paragraph about a ham that could bite.