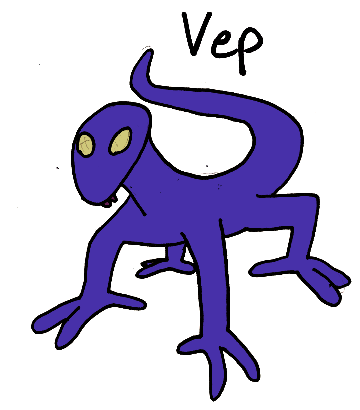 The Ixkruns are a small lizardlike species native to the planet Szunkring. While the technologically advanced Szunkruns would be seen as the dominant species of that world, communication between the Szunkruns and the Ixkruns makes it clear that they are each intelligent beings. The Ixkruns are content to coexist with their planetary brethren, but the Szunkruns don’t care enough to even think about it. If something makes a profit, that’s what the Szunkruns value. Unfortunately, that means that the jungle homes of the Ixkrun have been invaded by Szunkruns seeking resources for short-term gains. Mux is an Ixkrun. 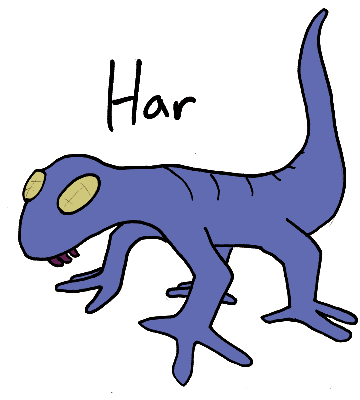 Vep lives a peaceful life in the dense jungle of one of the planet’s remotest islands. This is the ideal existence that all Ixkruns wish they could have. Vep has no sense of the troubles that other Ixkruns over the world are facing, and no idea that they could eventually reach even that little island paradise.

Har lost his home when the jungle he was born in was demolished by a Szunkrun rich person who wanted more warehouse space. Now Har is an “Urban Ixkrun”, trying to eke out a living in the unnatural environment. Often, those in this situation have to resort to stealing, and Har is no exception, having to live one step ahead of the security robots just to survive. 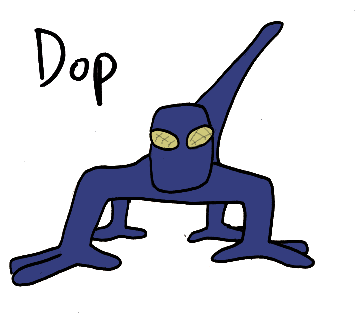 Dop could be called a traitor. While most Ixkruns are happy to spend their days in the wilderness, Dop wants power, and gets it by working with the Szunkrun Council of Bosses. Nobody thinks anything about an Ixkrun wandering around in the jungle, so Ixkrun is able to get close to the secret bases of the outlaw hero Montoroloxi and report what he finds back to the corporate masters.

A Fact About Ixkruns: All Ixkruns are biologically male until mating season, during which some will take on female traits if they are the dominant part of a mating pair. After mating season or gestation ends, they return to male form.