The planet Szunkring is one full of intense class warfare. The rich weigh heavily on the poor, but the superhero Montoroloxi stands for the little guy. But who else is there?

(Montoroloxi was one of the ideas I spat out in Superhero Sunday year that least grabbed me, so I figured maybe if I threw some more details onto it I might find it more interesting. Let’s see if it works.) 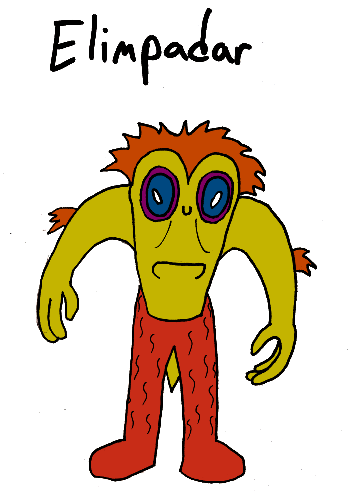 Elimpador was born to a low-class family in one of the slum areas of a major Szunkrun city. She tried to do things the honest way, she got a job working as a powertube cleaner, but when a new technology was developed that made that job obsolete, she was fired. Before she could find work elsewhere, she was beaten up by an angry mob who hated her for being a lazy unemployed drain on society. While she was recovering from those wounds, she was unable to pay for her home. And when she found that nobody was willing to hire a homeless wretch, she had to resort to stealing to stay alive. A week later, she was in prison, and considered it a blessing, because at least she was being fed. When Montoroloxi broke her out, she was at first reluctant to go, but she has since found new worth by organizing operations for Montoroloxi’s underground allies. 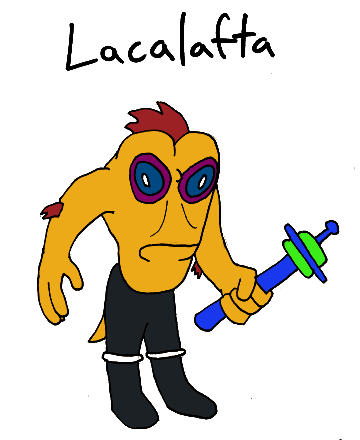 Lacalafta was also born to a poor family, but found a way out. Being a naturally tough individual, Lacalafta sold her services as a bodyguard or as a soldier. The well-off Szunkruns have no desire to do their own dirty work, but sometimes they need someone to be beaten up. In such cases, they can hire Lacalafta, who has no qualms about beating up the sick or the needy as long as it makes her own life better. Since Montoroloxi began his crusade of protecting the weak and the poor, however, Lacalafta’s job has gotten much harder. 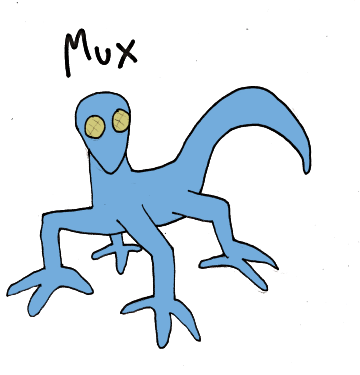 The Szunkruns are not the only intelligent species on Szunkring. Mux is a member of a small lizard-like people also native to the world. Mux’s people, though, did not develop currency or technology, or even an interest in it. They are content to dwell in the planet’s jungles with their simple lives foraging for berries and lazing around on hot days. But those jungles are shrinking because of the actions of Szunkruns who crave what resources the jungles can give them. To protect his home, Mux has joined Montoroloxi’s battle against the rich jerks. Mux has all kinds of neat powers like sticking to walls, regenerating limbs, and being able to freeze and thaw out unharmed. 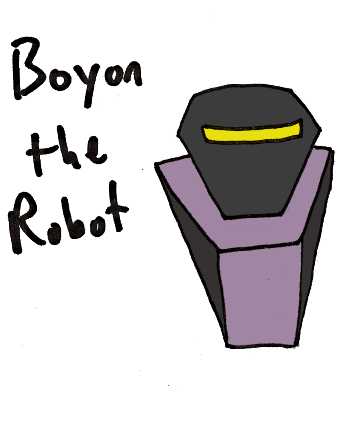 Planet Szunkring is a very high tech sort of place. All over the planet there are intelligent robots designed to make things easier for the Szunkruns (the ones who can afford it anyway). One of those robots is called Boyon the Robot, and it has come to the conclusion that Szunkrun society could be better. Though it continues on with its regular robotic duties, Boyon the Robot has also decided to help Montoroloxi who seems to be working toward the kind of society that Boyon the Robot would prefer. As such, Boyon the Robot is Montoroloxi’s undercover agent, able to get into all of the places no regular Szunkrun could.