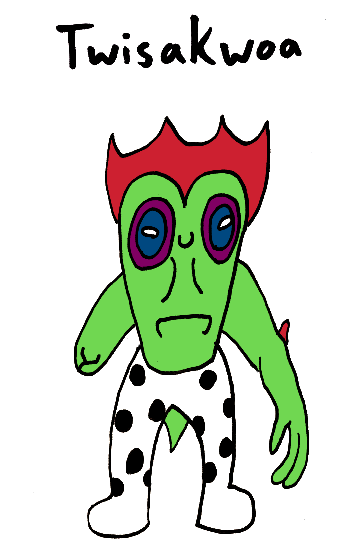 The planet Szunkring is a lush, warm world circling a red star. The natural life on the planet, though, is being beaten down by the Szunkruns, a high-tech race that doesn’t care too much about the long term. Szunkruns are a humanoid species (though with short tails, and their faces set in their torsos). Their skin ranges from green to yellow and orange. As a species, the Szunkruns value wealth and prosperity to a fault.

I’ve covered Szunkruns several times already on Super Sundays. First was Montoroloxi, based on an old sketch of mine. Then I fleshed him out by giving him a supporting cast. Then I gave him another villain: Juka the Deadly. Now here’s some Szunkruns that are not directly related to him, to flesh out the rest of the world. 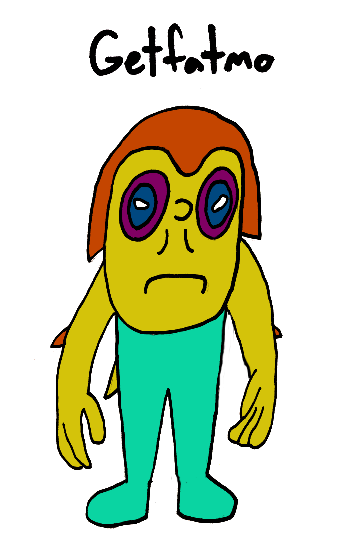 Twisakwoa is, unfortunately, a beggar. In her youth, she served in a security unit during a time of conflict between two rival wealthy individuals, a veritable war. She saw a lot of combat, and lost an arm. After that, she was basically considered useless, and was fired. Nobody thanked her for her service and nobody helped her readjust to life. Now, Twisakwoa lives on the streets asking passersby for scraps, because asking for actual help just makes them ignore her.

Getfatmo works in a factory that designs and builds the robots that are so important for keeping Szunkrun society running. Specifically, it is his job to ensure that no robots are intelligent enough to realize that their lives are non-stop toil. It’s considered both a mercy, because it keeps the robots from being smart enough that they suffer, but also a security measure, because Szunkruns are certain that robots would wipe them out if they got the chance. Getfatmo wonders if this belief represents some sort of planet-wide admission that society is deeply flawed, and if it should be taken as a sign that things need to change. But answering that question doesn’t pay bills, so Getfatmo just keeps working. 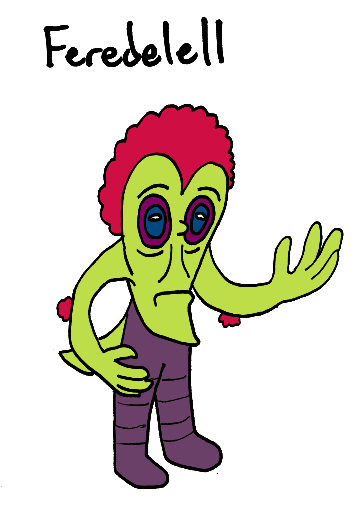 Feredelell is a rich person from a line of rich people. Feredelell could go every day of his life without even trying to do anything useful to earn more money, without wanting for anything, and would still have more left over than most people see in their lives. Feredelell could also use that wealth to change the world for the better and still have much of it left. The first option sounds easier, so that is exactly what Feredelell plans to do.

A Fact About Szunkruns: Szunkruns can store food in a pouch in their mouths for later eating, but in the modern wealth-based society, that is considered something poor people do. People with wealth consider is a status symbol to not need stored food, because it shows their confidence that they can get food whenever they want it.