An albino pigeon, sick of the city life, goes to the wilderness to try to find a better way. And it sucks and he makes a mess of it every time. 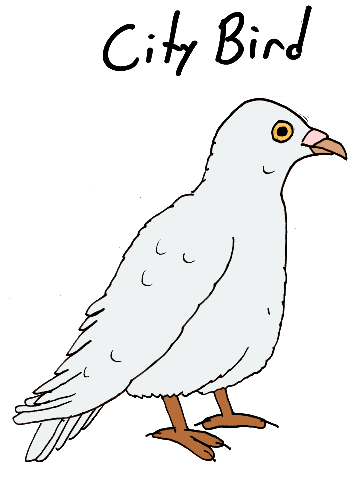 City Bird is the only recurring character on this show. He’s a boorish jerk who just wants everything to go his way with no personal effort. So, having moved out of the city (both because he was getting sick of that life, and because he’d burned a lot of bridges with the pigeons there) he is now trying out “simpler” life in the woods. One week he’ll try living with some raccoons, the week after he mooches off some moose, and so on. He’d also have to learn to avoid predators, with only his city wits to get him through.

I feel like this is a terrible idea that could still somehow produce a show that would amuse me.

Let’s say the wilderness City Bird is wandering is the same one that the Horribloid is in. Why not? 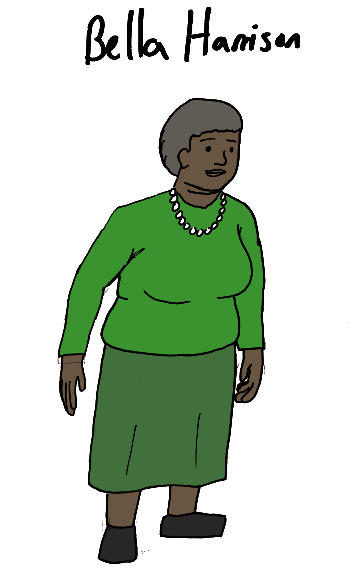 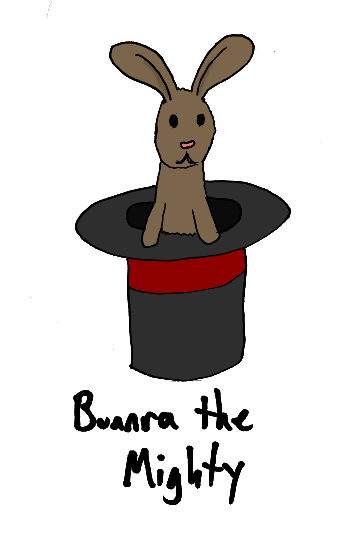 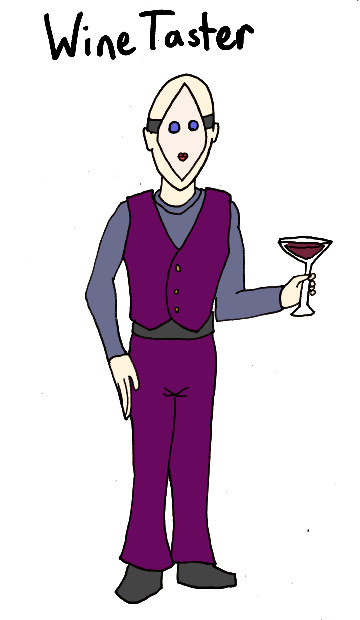 Suppose you’re at a party, or any kind of social gathering for that matter, and you see one person among the crowd wearing a strange mask, sipping from a glass of wine, and seemingly focused very intently on you. Maybe you turn to someone you know and ask what the deal is, but when you turn to look back, they’re gone. You’ve just been a victim of the Wine Taster.

The Wine Taster is an Unsettling Oddity, a being who exist solely to cause confusion, create insecurity, and make people ill at ease. These sorts of emotions cause the psychic plane to roil and bubble, generating the energy on which the Oddities feed. While more predictable entities might try to create outright fear in their victims, the Oddities look down on those as lacking in subtlety. They’re the snobs of the mystical entity set.

As with last week’s entries, I’m exploring characters who would exist in the world of the Secret Government Robots comic, in which the Oddities are one of SecGov’s fellow weird governments. 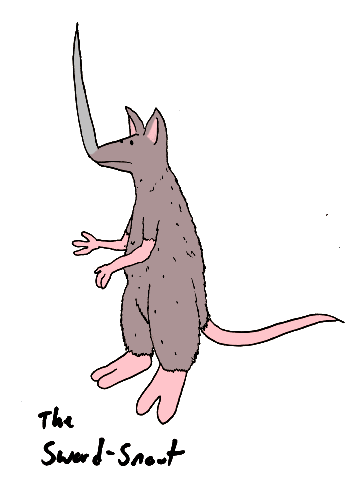 In the forests of Upper Canada a most strange and monstrous creature has been reported. Hunters have spotted a large rodentlike beast, the size of a wolf, but with a blade protruding from its face. It has been seen running through other animals, such as deer, rabbits, or even birds. It has been seen feasting on their remains. But no hunter has reported being attacked. Or at least, none that has ever been attacked has managed to report it.

This one was at least partially inspired by a recent few hours I spent reading about Fearsome Critters. I like that sort of thing. After I’d done the sketch, I figured it would be a good opponent for Horribloid. 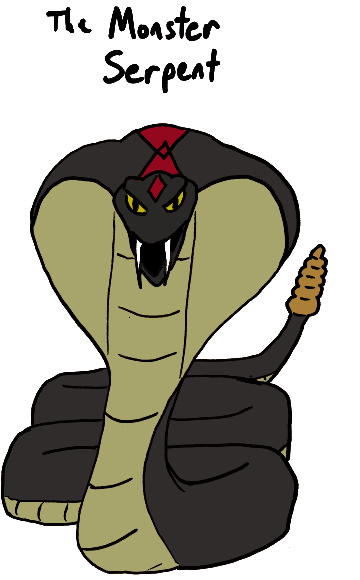 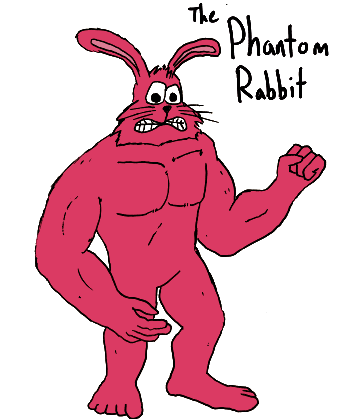 Okay, we’re out of July, so instead of looking back at old characters I created as a kid, let’s see what new things I’ve got to offer: 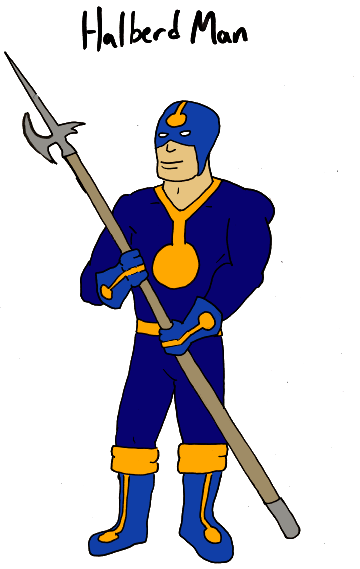 Dirk Carson worked for the movies. He was a stunt man and weapons expert specializing in medieval and fantasy epics. Dirk’s brother was a director and the two often worked together. It was a good time, but eventually Dirk’s brother wound up in debt to some crooked businessmen. Increasingly desperate, he embezzled from the studio. When Dirk found out, he offered to help, but it was too late, his brother was captured, then killed by a hitman before his case could go to court. Dirk, unable to find justice for his brother through legal means, Dirk wound up throwing together a ridiculous costume from the studio wardrobe and using a halberd to seek his own revenge. The Halberd Man now stalks the night, bringing down the criminal empire that is responsible for his brother’s death.

There’s a lot of superheroes (and villains) based around old-style weaponry. The most popular is going to be your archer characters, who are all descended from Robin Hood, really, but you can find characters with swords and whips and axes and hammers. So anyway, it was with that in mind that I picked some obsolete piece of weaponry and make a superhero out of it. 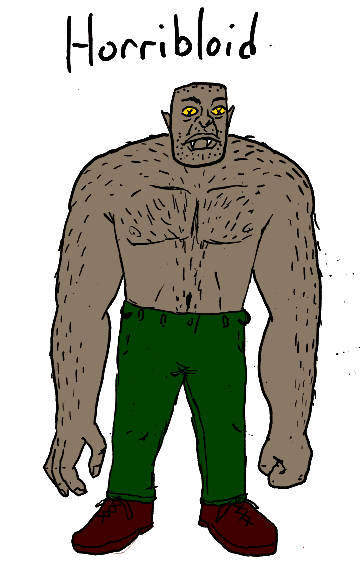 Roaming the countryside is a creature, the creation of a mad scientist who tampered with things man was not meant to tamper with. The Horribloid! Large, strong, brutal, it hides in caves and woods, roaming wherever it may. It is occasionally seen by people, who flee before its fearsome visage, but it seems to want nothing to do with people and keeps to itself. Or so it seems. In fact, the Horribloid is not alone. The Horribloid is able to communicate with animals, and has friends among the birds, rabbits, foxes, and other animals of the area. In the service of his friends, he has become something of a superhero to these animal civilians, a strange visitor who devotes his time to their protection.

This is one of those cases where I drew something and then had to make up a story to go along with it. I look at this guy and I think of the kind of monsters that might show up in some Golden Age comics, but since this is a good guy I had to flip some of the story points around. But then you just get Frankenstein’s Monster, so I threw the bit about animal-talkin’ and I had something new.