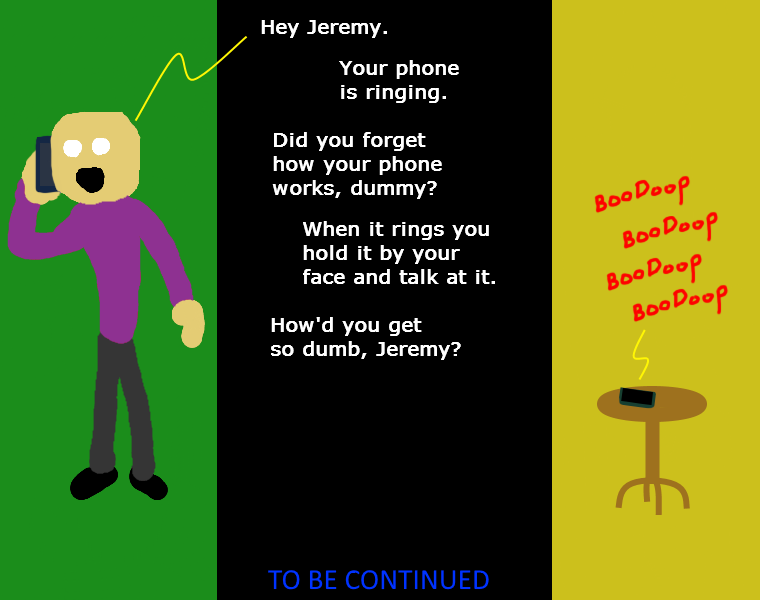 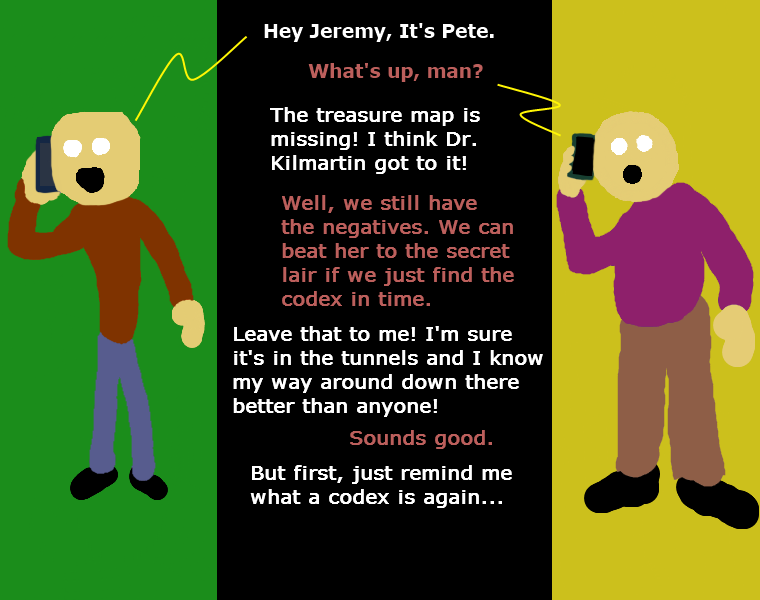 Brainiac is one of Superman’s biggest villains, but he’s one I’ve not invested a lot of thought into. For a long time I had no good idea of how to really have Brainiac as a contrast for Superman, but that turned out to be obvious: Brainiac is really smart sci-fi jerk who thinks that being smart gives him permission to do whatever he wants and therefore he acts like a sci-fi jerk. That’s actually a really good villain for Superman and I don’t deny it. 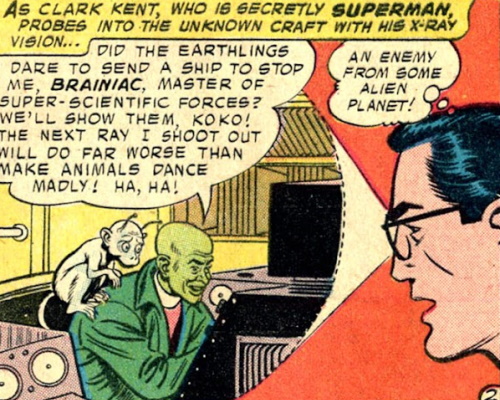 Sometimes I suspect the creators aren’t quite sure what to do with Brainiac either. When he was retooled from just being an alien jerk to being a alien jerk computer, I feel like that was an improvement (and it was pretty much done for legal reasons anyway). But one change to the character I absolutely do not like is one I have seen praised on the Internet. In the 90s Superman cartoon (and on Smallville as well, I think) Brainiac is a computer program that originates on Superman’s homeworld of Krypton.

So there’s now probably a whole generation for whom that is the version of Brainiac they’d first think of, and still more from other generations who like the idea. Well, I don’t care for it. Here’s some reasons why:

Superman Doesn’t Need A Personal Connection To Fight A Supervillain

One of the primary reasons that superhero writers like to tie a villain to the hero’s origin is because it makes things “Personal” for the hero, heightening the dramatic stakes. Anyone who has paid attention to my rantings and ravings about the superhero genre for the last few decades will know that I hate when stories think superheroes, especially Superman, need to have “personal stakes” to oppose supervillains. In fact, if every villain a superhero fights is a personal grudge match, that isn’t being a superhero, that’s just having fights about your own stuff all the time. There’s a place for that kind of story, sure, but I don’t think that place is in Superman comics. I’ve argued many times that Superman should just do superheroing because it is the right thing to do.

Anyway, since the inception of the character of Brainiac has had connection to the Superman’s history: Brainiac once captured a whole city from the planet Krypton and still has it in a bottle! That’s certain to get Superman’s attention. But it isn’t personal, it’s just what Brainiac does. Brainiac has captured hundreds of cities from planets all over space and Krypton was just one of them, nothing special to Brainiac, no matter how special it is to Clark. I think Brainiac being cold and aloof and disinterested makes for a better alien computer jerk than if he’s specifically invested in Superman.

(And, as an aside, we’ve already got all the Phantom Zone criminals as Krypton-related villains for Superman if we need those.)

We Have Eradicator For That Now Anyway

The idea of a Kryptonian computer program that goes bad and becomes and enemy of Superman was already someone else’s shtick when they gave it to Brainiac. The Eradicator is a Kryptonian device that has gone on to gain a humanoid form and appear as a villain or ally to Superman when a story needs it. Eradicator may not yet be an especially engaging character, but he has a prominent role in the comics from the Death of Superman era, so he will continue to be a recurring presence in Superman stories from now on. Maybe he’s not iconic, but he shows up and that’s half the work toward becoming a classic character.

So if we give the Kryptonian computer role to Brainiac, we’re going to have a redundancy when Eradicator comes along. We don’t need two of ’em.

If Brainiac joins the Phantom Zoners and Eradicator as being villains from Krypton then it really starts to seem like ALL of the villains are from Krypton. Space is vast! If everything that happens in it revolves around one dead planet, we’re really underutilizing what space has to offer. But if we let Brainiac have planet Colu, we have a whole other world we get to play with. Coluan culture can become a source of story ideas. You can introduce other Coluan characters or locations on the planet to visit.

I’m not a particular fan of the Legion of Superheroes, but that series gave us Brainiac-5, a Coluan descendant of the supervillain who is a hero. Brainiac-5 is a popular character and he’d make less sense if Colu is out of the picture.

Krypton’s Death Is More Meaningful If It Was Meaningless

And what bugs me most about tying Brainiac to Krypton is that it implies he’s involved in its destruction. I don’t like when the destruction of Superman’s homeworld is actively being caused by any individual or organization. It works best when the planet is doomed by natural causes and the inaction of its people to act. It we say the destruction was actually intentionally caused by Brainiac it is less about the failure of Kryptonians to solve the problem and more about just a supervillain. That’s less good. But I can’t stress enough that I feel that way about ANY villain who destroys Krypton, not just Brainiac.

Anyway, this was more than I intended to type on this topic. I could come up with more, but I think I’ve made my point. You’re welcome to like the idea of Brainiac being from Krypton if you want. You’d just be wrong. There’s no shame in that. 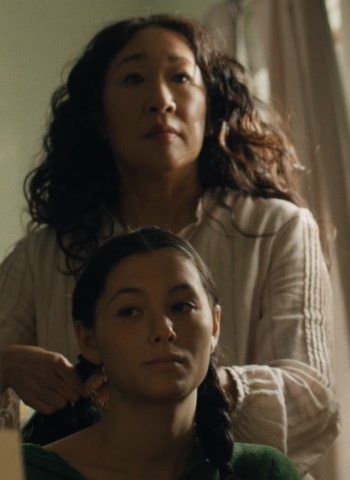 The Beekeepers I’m looking at today run a honey farm called “Chrissy’s Honey Bees” and are the main characters in the 2022 movie Umma. Only two people run Chrissy’s Honey Farm, those being Chrissy and her mother Amanda Williams, with the former being the one who instigated this family business. When she was just a child Chrissy acquired a book about beekeeping, brought it home, and demanded that they start doing it. Until then Amanda had been an accountant, but she always tried to be a perfect mother, so she overcame her own dislike of bees to indulge her daughter’s hobby. Starting with a single hive, they grew the operation into a business that could provide for them both. They’re so successful at the start of the movie, when an online influencer has spoke well of them online causing an unprecedented demand for their honey, they have to expand the farm even more to keep up.

But things aren’t perfect for this duo. Amanda was raised by an abusive mother who would go so far as to use electricity to harm Amanda. This has left Amanda emotionally scarred and terrified of electricity, to the extent that she claims to have a medical allergy to electronics (It’s likely Amanda’s original dislike of bees was because their buzzing reminded her of electricity). With this background, it is no surprise that Amanda abandoned her mother, changing her family name and ignoring her cultural heritage, even creating a fictional “grandparents” to tell Chrissy about. Now Amanda and her daughter live “off the grid” on a farm with no phones, no lights, no motor cars, not a single electronical luxury. (They do use candles at home, but I don’t know if they use their own bees’ wax to make them.) 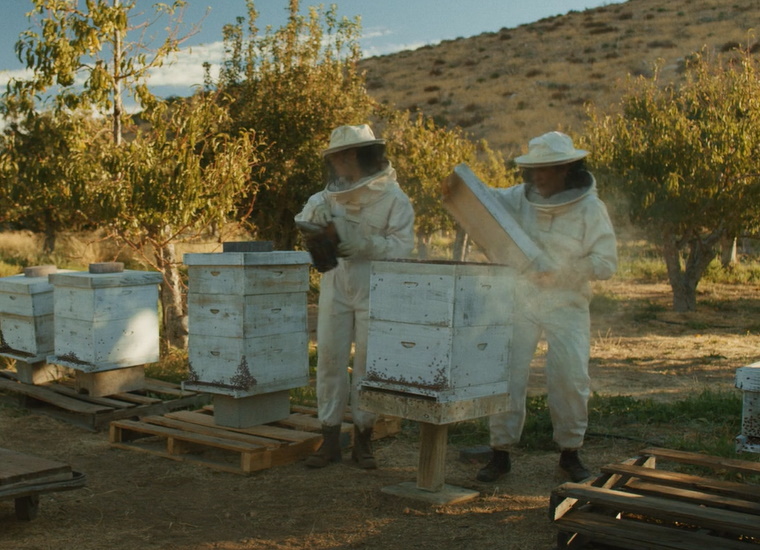 The problems they face in this movie stem from Chrissy growing up. She’s lived a sheltered life and wants more, she wants to go to college. Amanda is protective of her daughter, who has trouble fitting in, and doesn’t want her to go, but risks becoming controlling in a way that reminds her of the abuse she went through. Coinciding with all this, Amanda learns her mother has died and the ashes have been brought to her. What results from this emotional turmoil is a haunting in which three generations of women have to deal with their emotions and traumas and place in the world. Beekeepers versus ghosts is a great setup for me, but the fact that the family keeps bees doesn’t really factor into the horror plot here. At one point the bees do seem to respond to the haunting, but not in any way that matters.

In the end Amanda breaks the cycle of abuse by confronting the ghost of her mother and making a kind of peace with her, but never denying the damage done. I’d consider this a very beekeeperly move, if the bees had been in any way involved (maybe as psychopomps to help the souls of the living and the dead communicate?). And Chrissy does get to learn more about her culture and gets to go to college, but I’m sure she won’t give up on Beekeeping. Her name is in the company’s name after all.

Three Honeycombs out of Five. They’re above average Beekeepers for sure, but the beekeeping doesn’t tie into their supernatural adventure here, so I can’t go higher. 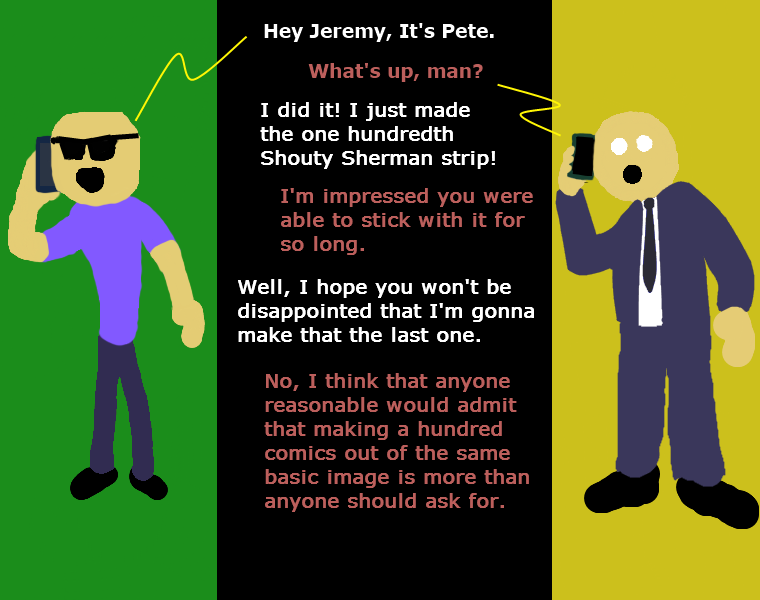