Beekeeping is Jules Beachum’s dream. It started as a mere hobby, but he liked it, so it has become the thing that he yearns to do with his life. Before, he owned a restaurant, but that was just a family business that he’d inherited from his father. When Jules took over, his heart wasn’t in it, and the customers could tell. The business failed. 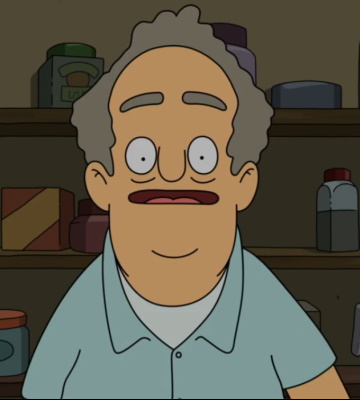 But Jules’s heart is in beekeeping! Admittedly, he’s off to a rough start. He kept his first two bees in a jar until they died, after which he was surprised to learn that you don’t get honey by mushing up the dead bees. After that failure, he was surprised to learn that you also don’t milk them for honey. Basically, Jules began with an absolute zero in his Beekeeping skills. But unlike the failure with the restaurant, Jules isn’t giving up on Beekeeping. He’s been studying and he’s bought the proper equipment, and it seems like he’s on the path to becoming an professional Beekeeper.

And that heart boosts Jules’s rating in another way as well. As I’ve gone about reviewing Beekeepers there’s one trope I’ve come across far too often: the Apiarist In Distress. If you look back at Holofernus Meiersdorf or Fullan you can see the problem. Those are beekeepers who are just sitting around waiting for a protagonist to come solve their problems. That’s not how high-rating Beekeepers do it. But when Jules appears in an episode of Bob’s Burgers he has a problem: he wants to get back a flat top grill from the failed restaurant so he can keep it in his family. And while the Bob’s cast does get involved, Jules wasn’t waiting for them before he acted. They encountered him in the midst of his scheme. He attempts to steal the grill using disguises and secret passages. Jules is not an Apiarist in Distress, he’s an Apiarist in Action. He may not have supernatural powers or incredible combat skills or more than basic beekeeping talents (yet), but he’s got that extra-special something that can get a Beekeeper an extra point. And all that when he’s got an allergy to bees.

I must include the caveat that there’s always a chance he could reappear on the show and they’d pile on more jokes about his terrible beekeeping and that would hurt his score. But until then: Three Honeycombs out of Five.