My memories are that it’s about a ship full of colonists who go to another world to start a new society. While there, they have a bunch of troubles, not least of which is some kind of native life form that I think was trying to contact them in their dreams. I feel like there may have been a months-long break in the airing of the show. I have no idea what parts of what I just said are correct, but that’s how it is in my memory.

I refuse to read past the date on that Wikipedia page, because PDR is going to rewatch Earth 2 and write about it here on this website that he likes to write it on. I expect to do more than one post a week until I get through, so for the next month or two I’m going to be steeped in Earth 2-ness.

There was an episode of the ’90s Spider-Man cartoon that had Robert Farrell in it. They never actually call him “the Rocket Racer” in the episode, but he does all the usual Rocket Racer stuff. It’s got to be the most prominent appearance of the character outside of the comics so far, and it’s likely to remain that way for a long time. 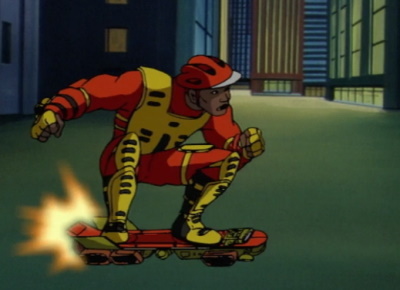 In the fifth episode of the third season, titled “Rocket Racer” we meet Robert Farrell, voiced by Billy ‘Pop’ Atmore.

Watching the episode, I find that we get a lot of the things I want to see in a Rocket Racer story. There’s subtle commentary on race and how ex-criminals aren’t given a fair shot at finding their way back into society. We’re shown Bob struggling to help out his sick mother, whose illness is never identified. We’re shown that the neighbourhood where Bob lives is on his side (a pharmacist gives him a discount on medicine). Bob shows no signs of romantic interest in anyone. We even get the Big Wheel making an appearance. All in all, this is about as faithful an appearance to the comics version as possible. So here’s where I pick out what is different about Rocket Racer here and his usual portrayal in the Marvel Universe.

So that’s my report on the Spider-Man Animated Series episode Rocket Racer. Let’s see what the people on the Internet have to say about it. “This episode and The Spot are considered by most fans to be the two worst episodes of Spider-Man: The Animated Series.” Ah. Well. At least it’s a tie, and not dead last. 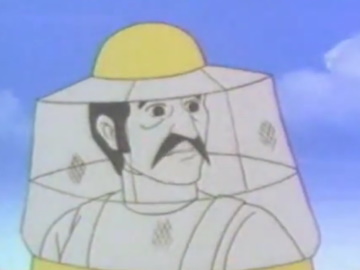 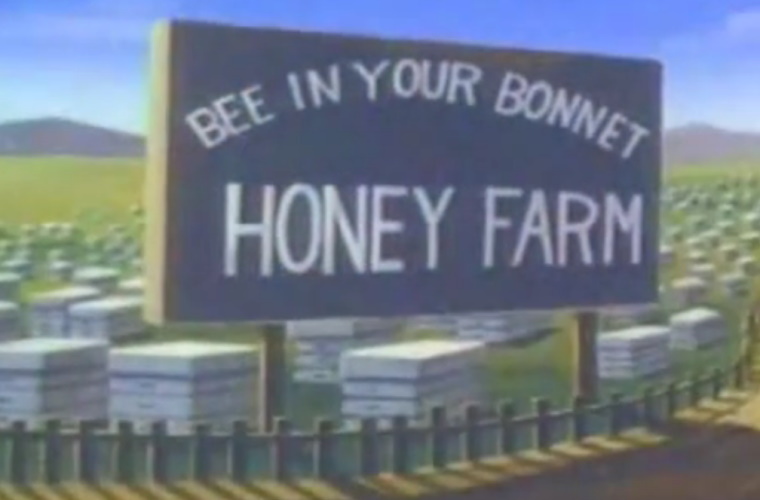 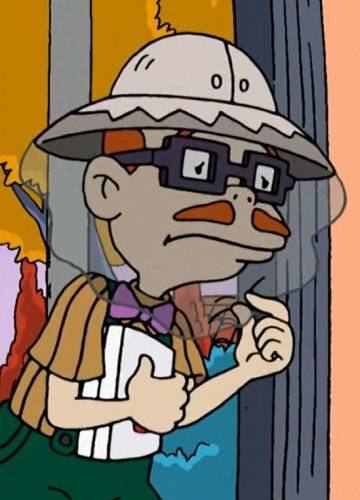