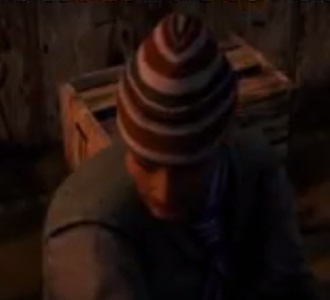 Fullan is a beekeeper who lives in the country of Kyrat, which is the setting of the game Far Cry 4. She was living her peaceful life there until the Royal Army (the game’s bad guys) discovered that there was gold on her property and kicked her off so they could have it for themselves. As the bad guys prepare to destroy Fullan’s hives with a flamethrower, she gets the game’s protagonist to go kill them all.

Fictional beekeeper aficionados (so, basically just me) will notice that this is almost exactly the same deal as Holofernus Meiersdorf. An open world game where a beekeeper is in danger and needs the hero’s help. It should come as no surprise that I, the guy who is trying to spread word that beekeepers are badasses, am not a big fan of that. Still, Fullan was probably perfectly good at being a “normal” beekeeper, and I like to think that when she gets her land back all that gold helps her become even better off. But still, man. Not a big help to my ongoing thesis here.