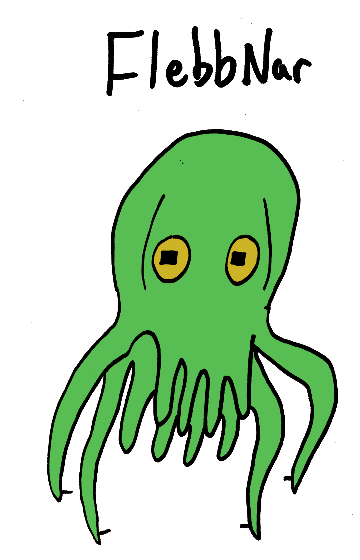 On the planet of the Cagloms, which they call Arvamm, the surface is only 30% of the surface is covered in water. Life does exist on the vast dry surface, but the Cagloms live in the small, though deep, oceans. Caglom society is eusocial, with breeding queens and worker castes and all of that, similar to Earth insects. All the Cagloms in this post are workers, as the other castes are often so mentally different that humans would find them too alien to relate to.

Cagloms are not confined to their homeworld. For generations Arvamm has been part of the greater galactic community. Dr. Lykstam of the League of Space Doctors is a Caglom, though the disease that group primarily fights has never reached the Caglom’s area of space. Cagloms, being aquatic, have also visited the Pllvm, who are new to the space community. 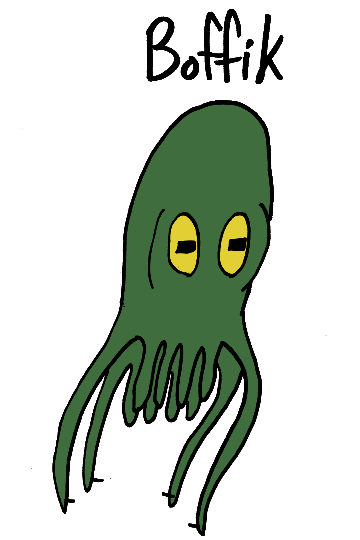 FlebbNar is a tender of the food storage facilities in his region. The Cagloms are a technologically advanced species, but the habits of their food storage have been passed down from their earlier days. They keep the colony’s entire supply of food in a large room near the queens. It is FlebbNar’s job to maintain that room and make sure none of the food spoils. The latter almost never happens anymore, but FlebbNar still has a job perk of being allowed to take the oldest food for personal use. It’s a sweet deal an FlebbNar and her friends enjoy it.

Boffik is a designer of life support packs that Cagloms can wear to exist in the waters of other planets (such as the Pllvm homeworld) or even in air. Most of the most important advantages in these packs were made long ago, but Boffik is especially focused on trying to make them smaller and lighter. Currently, Boffik is currently trying to convince the colony that she should be allowed to travel to alien worlds and examine their technology for ideas. 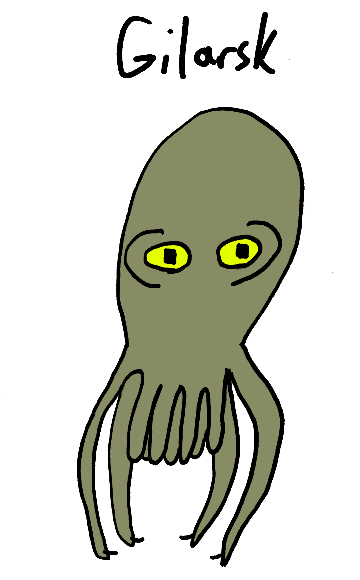 Gilarsk is a master artist who has created sculptures enjoyed not only by the Cagloms, but even by visitors from other planets who have taken sculptures back to their own worlds. That is pretty impressive, but Gilarsk has a dark secret: she doesn’t really know what she’s doing. She just chisels out sculptures until she thinks they look okay and everyone tells her she’s a genius. She is worried that her luck will run out and she’ll be exposed as a fraud, but there has been no sign of that happening any time soon.

A Fact About Cagloms: The longer tendrils of a Caglom have sharp barbs that can be used to inject acidic fluid into a target. Most animals on the Caglom homeworld are adapted enough that the fluid will only knock them out, like a poison, but injected into species from other worlds, this fluid can do incredible amounts of damage, completely melting some of them within seconds.