The League of Space Doctors

“The Mutant’s Curse”, “Malevolent Entity Disorder”, “Space Horror Disease”. These are all names for an apparently intelligent and definitely evil virus-like lifeform that has been spreading to various alien species trying to reach all the corners of the universe. The League of Space Doctors is an organization made up of representatives of many alien species that have banded together to put an end to the virus’s spread.

Dr. Vedzax was a Space Doctor who was covered during Superhero Sunday year. Now we shall meet some of his allies: 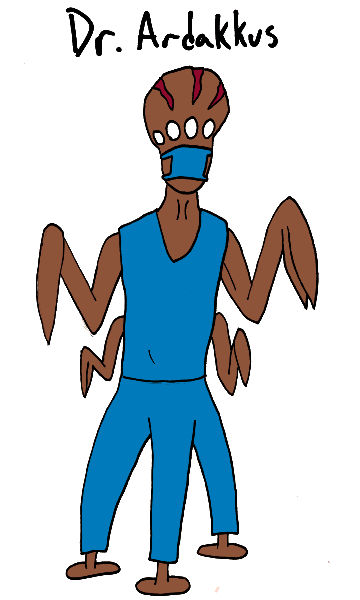 Ardakkus is a close friend of Dr. Vedzax, both of them having been in the Space Doctor Academy at the same time. Sadly, Ardakkus is one of the last few survivors of the Urvarkan species, their homeworld having been ravaged by the virus that the Space Doctors came together to fight. After witnessing the destruction there, Ardakkus joined the Academy and became one of the League’s most talented surgeons. 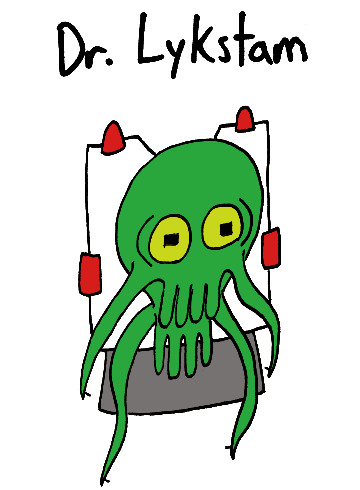 A member of an aquatic species that must use a special backpack that keeps her moisturized, as well as allowing her to fly around, Lykstam specializes in battlefield medicine. The virus has been known to use wars as a means of entry into various species, so the Space Doctors try to help out when possible. There is some division among the League about how much time should be spent working on health issues apart from the virus, but Lykstam is a proponent of helping wherever needed, whether the virus is present or not. 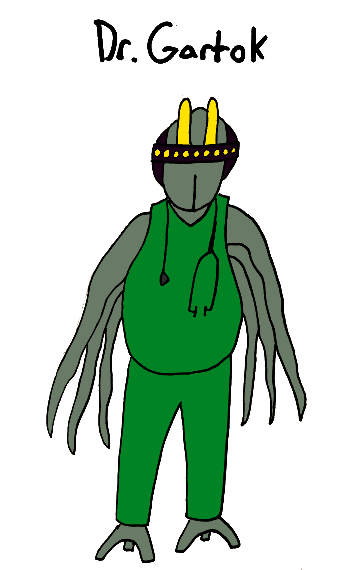 All of the Space Doctors have been through trying times, but Gartok was in charge of clearing the virus out of the Hezzitar System, but failed. Millions of beings died because of that failure, a fact that weighs heavily on Gartok. Other Space Doctors are worried that the stress may cause Gartok to make more mistakes in the future, or spin into depression and even become suicidal, but Gartok refuses to stop working. Still, even Gartok can’t help but notice the quiver in their tentacles that were not there before. 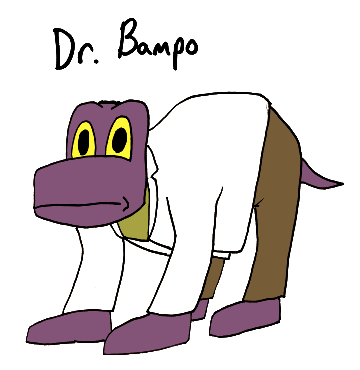 Bampo is a magnificent genius. Though Bampo is a Fleddian, a species that does not possess hands that would make medical work more easy, Bampo has a brilliant mind capable of recognizing symptoms and making diagnoses at lightning speed, as well as charting the potential infection path of the virus. Bampo also takes on interns as assistants, helping them to learn enough to become the next generation of Space Doctors. 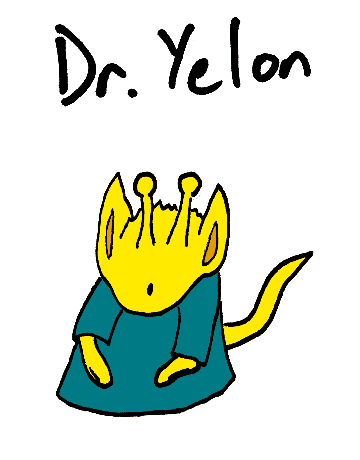 Dr. Yelon is from a species that has not yet made contact with other alien races and Yelon intends to keep it that way. Yelon happily works as a Space Doctor, with special sense organs that essentially let Yelon see inside of patients, but is always concerned about the possibility of the virus making its way back to their homeworld. As a result, Yelon is very secretive, even among the other Space Doctors.