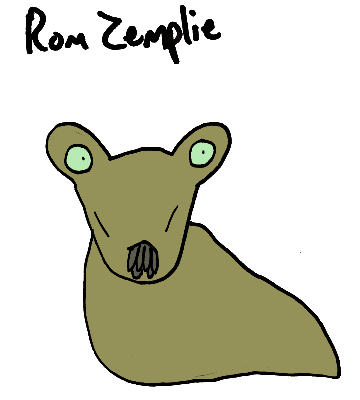 The species known as Redak Sovens look like massive snails to humans, but they are actually an incredibly tough lifeform with regenerative powers that make them almost immortal. In spite of their toughness, though, their world has been conquered by magical mutants from a fantasy world known as the Efmons. While the invaders have established a base on the world, and they reward those who convert to their religion, for the most part they leave the Redak Sovens to themselves.

Cot Rondar, a member of the Efmon Space Commandos, is a Redak Soven. 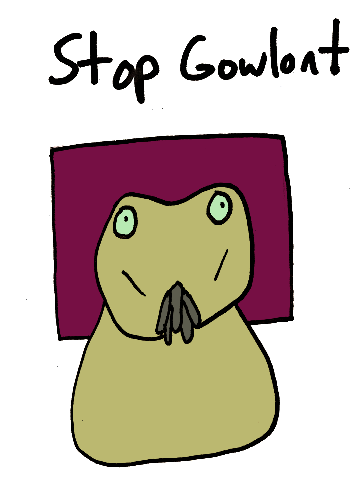 Redak Sovens value being tough, and Rom Zemplie proves how tough it is by eschewing the technology that almost all others of the species carry on their back. Rom figures that relying on anything that isn’t innate is a sign of weakness, and often that does impress the others, who are then willing to work for Rom, and use their technology to Rom’s benefit.

Stop Gowlont is an old school type. Unwilling to accept the Efmons as being rulers of the world, Stop likes to challenge Redak Sovens who are loyal to them to duels. Because they are so tough, duels among Redak Sovens are never to the death (it would take too long), so even if Stop is unsuccessful, at least some pain has been inflicted on the enemy. But Stop actually does win often enough that the Efmons are taking notice. Stop is the first of the conquered species since the invasion who the Efmons have decided is worthy of being wanted, dead or alive. 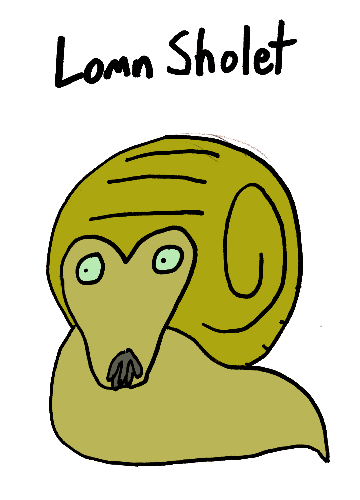 Lomn Sholet is, like many Redak Sovens, picking up little bits of mystical knowledge from the Efmon invaders. While not willing to convert to worship of their god Thalamaya, Lomn likes the ways that magic can improve life. Lomn is especially fond of finding ways to use magic to improve the technology they already have.

A Fact About Redak Sovens: While the Redak Sovens had not left their world before the Efmons arrived, and did not know about alien life, they actually had been visited by life forms from another planet in a nearby system. Those nearby aliens only came to study the local life. They would probably have made contact at some point, but when the Efmons came to their world, they put up a resistance and it has been going poorly for them.