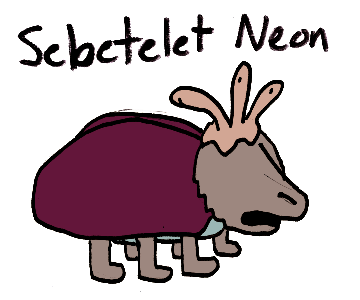 The planet Daleicnar is a very green world with thick forests covering almost all of its surface land. In these forests lives a six-legged species called Daleicnari. Although Daleicnari primarily use their sense of smell to interact with the world, they have a strange form of sight-organs that grow from their head. These eye-stalks continue growing throughout the Daleicnari’s life and can regenerate from any damage they take. The multiple stalks can allow them to see in a full circle around them. 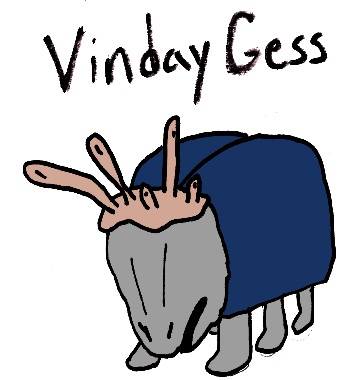 Sebetelet Neon is, according to the traditions and laws of the land, the rightful ruler of a large realm in the planet’s north. But that position has been usurped by the minions of an evil demonic being called Verek Harrm who has been slowly conquering the planet for generations. Now Sebetelet lives the life of an outlaw hoping to gather an army of supporters who can win back the lands from the evil forces.

Vinday Gess is a wizard in the employ of Verek Harrm’s armies. Working to conquer the world for a demonic entity from beyond reality give Vinday a sense of purpose in life. In fact, the armies of Verek Harrm have some of the highest levels of job satisfaction on the whole planet. 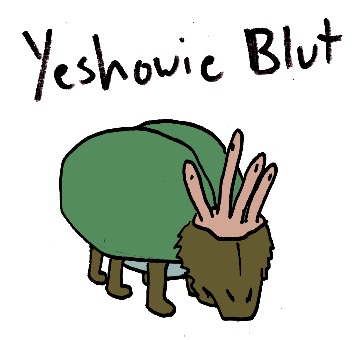 Yeshowie Blut lives a simple life in the southern realms, tending livestock and living a peaceful life with friends. But the forces of Verek Harrm have begun to reach into this realm and their propagandists are trying to recruit innocent people like Yeshowie to their evil cause.

A Fact About Daleicnari: The demonic entity Verek Harrm was brought to the planet Daleicnar when an assembly of realm-leaders tried to create a spiritual intelligence that would help them control the moons. Didn’t work.