The Efmons are a massive family of magically-enhanced world conquerors who were exiled from their home dimension. Trying to establish a new base of operations, they conquered the planet Zezwek. Using this world as a beachhead into the new universe in which they find themselves, the family have begun magically travelling to other planets and, when they find intelligent life, conquering. Their resources are limited, though, so when possible they have been recruiting the conquered alien species to their cause. This is a special forces team they have created with the intent of going into enemy lines for missions. 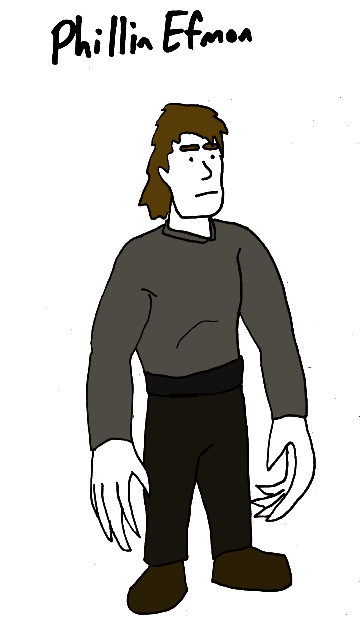 Phillin is a young Efmon, born after the family’s defeat in their home dimension. He was trained at a time when the family was pushing its hardest to return to power, and had to start young, and saw combat even before his ceremony that gave him his mystical powers, something which never would have been allowed on the homeworld. Phillin showed such skill as a warrior that it was decided he would be the perfect Efmon to keep the alien commando unit in line. 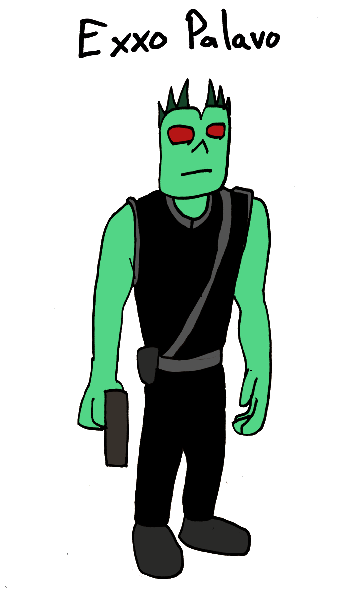 Exxo Palavo has committed wholeheartedly to the worship of the Efmon’s god, Thalamaya. Having fought the Efmons when they first began their conquest of Zezwek, Exxo saw such miracles as could not be explained but by magic. Any force that could make such things happen was beyond the scope of Exxo’s imagination. During a battle Exxo surrendered and was put in a prison. There, introduced to the teachings of the Efmon, Exxo never doubted the new faith and was rewarded with a chance to serve Thalamaya’s mission. 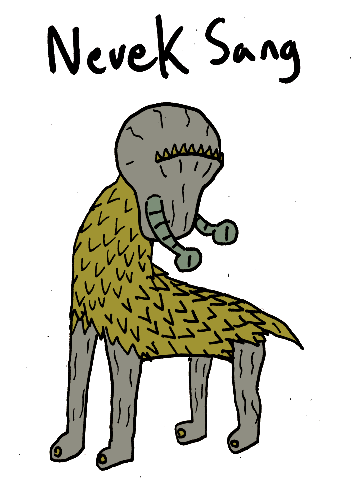 Nevek Sang comes from the nearest inhabited planet to Zezwek, and the species could hardly be more different than the Zezwek People. Voracious carnivores that prefer to live solitary lives, Nevek’s people actually had knowledge of certain mystical practices before the Efmons arrival, which only allowed them to sense the power of the invasion force. It only made sense to ally with such a powerful army, and they opened up their world to the otherdimensional family. Nevek is a particularly bloodthirsty example of the species, often going out of the way to make an enemy’s death more painful than it need be. 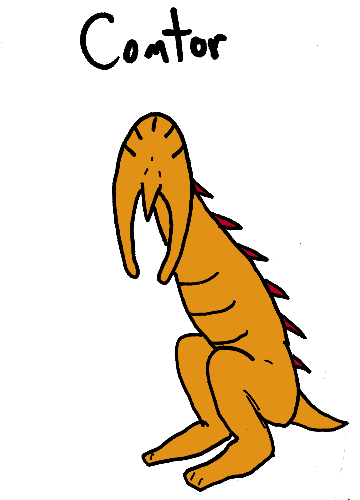 Comtor represents a species that is intelligent in the ways that we, as humans, consider important, but was not the dominant species on their world. Apart from some mild tool use, the species had not advanced technologically, and their small population was beset by the dangers of predatory species and inclement weather. The small predatory species would hunt game, running faster than cheetahs, but were often driven outperformed by flying animals. When the Efmon forces arrived on that world, Comtor was one of the first beings inquisitive enough to investigate, and that is how the Efmons discovered their intelligence. The species has now been introduced to advanced technology and suddenly finds itself living at the top of the food chain in what seems like a magical paradise. 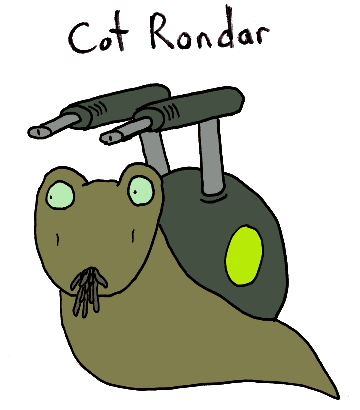 Cot Rondar is the team’s tank. A large snail-like creature, Cot’s regenerative cellular structure makes it almost impervious to most damage, and its strength makes it ideal for carrying heavy weapons and supplies. Cot actually has no technical loyalty to the Efmons in general, but is from a species whose hierarchy is designated by shows of dominance. The Efmon’s invasion of Cot’s planet proved that they are the alphas in that galaxy.