This week it is aliens who are supervillains. 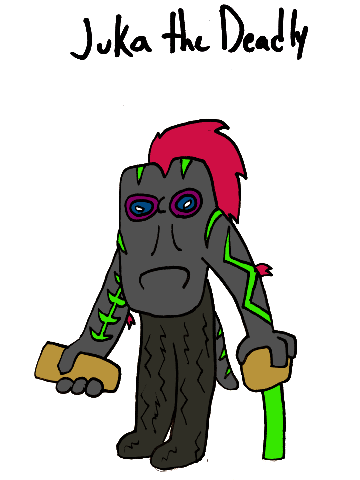 Planet Szunkring is full of advanced technology, but few are more advanced than Juka the Deadly. Juka is from a Szunkrun culture that believes a person only really has power if their technology is inside them, and therefore eschews the robots and devices that other Szunkruns use to make their lives easier. But Juka has developed the planet’s most advanced nanotechnology and has injected it in his own body. Now with all sorts of powers over electricity and magnetism and the like, Juka wages a war against all the machinery and robots of the rest of the world, thus coming into conflict with the hero Montoroloxi the Magnificent. Juka would be a different kind of enemy for Montoroloxi, whose regular opponents are just corrupt businesspeople and their enforcers.
Universe: Orange 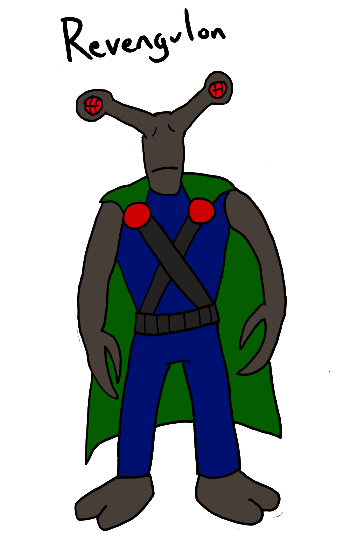 The alien criminal mastermind/warlord/villain called Revengulon is a recurring foe of the superhero called Noblewoman. At some point, Noblewoman stopped one of Revengulon’s evil schemes in deep space, so now, befitting their name, Revengulon pours all sorts of resources into getting revenge. Revengulon has used all sorts of tactics (armies of robotic soldiers, hired alien mercenaries, giant mechs, anything at all) in attempts to defeat the hero and conquer or destroy the Earth (depending on Revengulon’s mood).

If I got around to doing stories for Noblewoman, Revengulon would mostly be a running joke. If I need a story to start with some action, or if there has to be an ongoing fight outside while the real plot is going on inside, those are the kinds of places where Revengulon would allow me an easy set piece.
Universe: White 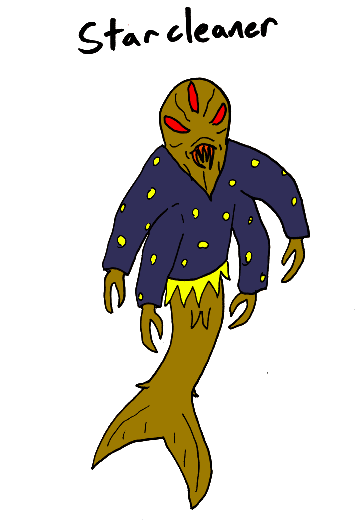 Every now and then a being is born with a connection to the multiversal axes, allowing them vast mystical abilities. These are the types of individuals that the Order of Wallfixers seek out and try to recruit. But the vastness of the cosmos means that they can’t reach them all and set the on the right track. The Starcleaner developed its powers all on its own and has set about using them in whatever way it wants. Oddly, the way it wants to use its powers is this: The Starcleaner will bring itself to a new universe and find a star it likes. It will then proceed to remove anything that orbits the star, including comets and asteroids and even inhabited planets. The Starcleaner has never made any effort to communicate its mission, but as far as anyone can tell, the mysterious creature just prefers the appearance of stars with nothing around them and doesn’t care if it has to kill whole species to get it just right. This use of its powers does not actually damage the walls of reality, since the damage is contained within the universes the Starcleaner visits, but the Wallfixers still consider it an enemy because they recognize it must be stopped.
Universe: Wherever It Wants