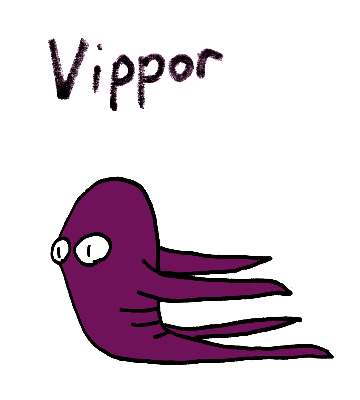 Vurjileod, an ocean-filled planet whose dominant species calls itself by that same name, is a place of high magic. This is the world that gave birth to the Universe Wizards, an event that caused the species to nearly drive itself to extinction. While Goolo is travelling the cosmos in a noble quest, most of the once-scattered Vurjileod population is now trying to reconvene at the world of their origin to rebuild their numbers, and find a way to repair the damage their magic-abusing ancestors have caused. The occupants of the world try to keep its location hidden, because many other species were also damaged by the Universe Wizards and some of them want revenge. 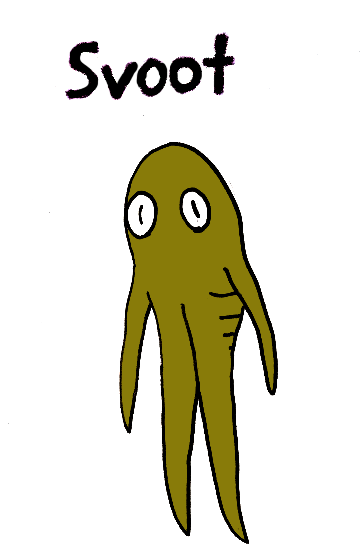 Vippor is a young Vurjileod who believes that the best way to right the species’s wrongs is to abandon anything that might be considered “magic” ways. Vippor now lives only in the oceans, essentially trying to return to an animal state of being. While most see this as a ridiculous overreaction, the numbers of those who believe in this lifestyle is growing.

Svoot was born on a world far across the universe, one of the farthest colonies of Vurjileods that ever was to exist. That planet, though, was attacked by an enemy species and only a small handful of survivors made it to the homeworld. Having seen the greatness that the Universe Wizard powers provided, Svoot could never think of giving up the access to the “magic” ways. Instead, like most of the population, Svoot is more interested in how to use the magic more responsibly and keep it out of the hands of those who would use it to damage others. 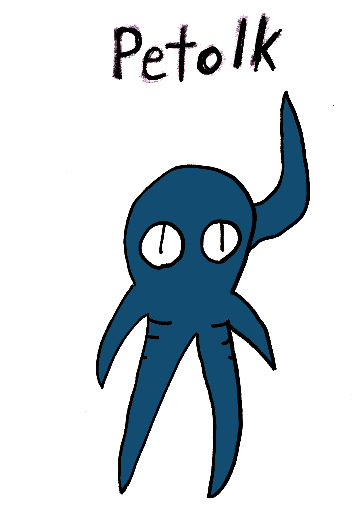 All Vurjileods are born with only their two lower limbs (we’d call them legs). The process of gaining their upper limbs is a painful one. First, a wound needs to be cut in the spot where the limb is to grow, and then an arduous healing process that lasts months and requires a relatively massive food intake occurs as the limb grows. Most Vurjileods are therefore happy with a mere two limbs, but some, like Petolk, think that more can be useful. The thing is, Petolk doesn’t even have an occupation in which having an extra limb is particularly useful. Mostly, the extra limb is a status symbol that shows either Petolk’s strength or foolishness, depending on who is judging.

A Fact About Vurjileods: There is actually a relatively large Vurjileod population located on a prison world ruled by the evil Universe Wizard Karradak, though those on the homeworld are entirely unaware of them.