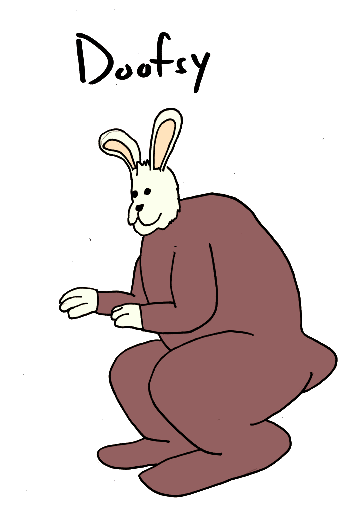 The Trabban homeworld is one of varied climates and regions, but one dominant species has taken over. The Trabbans have no concept of nations or tribes, and a single Trabban language is spoken worldwide. This single culture hasn’t had a lot of reason to change over the years, so for hundreds of generations, their technological level has been stuck at a level comparable to our middle ages. Also, they kinda look like rabbits.

Doofsy is a farmer of the fungus-like food that makes up a large portion of the Trabban diet. Farms like Doofsy’s are large tunnel systems that need to be kept damp, but the farmers have to be on constant watch for lobburs, which are large worm-like creatures that love to dig into the tunnels and feast. Doofsy, unfortunately, has a strong fear of lobburs, which can make the work pretty hard. 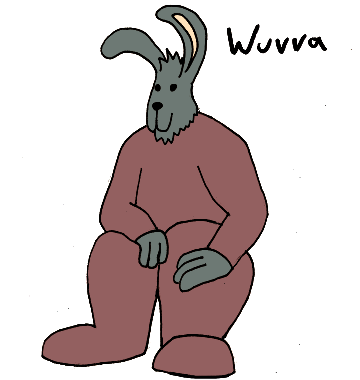 Wuvva is a producer of the one type of clothing that Trabbans wear. It is a known fact that in ages long past Trabbans used to wear different kinds of clothing, but once the current style was designed, nobody saw any reason to wear anything else. Trabban clothing is probably the most advanced technology on the planet, creating a sort of internal climate that keeps the wearer at an ideal temperature, resists all sorts of physical damage, is ultra-hygienic, and even feels comfortable. They’re so great that Trabbans don’t even care about variety anymore. Trabbans like Wuvva have to study for years to make them, but are very respected by their peers for their work. 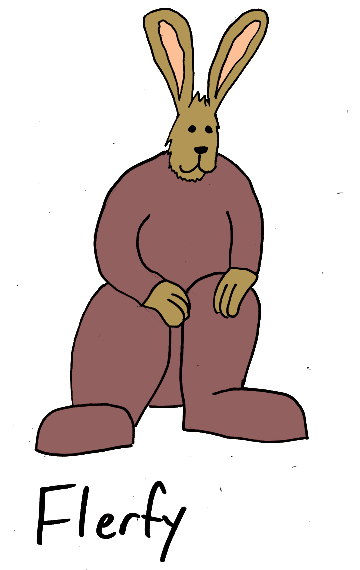 Flerfy is a sky sailor working on the zeppelin-like ships that are the main source of long-distance travel on this world. This form of transportation is one of the reasons a single worldwide culture is so possible. But Flerfy doesn’t care about that. Flerfy is convinced that there is still new and exciting things in the world, even if nobody else is looking for them. Seeking novel experiences, Flerfy now sails the skies into the least populated regions seeking any kind of danger or thrills or adventure. It seems entirely likely that if anything interesting ever happens to the Trabban homeworld, it’ll be because of Flerfy.

At this point it is a tradition for me to do something rabbit-related in every Super Sunday theme, so this is the one for this.