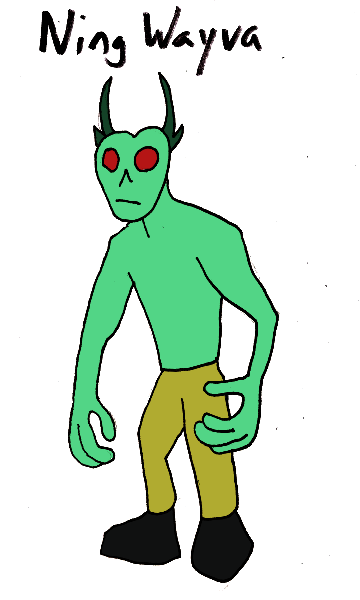 The planet Zezwek is occupied by an otherdimensional invasion force. Only a generation ago, the Zezwek people were spread over the planet, various nations and cultures and tribes. They are a herbivorous species who, in most of their cultures, were ruled by councils of elders. Then the Efmons came. A family of mystical warlords from some other cosmos, the Efmons conquered the world fairly easily. Towwa Efmon, who resembles a Zezwek person, has been put in place as Master of Zezwek and all the varying cultures have been united as one under their rule, as slaves.

Though the Efmons used force to conquer the planet and to maintain their hold against uprisings, they ultimately don’t want the people of Zezwek to remain slaves. The Efmons want loyal subjects. With that in mind, they now work very hard to convert the locals to the worship of their dark god Thalamaya. Given that they have visible mystical powers on display, many locals are willing to go along with it. 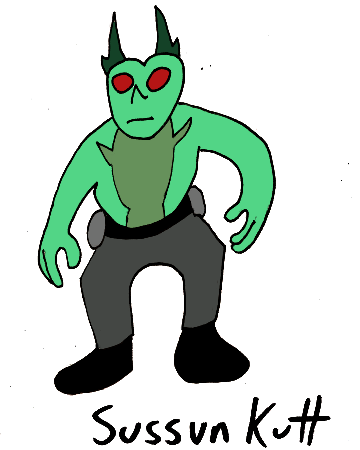 Ning Wayva, is a convert to the Efmons. Ning fought against the Family when they first arrived on the planet, but after the locals were defeated, the Efmons allowed Ning a chance to serve in a new army to keep the rebellious Zezwek locals under the Efmon thumb. Ning is especially excited about the Efmon’s promise that someday the army will be strong enough to seek out other worlds to conquer.

The younger generation, such as Sussun Kutt, have grown up under Efmon rule and don’t know anything else. While the cultural norm for the species is a respect for elders, the Efmons have been trying to introduce an attitude of youth-worship. Sussun Kutt, being loyal to the Efmons, has been promoted as the world’s first celebrity idol. Instead of being like successful elders, the Zezwek youth are told that this is how they want to act, this is who they want to be. As with so many similar situations on Earth, this is having an adverse effect on Sussun, the idol themself. 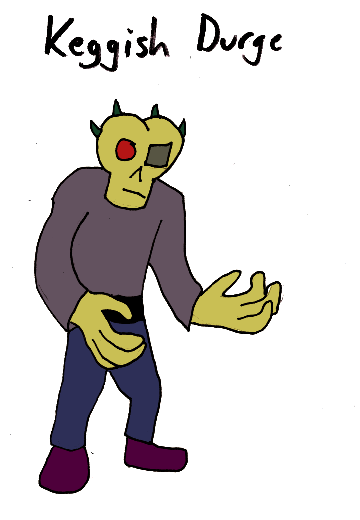 Keggish Durge was once a respected elder in their nation. Keggish wants nothing to do with these strange beings who claim to be from another world. Keggish leads a resistance that makes their base in caves near one of the planet’s shipping ports. Keggish lost an eye in a fight against Wabatose Efmon, but that has not stopped Keggish from repeatedly trying to breach the family’s portals to sabotage them on their own turf.

A Fact About the Zezwek People: If they ingest dirt, the Zezwek people can regurgitate it into a claylike substance which hardens into a strong but flexible material which is often used when constructing buildings. It is especially helpful at the base of buildings in tectonically active areas, as the material’s flexibility helps buildings withstand earthquakes.