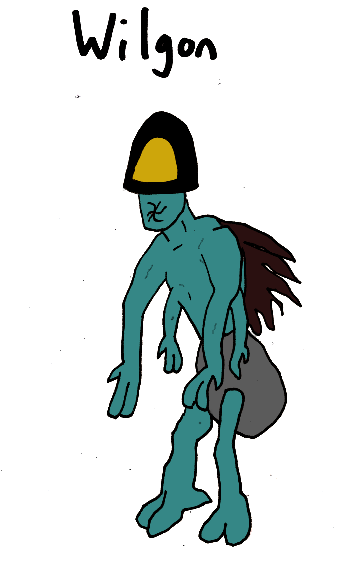 These people, from the planet Hivrhin, call themselves, in their language, the Ones. This is a reference to the fact that, though they now enjoy a strong sense of individuality, the species evolved from animals with insect-like hive mentality. Though they treasure their sense of self now, they still strongly believe in working together as a unit for a better society. That’s more than some other species can say.

That does not mean that there is total peace on Hivrhin by any means. While any individual “city” (their word for it is close to colony) is likely to be a very pleasant place, there are still conflicts and even wars between different cities.

Living in the Northernmost City, Wilgon is a member of the worker caste (though that is now a conscious choice, rather than a biological imperative) and she works at the planet’s largest spaceport. The species has been reaching into the stars for several generations now, and made contact with other worlds. It is rare for other species to visit the world. If they do, however, this likely the city they are going to see. As such, Wilgon has gotten a taste for other worlds and longs to one day get a job working on another planet. 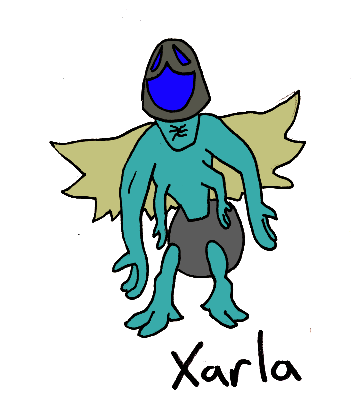 Xarla is a worker for another city. She maintains the Queenhouses, which, as one may expect, house the city’s queens and their young. That particular city is at war with a neighboring one, and attacks on the Queenhouses are depressingly common, so Xarla has had to do a fair bit of fighting in between repair jobs. She has grown quite despondent and questions the meaning of what seems a futile life. Thanks to this, she is susceptible to a cult that has been growing in that city, trying to convince the people to begin a campaign to wipe out the rest of the cities and become the only lineage of the Ones. While Xarla is not yet fully on board with it, she enjoys the meetings with others who similarly feel that the world is not as it should be and that this could be a solution. 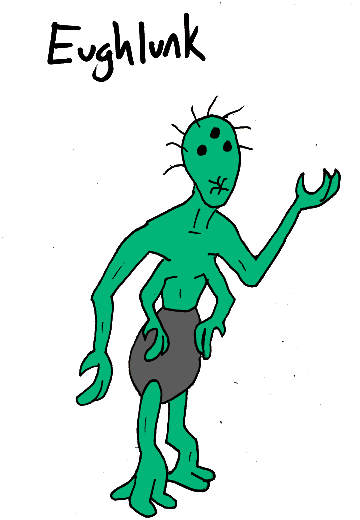 And Eughlunk is from another city, one which is located on an equatorial island. People there are known for farming, using small animals and harvesting a sugary dew from them. The city has grown rich by selling this dew to the rest of the world, and Eughlunk works as an educator for the city, showing the younger generations how to do the business. On Hivrhin, educators are actually well rewarded for their work, so Eughlunk lives a life of great luxury. There is even a good chance he will one day get to provide his genetic material to the queens to create a new generation.

A Fact About the Hivrhin Ones: The Ones do not have any popular form of fictional stories. It’s not that they can’t fathom it, they can understand why it might appeal to other races, and they can lie when they want to, but the idea of creating stories about events that don’t exist has never caught on among them.