The Order of Wallfixers is a multiverse-spanning group of alien wizards. Every now and then, a sort of glitch occurs and a sentient being is born with an inherent mystical power to travel between universes. It’s extremely rare, but in the infinite expanses of countless universes, rare things happen more often than one might suppose. Here’s some of them: 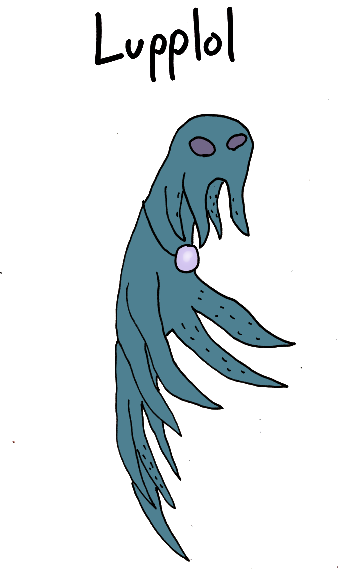 Lupplol was an ordinary kid growing up in the seas of the Pllvm homeworld. It seemed likely that he’d go into the family business, herding foodfish, but he always wanted something more. But suddenly, a dark force appeared in the local oceans: a dark force from Beyond Space and Time! Leeching off the life-energies of the Pllvm, a daemonic monster began to materialize, an army of warped Pllvm serving as its minions. Lupplol’s family was among those converted. The boy’s life was ruined, until a strange visitor, also from another world, came and showed Lupplol the vast power within him. Using his new-found magical ability, the boy banished the dark force, ended its threat to his world, and took his place among the Wallfixers. 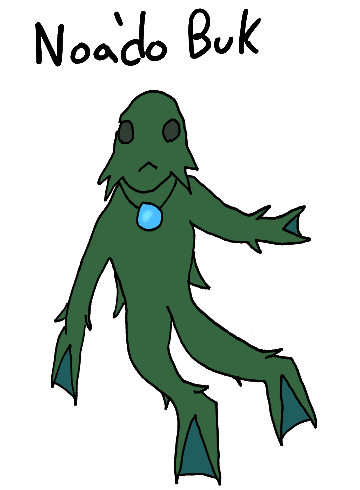 Noado Buk was trained by Dryon Veha, one of the most powerful Wallfixers of all time, but Noado’s sights were never set as high as Veha’s. While Veha thinks of things in the large scale, combatting threats that a mortal mind can scarcely comprehend, Noado prefers to help individuals on a smaller level. At first there was contention between mentor and protoge, talk of squandered potential, but Noado argued that making things better on the small scale would add up to things being better on a larger scale. Veha was satisfied and now Noadu wanders the cosmos doing good wherever he can.

Okay, I hadn’t hoped to get into these guys so quickly, because the Wallfixers are my “buffer” characters for Supernatural Sunday year. They’re easy to make up and I can post a couple whenever I have had a week in which I couldn’t get something better done. This was such a week, so here are some of them.

One thing that always bothers me in stories about multiple universes in peril, especially in comics, is how human-centric everything is. In comics any such story (in which the universes are explicitly called Alternate Earths) and the fate of these universes always falls in the hands of the human heroes. I’m sick of anthropocentric bias and I’m going to fight it as much as possible. That’s what the Wallfixers are about. If there are any humans in the group, they’re an extreme minority. Both of today’s Wallfixers are aliens from aquatic worlds (one of those worlds we have seen before) because not breathing air separates them from humanity even more.

We’ll see more of these guys eventually, but hopefully not too soon.