Once again I dip into my buffer of alien wizards because I didn’t have time to scan and color the Supernatural folk I drew this week: 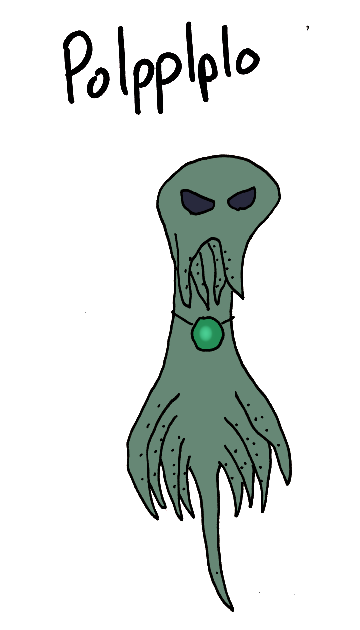 The Pllvm homeworld of Polpplplo’s universe was highly advanced, the capital planet of a federation that spanned a dozen star systems. Polpplplo was part of the crew of a comet-snaring ship, a ship that, as one might expect, captured comets and other sources of ice in space to use it in the process of colonizing worlds. When, on one occasion, this ship was damaged and it seemed like all was lost, Polpplplo instinctively used his magic potential to transport the whole shop through space and time to a pocket dimension. He and the crew were stranded there for years before the Wallfixer Dryon Veha discovered them. After returning the crew to their homeworld, he accepted Polpplplo as his newest trainee. 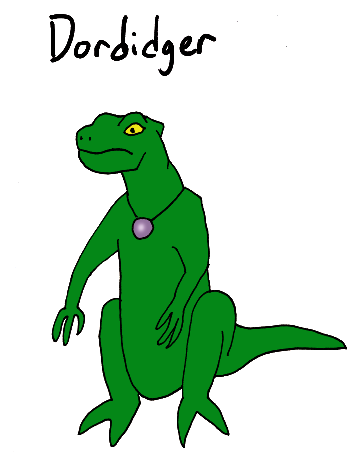 Many who are brought into the Order of the Wallfixers are discovered when they are adults, after some traumatic experience that brings their powers into notice, but Dordidger was only a few years old when a Wallfixer named Tacessa Medt noticed him. Dordidger’s species was not one with strong familial ties, the young were left to fend for themselves. So, with nothing tying him there, Dordidger happily signed on to train as a Wallfixer. Studious and helpful, Dordidger became the ideal Wallfixer. Often Wallfixers work in a solitary fashion, but Dordidger became part of a group that tend to work together dealing with issues like cross-universal wars.

The thing about Dordidger is that he first appeared in a book I once tried to write and then it was lost when my computer died. I didn’t mention it in that post, but the story of Paco McZap was the place where I first utilized the Wallfixers, well before I brought them to Secret Government Robots. In that story, Paco forced Dordidger to help him cheat on tests.