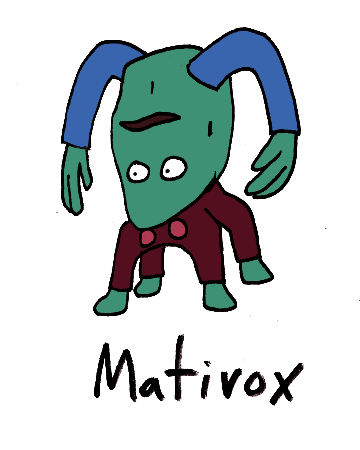 The Jawmeodds are a four-legged species who have two arms growing out of what we might call their head. They have a large mouth on their forehead with a frog-like projectile tongues. Though they live underwater, the Jawmeodds are actually unable to swim, instead walking on the floors of their world’s oceans and lakes. Jawmeodd culture is currently very fragmented, with thousands of individual nations spread over the planet (which, in their most prevalent language, is called “Desthup” which is their word for “All Waters”), and there is political turmoil and war, all the things you’d expect. Most of these nations are made up of theocracies who worship the souls of the founders of the nation who they believe have ascended to godhood (often, the supposed founders are purely fictional anyway, the real founders having been long forgotten). 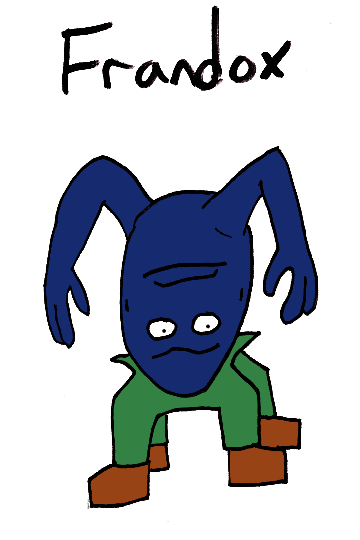 Mativox is a denizen of the shallowest nation on the planet, Etekko. There are parts of Etekko where one could wander so close to the shore that one can stick their hands above the surface (though this is risky, as there are predators up there). Mativox is the Jawmeodd equivalent of a fisherman, except Jawmeodds have traps that float to the surface and attract animals there, which are then caught and dragged below to drown. This occupation exists in all the nations on the planet, but most of those are further from the shore, so they can only trap the planet’s numerous flying surface animals. Etekko’s, and especially Mativox’s, specialty is rare land-dwelling delicacies that are the exported across the planet bringing much esteem to the nation. 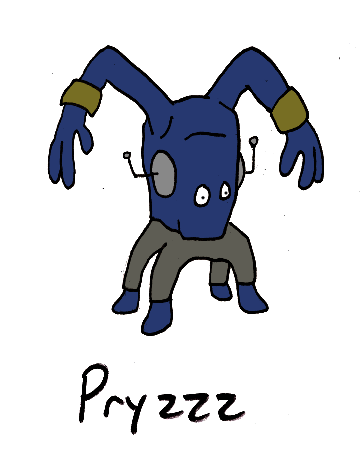 Pryzzz is an ice manufacturer. The temperature on the planet never gets below freezing (except on mountaintops that have never been seen my Jawmeodds), so the discovery of ice was fairly recent and, as of this point, can only be achieved in technologically advanced nations, and even there, ice manufacturers are seen as the height of intellectual types (the way people might talk about “rocket scientists” on Earth).

A Fact About Jawmeodds: There is a form of art on Desthup that involves creating a box, the inside of which is covered with interesting textures. The viewer will go inside the box, unable to see or hear outside, and feel the textures.