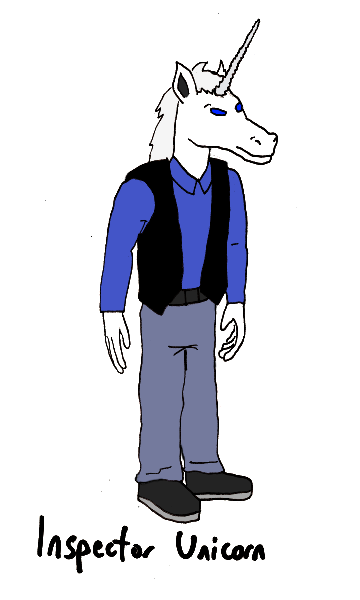 Apparently police procedural shows are a big hit phenomenon thing. There’s like ninety of them. I don’t know of a single one that stars a unicorn man. PDR proposes we should fix that.

Murders happen in the big city every day. What is less frequent is murders that are overtly supernatural in nature. But lately, things have been getting weird: Trolls found shot to death and left in garbage bins. A mass grave of fairies unearthed in a public park. Mermaids have been dying in gang fights down by the docks. Magic wands and voodoo dolls are turning up as murder weapons at an alarming rate. It’s terrible. Luckily for everyone, Elton J. Unicorn is on the case. As the newest member of the police forensics team, supernatural history expert Elton seems aloof and arrogant to his colleagues, but he gets the job done, and that’s what matters.

For the show to work, everybody else on the team would have to be normal-human-type chumps, but victims and criminals could be every kind of mythological person you could think of. That’s something you won’t get on those other shows. Also, eventually I’d have to have some story where Elton meets the Panda Detective or Securitaur. 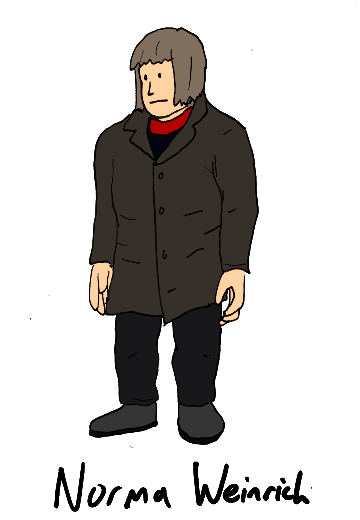 Norma used to be a ghost and as far as she knew, that was the sort of thing that was supposed to be permanent. She’d been killed in a train accident decades ago, and spent the time after that as an unseen presence in a train station. She could tell that she was supposed to move on to somewhere else, but never worked out how to do it. So she wandered the station for longer than she’d even been alive. Things changed very suddenly. Norma “awoke” suddenly, physically being pulled out of some rubble by rescue workers, being told that lightning had struck the station and caused an explosion. The medics are treating her as if she’s suffered amnesia or brain damage or something, but Norma knows the truth: she’s alive again. But she has no idea how or why.

This is one of those cases where I had a sketch of a person and absolutely no story in mind. I whipped up the above at the last minute. Sometimes characters like that have woven themselves deep into my mind. Let’s see if it happens again.