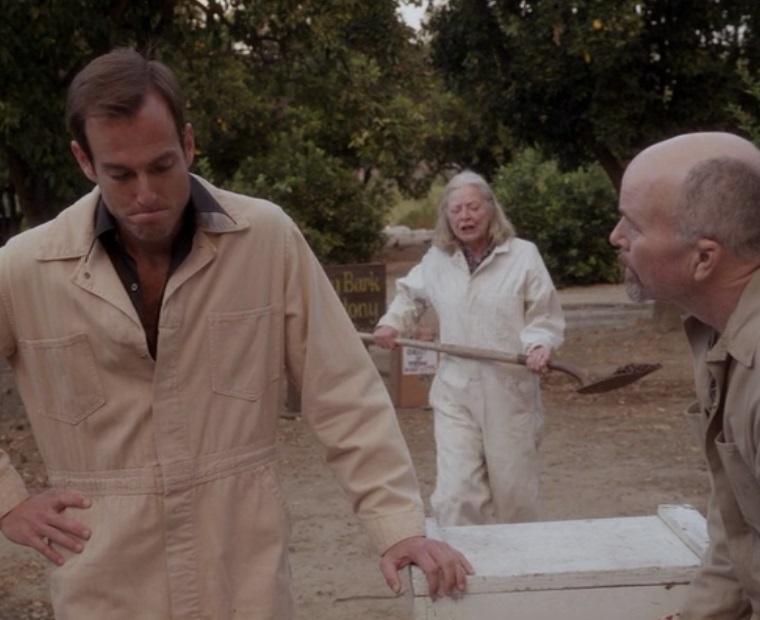 George Oscar Bluth Jr. could have been an ideal example of a beekeeper, but his development was stunted by his less than virtuous personality. Born into a rich family, G.O.B. was overwhelmed by all the pressure to be bright, and wound up as a pretty big jerk. Still, he’s a beekeeper. He must have something going for him, right? Let’s find out: 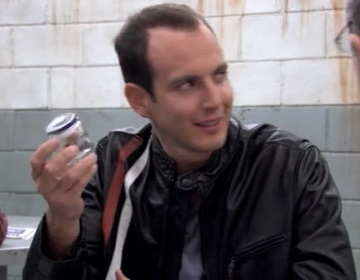 G.O.B. got on board the bee business mostly to spite his family. Even though his business plan isn’t particularly well thought out (“How do you make money from it?” “You know, honey. Or just as gifts.”), he’s stuck with it a lot longer than many of his schemes. For a time, G.O.B. kept his bees in his apartment, keeping them in line with his magic smoke, which is pretty badass. Unfortunately, this only resulted in a very sick swarm of bees (“My bees are dropping like flies, and I need them to fly like bees.”). He kept them at an expensive bee hospital, but got kicked out of there because his bees were a risk to all the other bees in the place. After that, he kept them in a limousine. This is, perhaps, the best phase of his beekeeping career. Not because he’s at all successful, but because he gets to identify himself as a “gentleman honey farmer” and his swarm attacked an entourage of young celebrity jerks (though G.O.B. didn’t even notice). That’s a plus. 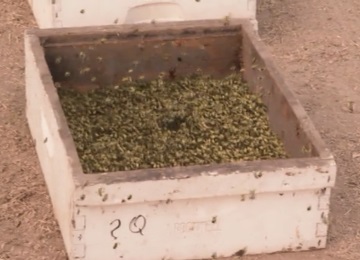 Okay, he’s not good at realistic-style beekeeping, but that’s not what I’m about here. G.O.B., like all the best beekeepers, is more than just a beekeeper. His primary occupation is magician. Magic beekeeper? That’s a good combination. Or it would be, if his magic career wasn’t full of failures even more spectacular than his bee business. Okay, but what about fighting prowess? G.O.B. is pretty prone to getting into physical altercations (usually with his brother). But he’s not particularly good at that either. And Beekeeper Rage? Well, G.O.B. manages to circumvent that one by not being beekeeper enough to attain it. He’s got plenty of regular rage, though.

So what is the final countdown of G.O.B.’s score? It’s not good. I gave the beekeepers from the Simpsons a bonus for just being from a great show, and Arrested Development is certainly a great show, but I can’t do that for G.O.B. His failure is just too strong a part of the character. And I don’t think he ever collected a single bit of honey. It’s almost like they were trying to make him comedically bad at the job. Come on!

One Honeycomb out of Five. GOB Bluth is possibly one of the worst beekeepers in the history of beekeepers, but he’s still pretty great. Maybe when the show comes back, he’ll find some success and get the last laugh. He’ll be the laughingstock of the beekeeping world.